How Do People Celebrate Halloween?

Though the history or origin of Halloween is unknown to many, it has become a very popular occasion nowadays celebrated by both kids and grown-ups on the eve of October 31st. In fact, a week or two before All Hallows Eve (the evening before All Hallows Day or All Saints Day which is on November 1st), scary decors are all over the mall and different monster masks, witch's hat and all sorts of costumes are for sale.

Like many, you might be a bit busy thinking about which costume to wear at a Halloween party. Or you might be preparing to dress up your kids for that school event or trick or treating. If you enjoy watching horror films, then the Halloween season is the perfect time to go to the movies together with family and friends.

Halloween in the Past

According to traditions, Halloween has got something to do with the beliefs of the ancient Celts in Ireland and Great Britain. At the end of the harvest season, the Celts have a festival known as Samhain. It is believed that, during this time, the spirits of the dead visit the living and try to possess their bodies. To prevent this evil from occurring, the Celts light bonfires and dress themselves up in different scary costumes in the hopes of driving away the spirits of the dead.

Whether people really believed that Halloween story or not, it has been part of the annual tradition of many to celebrate the season. Varied Halloween decorations, costumes, games and food are particularly prepared at this time. We will tackle a few of the popular ones here.

Children dressed in different costumes knock on the door of neighbors and say "Trick or Treat?" A welcoming neighbor may give candies or sometimes money. This yearly tradition is called Trick or Treating in the US or souling in Ireland and Great Britain. In Scotland, it is called guising where the children had to earn their treats either by singing or telling a ghost story.

Little do the kids (and grown-ups) know how this practice was done originally. In Ireland and Britain, the children or the poor people go from house to house and offer singing or praying for the dead of the homeowner in exchange for cakes.

In the Philippines, there is a similar practice to this called "Pangangaluluwa." In some provinces, on the eve of November 1, a group of people go from house to house singing songs and asking for alms and prayers. Usually they are dressed in white blanket symbolizing souls stuck in purgatory. Failure to give them anything will results in playing some tricks on the homeowner such as taking away their slippers or livestock.

Speaking about Trick or Treating, many are looking into various Halloween costume ideas. Some would rather make simple ones at home to save some bucks while others would go further into buying from the store or going to a scary makeover.

If you're buying, there's plenty to choose from such as skeleton costumes, ghosts, vampires, witches, scarecrows and devils. Selections of masks, hats and overall costumes with accessories are available.

If you have the time, you can make your own costume based on a television show or movie. Check out the video below to get some ideas on making simple Halloween costume at home.

The carving of jack-o'-lanterns started from the tradition of souling. In Ireland and Scotland, turnips were carved into lanterns. But the immigrants to North America introduced the use of pumpkins in making jack-o'-lanterns.

Halloween Decorations can be anything spooky and scary and may include Jack-o-lantern, skeletons, monsters, witches, and other popular Halloween characters. Find below some links to hubs that have awesome and creative ideas on Halloween decors. 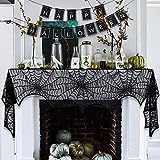 What do you do during Halloween aside from Trick or Treating? As with any party, Halloween parties would be boring if not for the games and food served.

Apple Bobbing, also called Bobbing for Apples, is a game usually played during Halloween. It involves participants that try to pick floating apples in a tub or large basin filled with water using only their teeth. The hands are sometimes tied behind the back to prevent cheating. A variation of this game is eating an apple tied to a string without touching it with the hands.

Fortune telling or divination games were also practiced during the Halloween originally in Scotland. It is played by the young people who wish to know who will be their future wives or husbands. To tell the future, one peels an apple in one long strip and then tosses the peel over his or her shoulder. One can tell the first letter of the name of the spouse-to-be from the resulting shape of the peel.

Find in the video below an idea on how to tell a Halloween story to kids and make a Halloween decor at the same time.