Indonesia has many tribes. I am serious, there are hundreds of tribes and thousands of sub-tribes. Very rich in cultures and traditions. Like me, if someone ask me : What tribe are you ? I prefer to answer I'm a Java tribe or Javanese but I inherit some Chinese blood and Chinese tradition. So I have a rich and colorful cultural background and it's fun. But even if we are different from each other there is one similarity among Indonesian native tribes, we have one day to celebrate the thanksgiving in our native way. All of the traditions seem different but have a same purpose: give thanks to God or Allah and bring offering such as our harvest products and praise and worship (dances performances, musics, and puppet performance) God.

I found many traditional cultures of thanksgiving festival in my country and it is impossible to write all about them,  so I'd like to introduce some of my country traditions :

Most of Indonesian people are Moslems. The religion has been assimilated with the native culture. Like what happen in Java, specially West Java. There is a tradition called Seren Taun which always be celebrated at 22 Rayagung according to Sundanese Calendar. This tradition was developed by Prince Madrais from Cigugur, Kuningan - West Java. The tradition is a part from Buhun religion - a traditional belief of Sundanese People.

People who celebrate the Seren Taun Festival bring their harvest like rice, corns, fruits, vegetables, and many more. They give thank to God or Allah for the blessing. It takes about 3 days celebration. They pound rice together while singing (ngagondang in Sundanese).
Usually, people in Cirebon (West Java) and Baduy tribe in Lebak Banten (West Java) celebrate the Seren Taun Festival.

Dewi Sri or Goddess Sri is known as the Goddess of Padi (rice) with the Javanese people. The traditional Javanese farmers are pay a great respect to this Goddess. Dewi Sri is also known as the Javanese pre-Hindu and pre-Islam era goddess of rice and fertility, still widely worshiped on the islands of Bali and Java.

Dewi Sri always described as a beautiful and glorious woman. Dewi Sri is believed to have dominion over the Moon. Well, almost similar with the Chinese moon Goddess. Thus, Dewi Sri encompasses the whole spectrum of the Mother Goddess- having dominion over birth and Life: she controls rice: the staple food of Indonesians; hence life and wealth or prosperity (most especially rice surpluses for the wealth of Javanese Kingdoms such as Majapahit), and their inverse: poverty, famine, hunger, disease and Death

The Story : The main God in heaven called Batara Guru had planned to build a palace and he asked all of Gods and Goddess to support him. One God called Anta (a snake or God of Snake) was sad because he can not help Batara Guru. As a snake he did not have hands or legs to help the project. Anta cried and dropped 3 tear drops. The 3 tear drops become eggs. Anta decided to bring the eggs to Batara Guru. On the way to the palace, Anta met a giant bird called Garuda (as a matter of fact this is my National Symbol). Anta carried the eggs inside his mouth, so he can not pay Garuda's greeting. Garuda was mad and beat Anta in his head. That caused 2 eggs dropped to the earth and become ox and wild boar. Anta still had one egg to be presented to Batara Guru, the egg become a very beautiful woman - Dewi Sri.

Dewi Sri is so beautiful that even Batara Guru felt in love with her. Many Gods were jealous and angry with Dewi Sri, so they planned to kill her. Dewi Sri was dead and her body was buried in the building with triple roofs. Many plants grew from her tomb. One of them is padi. Batara Guru ordered some Gods to spread the padi plant to earth and taught the human how to plant padi. The plant is known as padi or Sri. Batara Guru sent the ox and boar as the padi plant guardian.

Now, Javanese people have a tradition to pay a respect to Dewi Sri and Batara Anta (the snake). They are presenting their harvest product to Anta and will not harm snake if they find it in their house. They live in a farm so they usually find snakes. The Javanese farmer still hold an old tradition, they will not plant padi in February. They believe if they do it, their padi plants will be destroyed by pests like snails, maggots, and even flood. They won't listen to the scientist whom assured them that it will be okay to plant padi in February. They insist that they have to wait for the Dewi Sri signal.

Grebeg Syawal Tradition is a ceremony hold by the Yogyakarta Palace in Central Java, Indonesia every Syawal month (Hijriyah calendar- Moslems calendar). This is a ritual ceremony to give offering to mother earth and give thank to the Creator of Nature. At that time, The Palace usually make a Gunungan. Gunungan is composed of a series of vegetables, fruits and snacks are arranged in such a way or a cone-shaped mountain. Gunungan is a King charity to his people. Therefore, people are always scrambling to get a part of the mountains which is believed to have good luck.

This ceremony expresses praise and gratefulness to God by the Moslems after having completed their fasting duty in the sacred month of Ramadhan. At 11.00 a.m. the ceremony begins with a parade of the Palace guards in their colourful uniforms. The troops led by their commander in chief. They march from Siti Hinggil (High Land) through the Pagelaran to the Southern square and then wait for the Gunungan procession. This ceremony is held at Alun-alun Utara Yogyakarta (Yogyakarta Northern square).

Sekaten (Celebrated by Yogyakarta and Surakarta Palace in Central Java-Indonesia)

Sekaten ceremony starts on the 5th  day of the Moslems month Maulud. People from Yogyakarta, Surakarta and villages around the city still believe that by celebrating Sekaten, particularly when listening to the sets of the Gamelan  music, they will get rewards from the God Almighty, concerning their work, health and future. The first day of the ceremony starts at midnight with a procession of the royal servant, called as "abdi dalem" who walk in two rows bringing two sets of Gamelan named Kyai Nogowilogo and Kyai Gunturmadu.

There is also a carnival that usually hold every Sekaten. I remember when I was still a kid, my parent used to take me and my sisters to enjoy the carnival. Like in western country, there are merry-go-round, fire works, cotton candy, clowns, games, and many more.

This is a tradition that is used to hold by the people who live near the beach or the fishermen. Like the one in Popoh Beach, Tulungagung, East Java - Indonesia. The fishermen filled their boats with two goat's heads and offerings like harvest products and they sailed to the sea. In the middle of the sea, they throw all the offerings to the sea as present to the Goddess of the sea. They did this to give thank and hope for the great blessing from the sea. They hope for a huge catch of fish and there will be no more accident in the sea.

People in Minahasa, North Sulawesi (North Celebes), Indonesia have a thanksgiving tradition for hundred of years called Rumages. On that day, Minahasa people will make a huge party, invite all their family and friends, and enjoy the meal together. They did it every July. At Rumages day they make a special pork barbecue. The barbecue is cooked underground. They really love to eat pork. The pork is wrapped with leaves called woka leaves (kind of young coconut leaves) and seasoned with tasty herbs. After it is wrapped carefully, they insert the pork in a hole in the ground which has been provided, then close it and cook it by put some firewood on it until about 12 hours.

They have many reasons to give thank like : Opening the field, building a new house (you know, the cost for the thanksgiving party is usually bigger than the cost to build the house itself!), and harvesting padi (rice). On the celebration, they sing and dancing, well Minahasa people really love singing and dancing. They sing a worship song to the Gods who have blessed them a beautiful nature and land. After they believed in Christ, Minahasa people usually to give praise and worship song to Christ and hold a church service for thanksgiving prayer lead by Pastors or Priests

This is another Thanksgiving Festival from North Sulawesi, Indonesia that is called Tulude. The reasons of this festival is almost the same with Minahasa Thanksgiving. They give thanks to God and have a great time with family, friends, and relatives. 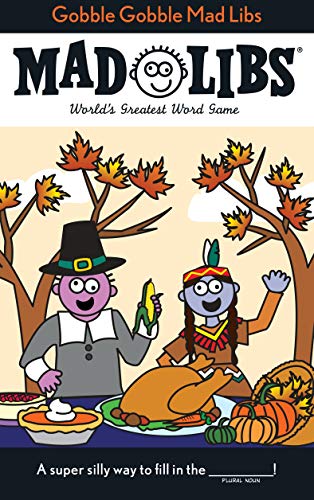