Fireworks and the Fourth of July

The Fourth of July, also referred to as Independence Day, is a holiday celebrated throughout the United States commemorating the signing of the Declaration of Independence and the country's freedom for Great Britain.

The original "Independce Day" for the United States occurred on July 4th of 1776. Today this holiday is celebrated from coast to coast with parades, picnics, barbeques, fairs, and most importantly, fireworks.

Reports have shown that almost 50% of all Americans either attend an event on the 4th of July, or join together with their family to watch fireworks on television. In 2010, the NRF (National Retail Federation) estimated that gross expenses on 4th of July related goods totaled around $3 million.

Fun Facts About the Fourth of July

Every year, the Hudson River becomes lined with locals and out-of-towners alike, anxious to witness this 26 minute long show. It is estimated that at least 2 million people are going to attend the display in 2014.

Hosted by Macy's and aired on NBC, the New York City firework's display is also one of the most heavily televised events on the 4th of July. Famous musicians host concerts prior to the fireworks display and every borough becomes packed with people bumping shoulders.

Boat rides are offered in high numbers to allow viewers to watch the fireworks from the Hudson River as the display goes off from 23rd Street to 59th Street on the West Side of the city.

Some of the best spots to view the fireworks include West New York, Edgewater and Guttenberg in New Jersey, as well as the Brooklyn Bridge, the South Street Seaport, the Manhattan Bridge and any high-rise located in New York.

The big festivities start at 8 p.m. on NBC and the fireworks display is scheduled to begin at 9 p.m. after several terrific musicians perform some of the nation's most classic songs.

Do you do anything on the 4th of July?

There is no place better than the Lone Star State to celebrate the nation's independence! Addison, Texas is the state's most famous spot to view fireworks on the Fourth of July.

Featuring a half hour long show, Addison's fireworks display has gone on for three decades, and attracts over half of a million viewers! The show is so large that restaurants all over the town host a special night to commemorate the festivities.

Although Addison is a small Texas town, they celebrate in BIG Texas style, spending over $200,000 on the day's events. It is regarded as one of the top ten fireworks displays in the country on the 4th of July.

Because of the flat nature of the land in Texas, the fireworks can be seen from miles away, meaning crowds shouldn't be a problem for people who want to see the display.

The Macy's Day Fireworks Display from 2012

The fireworks display at Charles River in Boston, Massachussettes began in 1974. Since then the show has grown largely in size, while still maintaining the display's key traditions.

Boston spends around $2.5 million on the entire show, with over 20,000 pounds of fireworks purchased for use on the 4th of July. Estimated viewers for 2014 include 500,000 people, not only from the Boston area, but from all over the country.

The fireworks last 21 minutes and can be viewed best from either side of the river, however spots fill up quick, so visitors are advised to arrive early. Events are held all throughout the day so once you find a good spot, you can explore the town and engage in fun activities celebrating the country's independence.

Before the fireworks show, Bostonians can enjoy music provided by the famous Boston Pops. The Boston Pops are a world-famous orchestra celebrating their 129th year together. The orchestra has a rich history all beginning with its founding back in 1885.

Fireworks from the Shelby Bridge in Nashville, Tennessee

Shelby Park in Nashville is a massive 300 acre park just two miles from the heart of Nashville, Tennessee.

Picturesque, scenic and relaxing, Shelby Park is an excellent place to celebrate the Fourth of July if you live in the Nashville area. Not only does the event include a huge fireworks display, but it also includes a long list of musicians and family-friendly events that last all day long.

When the 27-minute long fireworks display begins however, all eyes will be looking at the sky as the Nashville Symphony backs up the display. Although large crowds are always expected at Shelby Park on the 4th of July, space is ample, crowds are pleasant, and the activities are well worth searching for the perfect spot on the lawn.

Fireworks Mandrels with Rake (Set of 12) 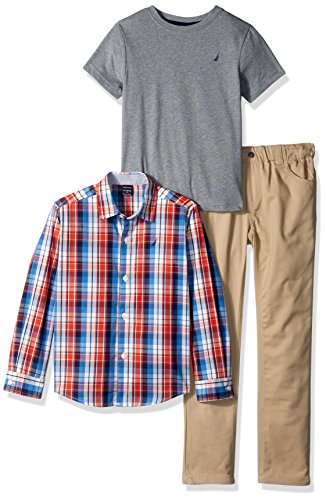 Safety Tips for a Happy Fourth of July

The 4th of July is a widely celebrated holiday in the United States - filled with hamburgers, hot dogs, and fireworks. Don't let a fun occasion turn sour because you are acting careless and not taking proper safety precautions.

To stay safe on the 4th of July, follow these tips:

Fireworks at the Capitol - Washington, D.C.

What better spot to view fireworks on the 4th of July than the nation's capitol?

Every year, Washington D.C. hosts a large fireworks display and full-day of fun-filled events to help celebrate the Fourth of July.

All events on the 4th of July in Washington D.C. are held at the National Mall - one of the nation's most important civic spaces, as well as the home to iconic national monuments and memorials, making it a truly memorable way to celebrate the nation's independence.

Not only does this 4th of July mark the birth of our nation, but it is also a continuation of the bicentennial commemoration of the War of 1812 and the 200th anniversary of the Star Spangled Banner.

Festivities begin during the early day, and consist of a parade, music provided by the National Symphony Orchestra and the large fireworks display which is scheduled for 9 p.m.