Mother's Day: The History Behind This Special Day

Mother's Day, celebrated in the United States of America the second Sunday of May and became an official United States national holiday in 1914. This special day set aside for honoring mothers has a very unique and remarkable history. Honoring one's mother on a certain day is not a new concept or custom. This tradition dates back throughout antiquity, since the neolithic period.

In ancient Europe, Mother's Day was normally associated with goddesses who represented the Earth (like Jorth in Norse lore), Nature (like Gaia in the ancient Grecian lore), Fertility (like Nerthus in the Germanic lore), Motherhood (like Frigg also known as Frigga, in Norse and Germanic lore), or as a Mother (like Modron in Celtic lore). It was common to associate a day to each of the goddesses that represented the Earth, Nature, Fertility, Motherhood, and being a Mother.

The ancient Germanic people set aside Thursday for women as a day of rest because it was believed the goddess Frigga (aka Frigg) set that day aside to visit with her step-son Thor, who she loved very much and as a son. This could be looked at as a weekly Mother's Day where mothers would set the entire day aside to visit with their children as an emulation to Frigga (aka Frigg).

In England, Mother's Day is known as Mothering Sunday. This day is usually celebrated on a Sunday in March (it varies from year to year) and stems all the way back to the Romans and the pagan Festival of Hilaria. This particular festival was held in honor of the Roman goddess Cybele who represented the Earth and Nature. Cybele was often referred by the Romans as "The Great Mother." The Festival of Hilaria was celebrated for several days, the 15th through 25th of March. Imagine,10 days filled with public and/or privately celebrating what motherhood and being a mother represents!

In Norway, Mother's Day is celebrated the second Sunday in February. Sunday traditionally by the ancient Norse was associated with the goddess Sunna (goddess of the sun, the one that brings warmth to the Earth). Mother's naturally radiate the warmth of love to their children and the home. One can see how a mother's warmth of love correlates to a goddess that brings warmth, and why the Norwegians (descendants of the Norse people) would have naturally gravitated, due to their root heritage, toward the choosing of Sunday to celebrate Mother's Day.

March has become the most popular month for countries to celebrate Mother's Day. Many Middle Eastern, African, European and Asian nations celebrate this in March. This is primarily due to the ancient tradition of celebrating motherhood in-conjunction with a specific goddess which by many cultures was celebrated around the Vernal Equinox (March 21st).

Israel, however, steeped in their own traditionalism that stems all the way back to the ancient Hebrews, celebrates their Mother's Day on Shevat 30 (a day chosen between January 30 through March 1st).

Happy Mother's Day to you and your family!

More about Mother's Day from these sources -

A good friend of mine in Serbia after reading this hub about Mother's Day shared with me how the country Serbia celebrates Mother's Day on December 28th, in between Children's Day and Father's Day. They take Mother's Day very seriously because "without mothers, the world would not exist." (a traditional Serbian quote) Serbians believe "all mothers are makers of new lives, the pillar and guardians of the entire family, stability of home, love and happiness." (personal email, March 31, 2015)

Mother's Day in Serbia is the holiday for all mothers, no exceptions, and one of the few holidays ahead of Christmas Day (Jan 7th). In Serbia, because the Julian calendar is used, the four day Christmas celebration begins in January with Christmas Eve on the 6th and celebrated through the 9th. Like Mother's Day, Christmas is very family oriented.

Mother's Day custom, stemming from Serbian tradition, dictates the children today use a rope or a belt, scarf, shawl, and then by surprise bind their mothers legs, usually in the morning before she can begin her usual daily routine. Then Mom is congratulated for her special holiday, and she must be given all sorts of special things in her honor of being a Mother if the children want to be "redeemed." The traditional tying symbolizes a strong bond between parents and children, the love that binds all household members, and the same tying ceremony is done for Children's Day (for children) and the Father's Day (for father's). The Serbian idea behind the tying custom is the person being congratulated, honored for the day, cannot run away from it, has to accept being treated extra special. The tying keeps Mothers also from helping as the children and Father serve or do household chores for her.

Mother's Day gifts are a part of celebrating this sacred day in honor of Mother. Children and Husbands can give something special to eat, but some also gift a walk, cinema, playing in the first snow, plus a sincere hug and kiss. The gifts are usually given after the "untying" aspect of celebrating Mother's Day. Fathers and children go out of their way to keep Mother happy and honored for the entire day.

During the early to mid 20th century Mother's Day in Serbia was an opportunity to help the poor and the homeless. Rich people, members of the Serbian Sisters, and others who were able to help those less fortunate, shared their Mother's Day gifts, food, clothing, etc. Destitute children where helped as necessary. These great Mother's Day deeds were published in the daily newspapers, as a good example to others.

Historically Mother's Day in Serbia was celebrated the second week before Christmas. Father and children would quietly sneak in the early morning to bind their mother before she got up and began her regular daily routine. The ceremonial "untying" aspect was completed after Mother received her morning Mother's Day celebrating. This mutual "binding" is done as part of celebrating Mother's Day because it shows a strong commitment to Mother. Also makes Mother accept her day off plus gifts of love which creates a festive atmosphere in the family circles. Such a happy family atmosphere is also in honor of the Eastern sages who bowed down to baby Jesus in Bethlehem with gifts of myrrh, frankincense and gold, thereby honoring the Mother-Mary and her child.

The symbolism of this mutual "binding" and "untying" to children and parents is clear to Serbians. For it is their way of preparing for what is to come: welcoming the most joyous Christian holiday, Christmas. Children's Day, and Father's Day and Mother's Day are exclusively Serbian national holidays which their people have created for the entire family to be honored. All three of these are celebrated enthusiastically two weeks before Christmas. They also see celebrating these three holidays as the best way to end the year.

Source: Personal Email from my Serbian friend who prefers to remain anonymous, March 31, 2015 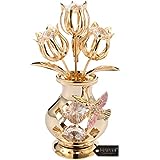 Many get stumped on what to give for Mother's Day. Here are some great ideas:

May these ideas help you select the best Mother's Day gift perfect for your mother.

A Mother's Day Song Father's can teach their young children