A Di Caribbean Mi Come From!

People in, and from the Caribbean know how to throw a great party. Almost every island hosts an annual event celebrating its unique heritage with music, dance, food, sailing and pirates. Most island nations in the Caribbean host at least one such festival event a year, in addition to Caribbean Carnival, a tradition fused with local folklore, culture and religion.

However, what happens when "Island Folks" migrate to other countries?

The vision and mission of this Caribbean Festival held in Cocoa, Florida is to give some of the less fortunate children and families a time in which they could enjoy a free outing, one that would bring both bonds of friendships as they connect with others of similar heritage, but to also create memories to possibly last a lifetime.

Not everyone is able to travel back to their countries for their respective festivals throughout the year, so this festival gives those folks a chance to enjoy it here. It also gives others a chance to enjoy and experience a new culture, exposing them to the sights, sounds, feelings and tastes of the Caribbean culture.

Blendin' In The Park!

The Caribbean Festival at Cocoa Riverfront Park featured many vendor booths and also features different types of Caribbean cuisine including Rice and Peas, Jerk Chicken, Fried Fish, Festival and traditional drinks including Sorrel, Traditional sodas, exotic drinks made from various fruits, Roti (curry chicken, or beef with potatoes wrapped in a curry flavored flour shell), Curried chicken, salads of various kinds such as conch and vegetable. Blocks of time was set aside for displays of culture such as singing, dancing, fire-dancing, Caribbean authors, storytelling which is a tradition by which the members of the Caribbean community—young and old—passes on stories and traditions of the culture by telling of personal stories and experience, legends and folklore.

Music is central to the Caribbean culture, and has been since the days of slavery, when it was a mode of mental survival and a form of recreation. If you're from the Caribbean, but living abroad, you will most likely have that favorite track of Soca or Reggae music that is played all the time, on city streets, in natives' homes and at special festivals, such as Caribbean festivals or at Carnival. Caribbean people will dance tirelessly for days.

When you see Caribbean people dancing, many times it is mistaken for being vulgar, but rather it is an energetic blending of lower-body movement, shuffle-stepping, and hip-swaying. There is a complex cultural blend to be heard in nearly every musical style found in the Caribbean. In Trinidad, Indian sounds round out the melodies of Calypso, while in Cuba and Puerto Rico, the Latin beat feeds the salsa rhythm. The vocal styles of modern rap can be heard throughout Jamaican dance halls.

Soca dance, not vulgar, but a dance form!

Soca dance, not vulgar, but a dance form! This article explains why the dance form considered to be impolite, rude and bad mannered is a "natural flow of dance that goes in sync with the speech and rhythm of the place."

Music brings us together!

"Oh my gosh! I could smell the food from way down the street. I just had to come!" exclaimed Brenda, an attendee at the festival. Caribbean food includes all of your favorites…seafood, such as conch chowder, jerked chicken, curried chicken, patties, festival and steak…prepared with the flavorful and colorful ingredients of the islands. Some popular dishes are coconut shrimp,jerk chicken pasta, chicken kabobs, ribs with guava BBQ sauce, as well as various desserts such "heavy" cakes made from sweet potato or yam and bread pudding.

We can't talk about delicious and distinctive Caribbean food without mentioning conch.

Conch refers to a variety of large sea snails common on many islands in the Caribbean. They are fantastic fried as a fritter, but you'll also find them in salads, soups and stews.

The conch salad that I had the opportunity to see being made, and to try later, made me drool. The different flavors of sweet pepper, onions, garlic, lemon juice helped to enhance the flavor of the conch. It is presented both as an elegant edible art form, as well as comfort food. One taste of this and you will fall in love with it!

Many jerk dishes embody the flavors of the Caribbean. Jerk seasoning is typically used as a dry rub made from a hot and aromatic spices, but recipes can vary widely from chef to chef. 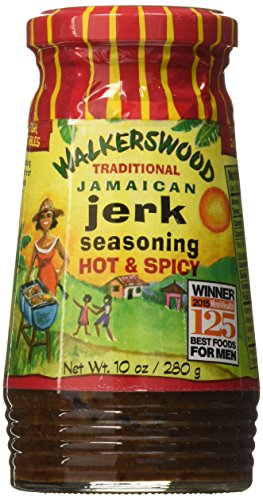 Dreads flowed freely, and could be seen everywhere at the festival...from band members who identified with the Rastafarian culture to others who just loved the look and decided to have their hair locked. Some wore their "dreads" up in a high bun, either under a knitted cap or wrapped in a turban, while others let theirs flow freely. There were short locks and locks which nearly reached the floor.

So what is the fascination with dreads, locks, dreadlocks...there are so many words used...

Even though dreadlocks have been around for thousands of years, when many people think of the style, their mind goes to one person: Bob Marley. When the late singer came on the scene in the '70s, many began to associate loccs with all things Marley, which included reggae music, Jamaica, and the Rastafarian culture.

Have you been to a Caribbean Festival?

What is your favorite part of a Caribbean Festival?

Fun at the Festival

Clothing and the Culture!

Being Caribbean mean we identify with a culture that binds us together as a region. That includes identifying with a particular style of dress. Although our day to day dress may not necessarily tell of our heritage, a Caribbean Festival gives us the opportunity to be show our cultural pride through our clothing as well as the other ways mentioned....food, etc.

Fun facts about the Caribbean!

Enjoy these fun facts about the Caribbean!

Fun, despite the heat!

Brevard County’s FREE Caribbean experience for the entire family, hosting live musical bands and performers from all around the Caribbean, as well as some of the finest food prepared by leading and top chefs from around the world certainly lived up to my expectations of it being a truly unique tropical experience. As the children played in bounce houses, experienced face painting, played games, had their caricature drawn, enjoyed the water fountain and the food, while grown-ups enjoyed dancing to the music or just visiting with friends and family and so much more, it certainly proved to be a most relaxing and pleasurable event.