Should You Let Your Kids Celebrate Halloween? 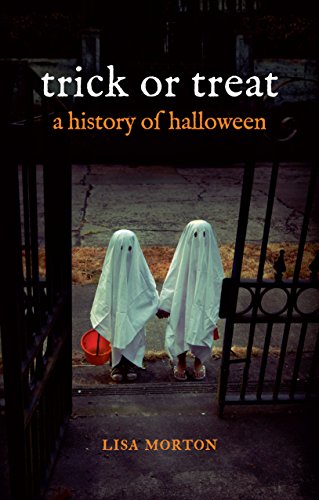 Trick or Treat: A History of Halloween
Buy Now

Many people are confused about Halloween. Is it a fun excuse to dress up the kids and round up candy, or something sinister to be avoided? Is Halloween innocent tradition or wicked ritual? Learning about the history and symbolism of the holiday gives a historical background and can help you decide if it's something you want to celebrate within your family.

Many people view Halloween as entirely secular, but some opponents are challenging our right to celebrate Halloween to court. And the Christian Broadcasting Network has a whole website devoted to opposing Halloween.

Just What Is Halloween?

There many origins for what we now celebrate as Halloween. Here is an excellent article about the many traditions that have contributed to our modern American Halloween. If you want even more detail, Wikipedia has quite a large page dedicated to the different cultural beliefs and celebrations that have been folded into our current holiday.

Granted, there is some dark stuff out there, but for the most part our modern Halloween has become the kickoff of the holiday season. The air is changing and we are looking forward to all kinds of indoor celebrations. Halloween has become so commercialized that whatever it may have meant in the past, we can be assured that today's festivities are nothing more than an observance of fun.

In fact, when a secretary in a Puerto Rico government building filed suit (Rivera-Alicea v. Gonzalez-Galoffin) because she felt she was being singled out for her anti-pagan views, the court ruled:

"Halloween decorations, like valentines, Easter bunnies, and egg hunts are all secular displays and activities that neither convey religious messages nor constitute religious symbols. Halloween lost its religious and superstitious overtones long ago. It has become instead a commercial holiday enjoyed by communities in its many forms of entertainment."

Beliefnet has a large collection of articles that address specific questions surrounding Halloween and faith from diverse perspectives.

Many people are opposed to celebrating Halloween on religious grounds and some churches provide safe alternatives to traditional trick-or-treating. Kids are encouraged to dress up and attend a fall festival where candy is distributed. But is Halloween by any other name not Halloween? It's just the latest tweak on this ancient celebration of the change of seasons. If it makes people feel better to re-define the holiday that's fine, just don't ask anyone else to turn off the spooky sound effects.

If you're dead set against Halloween, you can attend a hallelujah night in many parts of America. At one of these family friendly parties, there's no scary stuff allowed. I wonder what they would think about Casper the friendly ghost? Some churches put on alternatives to haunted houses called hell houses. Inside they act out scenes of human depravity that lead to an eternity in hell. The idea is to scare kids with what the church sees as the evils of this world. However, if you prefer your frights to be make-believe, you're not alone.

Don't let anybody tell you what to do. Not the culture or your preacher either. In the end it comes down to what you believe. Do you think that by dressing up your child as Peter Pan, or even a blood-dripping vampire, that you're making a statement about your spiritual beliefs - or just having a good time? It's all fantasy. If Halloween is out, then what about violent video games? Or even cartoons? Timmy Turner has fairy godparents. Does that go against your grain?

Everyone needs to decide for his or her own family what is best. But Halloween is not going away. In taking your stand, remember not to take yourself too seriously. There are ways to instill your values onto your kids without making them rebel. But if it's important to you, then stand your grand. Choose you battles and if Halloween is one of them then fight the witches with all your might.

How to Start the Halloween Boo in Your Neighborhood