December 26th is the Feast of St. Stephen, the first Christian martyr.

Stephen was one of the early disciples who joined the Church in Jerusalem when it was in its infancy following the Ascension of Jesus into Heaven.

Chapter 6 of the Acts of the Apostles in the New Testament describes how the Church quickly grew to the point where the Twelve Apostles (Matthias had been elected to replace Judas who had betrayed Christ and then committed suicide – See Acts, Chapter 1) could no longer provide both spiritual leadership and run the day to day activities of managing the ever growing Church.

It was then decided to select ... seven men acknowledged to be deeply spiritual and prudent... to oversee the day to day management of the church. The first of the new disciple selected was ... Stephen, a man filled with faith and the Holy Spirit,.... 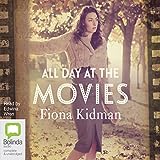 All Day at the Movies
Buy Now

The Story of St. Stephen

In addition to having a deep faith, Stephen was also very intelligent and articulate and this caused some powerful people in Jerusalem to see him as a threat.

As Acts goes on to describe him in verses 8-14 of Chapter 6, Stephen Accused. The Stephen already spoken of was a man filled with grace and power, who worked great wonders and signs among the people. Certain members of the so-called "Synagogue of Roman Freedmen" (that is, the Jews from Cyrene, Alexandria, Cilicia and Asia) would undertake to engage Stephen in debate, but they proved no match for the wisdom and spirit with which he spoke. They persuaded some men to make the charge that they had heard him speaking blasphemies against Moses and God, and in this way they incited the people, the elders, and the scribes. All together they confronted him, seized him, and led him off to the Sanhedrin. There they brought in false witnesses, who said: "This man never stops making statements against the holy place and the law." (Source: "The New American Bible, Thomas Nelson Publishers, 1983, pages 1184)

Stephen defended himself eloquently (See Acts, Chapter 7, verses 1 – 53) but the motive of his accusers was power, not justice, and, to protect their power they needed Stephen dead.

Without waiting for the trial to end, the mob rushed Stephen, dragged from the court and through the streets of the city to the outside of the wall surrounding Jerusalem. There they stoned him to death. 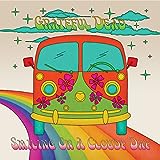 The Celebration of St. Stephen's Day

In Ireland, December 26th is celebrated under the name of St. Stephen's Day or sometimes referred to as Wren Day.

In rural Ireland in times past, groups of young men and boys would dress in old clothes and blacken their faces. They would then capture and kill a wren, and march from house to house, carrying the dead wren on the top of a pole, and asking for a treat or money to bury the wren.

In some places the custom was to give a feather from the wren in exchange for the money or treat. Today the practice of killing a wren has ceased but the marching and singing of the Wren song continues. There are various versions of the Wren song. The version below was found on many sites but most appear to have taken it from Irish Festivals.Net

On St. Stephen's Day was caught in the furze,

Although he is little, his family is great,

I pray you, good landlady, give us a treat.

My box would speak, if it had but a tongue,

And two or three shillings, would do it not wrong,

A drop just to drink, it would drown melancholy.

And if you draw it of the best,

I hope in heaven your soul will rest;

But if you draw it of the small,

It won't agree with these wren boys at all.

Why Pick on Wrens?

Why is it that the memory of a martyred saint is honored by the killing of an innocent little bird?

Well, despite its sweet song and small size, the wren has not received good press through the ages.

In northern countries the reappearance of the robin is a sign that spring is coming with all its warmth and promise of new life.

According to some ancient legends the wren, which retains a visible presence during the dreary winter months, represents the old year that dies with winter while the robin represents the new year and return of spring. These legends have the robin reappearing at this time of the year and killing the wren thereby announcing the death of the old and birth of the new.

Then there is the legend about the little wren tricking the mighty eagle by first suggesting that the eagle use its mighty strength to fly high above the earth to catch the beautiful melody that resided in that region. As the eagle was about to take off, the wren hid itself on the back of the eagle hitching a free ride to the upper regions of the sky.

Another legend has it that St. Stephen had eluded his enemies and gone into hiding but that a wren singing on a nearby tree attracted the attention of Stephen's enemies and they found him. This legend connects the wren to St. Stephen.

A legend with a direct Irish angle has it that the position of an Irish army defending the land in the 700s from attacking Vikings was given away at night as wrens landed on drums to eat bread crumbs left there from the soldiers' evening meal.

Whatever the source, wrens became a central part of this Irish custom. A custom that, in modern urban Ireland, keeps the props associated with the wren but no longer requires the killing of wrens.

Links to My Other Post December 25th Christmas Season Holidays