It’s that time of year again, the time when people start drinking green beer, wearing green clothes, and loving all things Irish, the time when leprechauns come to the forefront of our thoughts. Leprechauns are the wee men folk of the fairy world. A lot of superstition and stereotyping happens around leprechauns. And though we know of them, very well (I mean, everyone knows what a leprechaun is!), there simply are not very many stories about leprechauns. Sure, there are lots of modern stories, particularly children’s stories, but not a whole lot in the realm of folklore. Generally, the leprechaun is mentioned in a story but doesn’t have an entire fairy tale or story about him. Here are a few of the ones I’ve been able to find.

There are a number of beliefs or characteristics attributed to leprechauns. One of the most common is that every leprechaun has a secret treasure trove of gold. According to Irish folklore, leprechauns are very hardworking and thrifty. As cobblers and tanners, their skills were much in demand in Ireland, and they quickly became rich from their trade. How that gold can be obtained by humans leads to a couple of other myths. One way is to find the end of a rainbow where the leprechaun’s pot of gold will always be found. Another manner is to capture a leprechaun and interrogate him. If caught, a leprechaun must be truthful and reveal the location of his pot of gold. Catching that leprechaun, however, can be tricky. They are endowed with magical powers and can vanish in the blink of an eye. They may also try to grant you three wishes rather than reveal their gold.

Origin of the Leprechaun

According to Irish folk tradition, leprechauns, like many of the fairie folk, come from the Tuatha de Danann. These ancient inhabitants of Ireland were supernaturally-gifted, often depicted as kings, queens, and heroes. They were defeated by the Milesians, a people from Iberia who invaded Ireland and conquered it. Upon this conquest, the Tuatha de Danaan were forced to live underground. The Milesians are considered to be the ancestors of the Gaels and the Irish, while the Tuatha de Danaan are the ancestors of the fairie folk, including leprechauns.

The First Reference to Leprechauns

One of the most enduring and popular stories about leprechauns is that of a man who is fortunate enough to actually capture one. As the legend goes, this man finally urged the leprechaun to tell him where his gold was. The leprechaun took him to a bush under which the gold was buried. The man tied a red handkerchief (or a garter or stocking in some versions) so that he would be able to find it again. He released the leprechaun and returned home to get a shovel. When he went back to the field where the bush was located, he found every bush in the field marked with a red handkerchief. This story illustrates perfectly how devious leprechauns can be. The story is also known as the Leprechaun and Jack Fox, or in some versions Clever Tom. 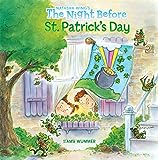 Leprechauns are a protected species in County Louth, Ireland 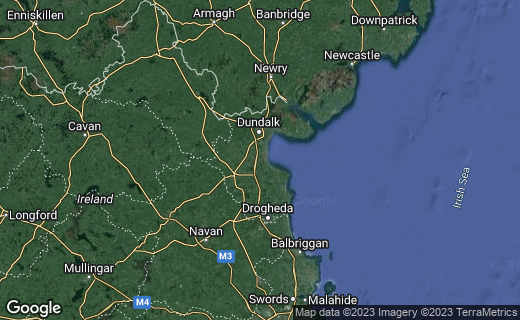 Many 19th century writers and poets wrote about leprechauns. William Allingham penned a poem named The Lepracaun. William Butler Yeats had several opinions about leprechauns, including where they got their gold and why they were cobblers. He once said, “because of their love of dancing they (the Fae) will constantly need shoes”. He tells a story of a woman who disappeared, apparently kidnapped by fairies. She returned seven years later, without her toes. She had apparently danced so much she danced them right off.

According to a story found on the Desperately Seeking Humans blog, leprechauns (or leppies as they were called by other fairie folk) originally came from the north, from none other than Santa’s workshop. Long ago, the leppies and the elves worked side by side in the workshop…until the leppies, true to their mischievous nature, played a practical joke on the elves. One year, about three days before Christmas, after all the elves had gone to bed, the leppies hid all of the toys and gifts in workshop. They woke the next morning to find a very distraught group of elves in the workshop. Seeing the despair and tears on the elves faces, the leppies told the truth about the disappearance of the gifts. However, just at that moment, Santa made a devastating announcement – there had been a huge avalanche at a nearby cave, the same cave where the leppies had hidden all the toys. When the leppies and elves arrived at the cave, all of the toys and gifts were destroyed. There was not enough time to make new toys. Christmas that year was like none other on the planet with no toys for the world’s children. Santa was so incensed by the practical joke that he banned the leppies from the North Pole. The group left the workshop and went to Greenland and then Iceland, but their story had spread quickly, and they were not welcome anywhere. Eventually they settled in Ireland where they live solitary lives. They have sworn to pay a penance for their ugly prank by taking from the rich and giving to the poor. It’s said they take payment from rich people who are then given directions to their pots of gold at the end of rainbows. Of course, there is never gold when the unsuspecting humans get to the end of the rainbow.

From the Unicorn Garden website comes this story, told two centuries ago by Molly Corgan to folklorist Thomas Crofton Croker. According to the story, Molly’s grandfather went out to the barn one night to feed his old mare. On his way in to the barn, he heard a tap-tap-tapping sound and immediately knew what he heard was a tiny cobbler’s hammer. He searched all over the barn for the leprechaun but couldn’t find him even though he continued to hear the hammer and the leprechaun’s whistling. Again he searched and searched until he finally found the little leprechaun in the girth under the mare. He quickly grabbed the leprechaun and demanded to know where the gold was. The leprechaun finally agreed to show Molly’s grandfather where he hid his gold, but when the man opened his hand the leprechaun laughed and vanished. Molly’s grandfather never found the gold, though he had the little shoe the leprechaun had been working on. According to Molly, her mother had seen it often and said it was the prettiest little shoe she had ever seen.

There you have it, a few stories you can tell around St. Patrick’s Day about leprechauns. Though many are similar, and they revolve around the same basic themes, leprechauns are entertaining nonetheless.

F*ck You, I'm Irish: Why We Irish Are Awesome
Buy Now 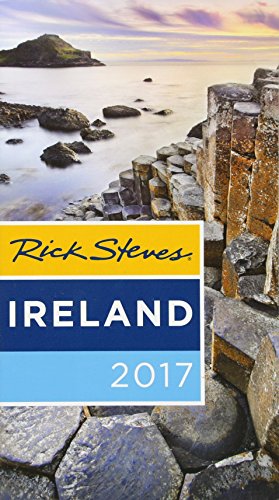 Want to know more about leprechauns and St. Patrick's Day?