Eating Turkey May Be Hazardous to Your Health

Did you enjoy a pleasant Thanksgiving dinner? With turkey, stuffing, cranberries and potatoes? Maybe green beans, too? Then you are among the 90% of folks in the U.S. who celebrate Thanksgiving each year with a turkey dinner.

Do you recall reading about the first Thanksgiving dinner? The colonists and the native American Indians prepared and served their food without the help of antibiotics, preservatives, pesticides, food dyes and trans-fats . . . all those lovely additives which appear in our turkey-day food today. Because supermarkets, turkey farms, and the F.D.A. had not been invented yet.

But eating turkey today can be a treacherous indulgence and hazardous to your health. Let me tell you why.

Have you ever visited a turkey farm? They are not really farms. They are overcrowded industrial farming warehouses where turkeys are crammed together, and their collective manure breeds dangerous bacteria. As a result, the turkeys are injected with antibiotics, which have created hard-to-kill superbugs that can harm or kill humans. (See my hub “Interview with Redneck.”)

Here’s a scary statistic. Recently the National Antimicrobial Resistance Monitoring System found that a strain of salmonella in one sample of ground turkey was resistant to every single antibiotic tested. "The chances of successfully treating an infection with that bug are extremely poor," explains Keeve Nachman, PhD, Director of the Farming for the Future at the Johns Hopkins Center for a Livable Future.

Here’s another gross fact. The arsenic-based drug, nitarsone , is still approved for use in non-organic turkeys.

Proper cooking does kill most germs but routine testing has shown that you may come into contact with more dangerous bacteria than you realize. To lower the risk of purchasing a contaminated turkey, buy yours from a local farmer who raises a small flock without using antibiotic drugs.

If you buy your turkey from the supermarket, get an organic version - minus superbugs.

Did you know that more than 248 million turkeys were grown and slaughtered in the United States in 2011, with most coming from CAFOs – industrialized Concentrated Animal-Feeding Operations. (There is an acronym for everything.)

This factory-farming system creates a whopping 4.8 billion pounds of manure a year and relies on intensely crossbred birds that could never survive in nature. In fact, these obese turkeys grow so big so fast that many die of heart failure, or suffer bone fractures before slaughter. They also lose the ability to reproduce.

"Factory turkeys are all hybrid ‘dead-end’ birds and will die if not processed (eaten)," says sustainable farmer Frank Reese, owner of Good Shepherd Poultry Ranch. "The hybrid obese turkey suffers greatly because of its inability to support its weight on its undersized skeletal system."

Are you the person in charge of preparing the Thanksgiving turkey? Then consider spending a little more on a heritage breed – original breeds that are known for great taste. Industrial turkey factory farms don't raise them because they grow too slowly, and farmers would have to spend more money on feed. Because of this, many heritage breeds have become rare and threatened.

It may seem controversial, but by eating them, you're supporting farmers who can keep these beautiful breeds from becoming extinct. Check out your Local Harvest online store to purchase a heritage breed turkey.

Turkey is a delicious food but it can dry out and then its taste is dry and bland. So what does the turkey industry do?

They inject turkeys with salt-water or a solution containing potassium or phosphate food additives, so they become nearly impossible to overcook. These solutions can pose problems for people who need to cut back on sodium.

Did you know that some "enhanced" turkeys, as they are called, contain as much salt as a large order of fast-food French fries? And many physicians believe that all the phosphates added to processed foods are resulting in increased rates of heart disease and chronic kidney disease. About 30% of poultry products on store shelves are "enhanced," according to the USDA.

Avoid any turkey with the words "enhanced, self-basting," or "marinated in natural broth solution" anywhere on the packaging. Check the Nutrition Facts panel. Non-enhanced turkey typically contains between 55 and 65 milligrams of sodium. If the sodium count is any higher, it's likely the bird contains extra sodium or phosphorus.

Or go organic – purchase certified-organic turkeys. Caution: be aware that the USDA allows phosphate, potassium, and other brine solutions as additives in turkeys labeled as "all-natural."

May your stuffing be tasty, may your turkey be plump.

May your potatoes and gravy have nary a lump.

May your yams be delicious and your pies take the prize.

May your Thanksgiving dinner stay off of your thighs.

To save cooking time, you may be considering conventional boxed stuffing for your Thanksgiving dinner. Beware! Many familiar varieties are hiding some unappetizing secrets. For example, popular brands contain questionable ingredients like high-fructose corn syrup.

And monosodium glutamate or MSG, a flavor-enhancing ingredient that triggers migraines in some people. (See my hub “MSG and Fat Rats and Us.”) Look out for heart-damaging trans-fats, artificial flavors, and propyl gallate, a substance that has been linked to cancer. The Center for Science in the Public Interest lists propyl gallate as an ingredient to avoid.

Try an organic boxed stuffing to avoid those potentially harmful artificial ingredients. Or make your own from scratch. 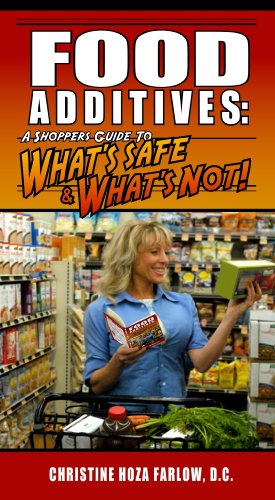 Artificial food dyes are found in everything from pie filling to cranberry sauce to bread. Made from petroleum ingredients, they are an inexpensive method to make food look fresher than it really is. The problem is some food dyes are linked to hyperactive behavior and sometimes contaminated with carcinogenic material.

If you cannot cook everything from scratch, look for organic processed foods. The strict certification bans the use of artificial food dyes. Instead, added colors come from spices and beet, berry and carrot juices.

Domestic cranberries contain as many as 13 different residues of pesticides known to cause cancer, hormone disruption, or neurological problems. According to the nonprofit Organic Center, these cranberries are among the domestically grown fruits and vegetables that pose the greatest pesticide-exposure risk.

And according to the Rodale Institute, another organic research institution, cranberry bogs are often grandfathered in under federal and state clean water acts. This means they can discharge their pesticide-heavy water into nearby bodies of water without first cleaning it up.

“My cooking is so bad my kids thought Thanksgiving was to commemorate Pearl Harbor.” – Phyllis Diller

The United States Department of Agriculture (USDA) Pesticide Data Program has discovered traces of 37 different pesticides on potato samples. These include known and suspected carcinogens, along with neurotoxic and bee-killing chemicals.

Many pesticides are systemic, meaning they are taken up inside of the plant.

Since potatoes are often routinely sprayed with chemicals, it's healthier to opt for organic versions. Look for them at your local Farmer's Market.

Canned versions of cranberry jelly, pumpkin pie filling, and vegetables accompany the holiday meal, and that means so does BPA (bisphenol A ), the chemical used in the epoxy resins that line canned goods.

This chemical has been linked to heart disease, obesity, sperm damage, and even brain cancer among dozens of other problems. According to a 2009 study from the University of Texas, canned green beans contain the highest BPA residues.

Purchase fresh or frozen vegetables instead of canned whenever possible. And try your hand at making fresh cranberry sauce rather than buying canned cranberry jelly.

Now you are more prepared for your next healthier Thanksgiving turkey dinner. You don’t have to thank me for this health-saving information. Just send money! :)

Since I now carry the title of Semi-Official Mirthologist, I would be remiss not to leave you with a laugh. Check out this 'How to Cook a Turkey' recipe.

How to cook a turkey:

© Copyright BJ Rakow, Ph.D. 2012. All rights reserved. Author, "Much of What You Know about Job Search Just Ain't So." Readers say my book provided what they needed to write a dynamic resume and cover letter, network, interview, and negotiate salary successfully. Includes a chapter for older workers.