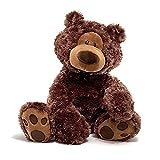 Christmas bear wallpapers are a wonderful way to celebrate the holiday season on your computer or other screen you use, as they are one of the most important animals associated with the Christmas season, as well among the most popular.

That's also the case with stuffed toy bears, which when designed for Christmas are fantastic, and I like them in relationship to this holiday more than any other toy bear; or for that matter, even in reference to real bears used in Christmas wallpapers.

In this article we'll look at cuddly toy bears that have been photographed in various situations to create wonderful Christmas images to place on computers.

All of them look terrific, and if you have some toy bears of your own, will give you some ideas of how to pose them with other objects and scenes to end up with magnificent wallpapers of your own. Being our own, these are probably even more compelling because of the ownership attachment we have to them.

And if you don't have toy bears to use, these wallpapers easily make up for that with some great photos to enjoy throughout the Christmas holiday.

What's more appropriate for a Christmas bear wallpaper than one that includes a bear being dressed as Santa.

This is a very cute one with the accompanying green bag with pine needles and a gold pine cone as part of the design. The bag with Merry Christmas in gold lettering also looks extremely nice.

There is no doubt we think of this as a Santa bear with the bag full of presents and wonderful Santa outfit.

For those enjoying a cute little bear wallpaper with a Christmas theme, this one with the presentation of the bear in what appears to be a converted jewelry box or something similar to that looks really nice.

The poinsettia looks great as does the red and white candy cane. I probably would have used a little bit different of a foundation than what looks like straw to place the bear and other objects on, but it could be for the purpose of associating it with the manger where Jesus was born. But that's only a guess.

Still it's a very cute bear wallpaper that many people would like.

It's enlightening to see how people choose to do when designing a wallpaper using a bear as the center of the design.

For those of you that like to do this on your own, the wallpaper below helps in that regard. It uses a nice background to create the setting, with yellow snowflake designs on the orange color scheme. The candle actually helps to change the look of that background where its light brightens it up.

Placing the bear next to the candle surrounded by flowers and ornaments was a good choice, as was the interesting white base the bear and the rest are sitting on.

All of this is to say you can take a bear and do all sorts of interesting things with it concerning a Christmas theme and produce wonderful images to look at for the holiday.

For real serious fans of toy bears, one is never enough as to collecting and displaying them, and that's the case with this grouping of three bears on what looks like is supposed to be representative of a sleigh.

I really like how these three bears look together. Dressing them in the same Santa outfits really adds to the feel and look of the wallpaper, and including the instruments in the wooden sleigh looks amazing.

Placing the decorative piece between the instruments helps to separate it all and make it so the colors of the bears and instruments combined doesn't overwhelm the photo too much.

While it looks fantastic, I think it would look just as good with different styles and sizes of bears.

Here we have a little bit of a different look with a Christmas bear wallpaper. In this one the choice was made to keep the bear with a more natural look. They are also dressed in regular clothes rather than Christmas garb, instead using the background and props as the Christmas statement being made.

The major Christmas element in this wallpaper is the poinsettia placed right behind the bears. Including the sled as a prop to sit the bears on points to it being the winter season, as does the roaring fire in the fireplace in the background.

It's more of a soft and subtle Christmas look, one which may have been a little better and more obvious with a touch of Christmas clothes on the bear, or at least a red Santa hat or something similar.

Still it's a nice looking Christmas bear wallpaper that could be used any time during the cooler months of the year. 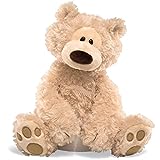 Bears are a fantastic choice to use to enhance the Christmas holiday season by including a wallpaper of them on your computer or other device.

If you are creative and prefer your own wallpapers, you could take the bear or bears you have, put them in Christmas outfits or scenes, and make some wonderful designs for yourself and others to enjoy.

All you need to do is take some existing Christmas ornaments and ancillary items and make some wonderful scenes of your own to photograph and make into a wallpaper for Christmas time.

But whether you're creative or not, there are plenty of Christmas wallpapers with a Teddy bear or other toy bear theme to use. As you can see, they look really nice and would delight anyone who is a fan of toy bears and Christmas.