Planning a Halloween party, you need appropriate recipes. What could be better on a Halloween buffet than "Devils on Horseback"?

It's a peculiar phrase, Devils on Horseback. Where did it come from and when were they first made?

With the Halloween season almost upon us, let's get some answers to these questions along with some great recipes.

Dating back to Victorian England, Devils on Horseback are a hot appetizer.

Recipes vary but in general they are pitted prunes stuffed with mango chutney and wrapped in bacon.

You bake it in a pre-heated 425 degree oven (though you can grill them too). They are often served atop a quartered slice of toast, with watercress.

Other variations use liver pieces in place of the prunes and I have even seen one recipe made with dried apricots as well.

Image: miss karen at Flickr by CC by 2.0 License

Some say the name came from the red (bacon) and black (prune) color combination being reminiscent of the black and red image of the devil. They even say that the bacon wrapping around the prune is symbolic of legs wrapped around a horse while riding.

Not totally convinced of this theory...

If Your Not Having Devils on Horseback at Your Party... - Try One of This Ghastly Recipes

This book contains recipes for 3 themed Halloween parties including:

Each recipe has a full color, full page photograph -- which, as you know, makes all the difference in specialty cooking. Decorating ideas and budget friendly suggestions are also included. A great reference for hosting a Halloween Party with Halloween themed foods! 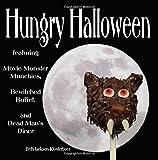 Try Your Devils on Horseback on Skewers and Grill Them!

These are my favorite skewers to use when we grill out. The double prongs make sure the food doesn't spin or slip off as easily while you are grilling. The cute little icons on the end are a crab, fish, scallop and lobster. These can lay flat just off the grilling surface at the front of the grill. This is stylish grilling!

While an internet search reveals very little about the origin of the name there is another theory:

When Norman raiders invaded England in 1066, warriors would cover themselves in rashers (slices) of bacon, sort of like armor. It was said the grotesque look was used to scare villagers during invasions. The bonus was being able to eat the bacon after the battle.

I couldn't find any source to back this theory up, however, just the main source.

Cast your vote for Devils on Horseback -- Martha Stewart's Way

This is a humorous cookbook filled with recipes for Halloween. Everything from cupcakes to candy to party appetizers and even Halloween supper! Author, Sharon Bowers, shares her recipes, tips and tricks to make your Halloween celebration the best on the block!

There aren't pictures with every recipe but the recipes are still great! A wonderful addition to any cookbook collection.

Very short video, a bit dated but the "bones" are still a great idea for Halloween party snack food!

Stainless Steel Picks - for your Devils on Horseback

Try these stainless steel picks to hold your bacon on the prune. They are stylish and can be washed and reused which is eco friendly to boot! 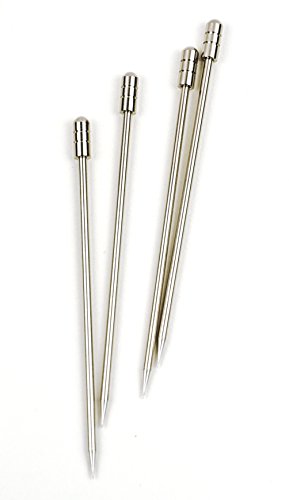 last but not least

Angels on Horseback were a favorite English Victorian era after dinner snack or nibble.

The ingredients are exactly the same, save for one -- Hot Sauce.

Thus, the angel becomes a devil due to the heat. This theory is logical and believable!

If the theory is true, then somewhere along the lines the oyster was swapped out with a prune. I couldn't find any information about this but maybe you can!

This book is due out August 21st, but Amazon is accepting pre-orders. The price is right and the description states there are almost 100 recipes for Halloween, from treats to main dishes, with a photo for every single recipe!

I'm getting this one! I can use it for years to come for our Halloween parties! 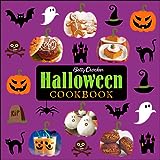 Need Some Oysters? - Angels or Devils on Horseback!

Wanna give these recipes a try? Get some fresh, in the shell oysters from Charleston. These are perfect when making traditional Angels on Horseback or add the hot sauce and make your own oyster version of Devils on Horseback!

If you would like the traditional recipe, please visit: Angels on Horseback Recipe.

It is basically, oysters wrapped in bacon and served on toast with watercress as the garnish. As seen in the photo, you can also skewer them and grill as opposed to baking.

Either way, they are an appetizer favorite in both the UK and US. Tasty little morsels perfect for your Halloween party.

Image Source: Lana_aka_BADGRL
under the C.C. by 2.0 License

Which Devil on Horseback recipe do you prefer?

Of the 3 recipes above, which would you prefer?