The Origin, date and meaning of Global Forgiveness Day

Creators: Global Forgiveness Day was started by the Christian Embassy of Christ's Ambassadors (CECA), a Christian philanthropic organization that supports and encourages both national and international aide projects and sponsors events and projects to address the needs of the local community.

Date: There seems to be some confusion as to the date of the holiday. The CECA website says it is July 7th--changed from /aug.27th, but gives no date or reason for the change, while others including those in the link list below claim it to be first Sunday in August, or that it is still August 27th. I'm not sure the reason for this confusion, but whenever it is celebrated, it is a good day to celebrate. International Forgiveness Day, celebrated on the first Sunday in August was started two years later (1996) by the World forgiveness Alliance (See their site.). Whatever day you celebrate, it's good to choose one day to celebrate forgiveness--to forgive youself,God and others, for even though we should practice forgiveness every day, the nature of our being is such that we really do need one day to be set aside to remind us of the importance of forgiveness.

See below for detailed definitions of the meaning of forgiveness. But however you define it, the meaning of the holiday is to find forgiveness for yourself and to forgive others who you feel have done wrong to you (including preceived wrongs from God)..

The meaning of forgiveness:

The World English dictionary defines forgiveness as "the act of forgiving." Further meanings of the verb "to forgive" are as follows:

More definitions of forgiveness from Dictionary.com include the idea of granting pardon and giving up all claim on account or remission of a debt. (See the entire dictionary listing.)

The science of forgiveness:

This may seem strange, but some people actually have a grudge against God and blame Him for some sad or tragic event in their lives, or even for all the bad things that happen in the world, which, they reason, he could have prevented if he wanted to, since He is all powerful. For someone like that, the first step would be to actually forgive God by accepting the fact that , not only is He all powerful, but He is also all sovereign, all knowing, all wise, land always realizes what is best. In other words, He is always righteous even though we are not and even though we cannot understand His righteousness. (See the hub featured below:)

--God's righteousness, a key to forgiving Him:

The resource listed below, the third title of R. T. Kendall's series on forgiveness, "gives three reasons why we need to forgive God and release Him from the blame we put on Him when we feel He has betrayed us by allowing bad things to happen in our lives and the lives of others." --(From the synopsis)

If the above describes you, then you need to ask God to forgive you for questioning Him and being angry with Him, and you need to accept His forgiveness for that. However being angry with God is not the only thing that we need to be forgiven for. Everyone of us needs forgiveness because, as Paul tells us in Romans 3:23, we have all sinned and come short of God's glory. We were born in sin and thus we are sinners. We sin every day in thought word and deed, even though we may not realize it. Thus, we are in constant need of God's forgiveness. The good news is that by his mercy and grace, He offers His forgiveness freely--freely but not cheaply. He cannot overlook sin, but he can forgive it, since all of our sins were paid for by His son, Jesus, whom he sent to live among us and to die a cruel death on a cross, taking our place. One of Jesus' dying words was "Father forgive them, for they know not what they do." Although meant at the time for the soldiers who were nailing Him, we can also apply these words to us today. We often fail to realize the depth of our sin and lost condition. Yet, we simply have to accept the death of His son as payment for our sins and accept His forgiveness.

See what God's forgiveness cost in the death of His son, and how to accept it into our lives. Instead of trying to ignore your conscience, we should shift our focus to what Jesus has done for us. Depending on Jesus will free us to accept God's forgiveness and fill us with His peace. 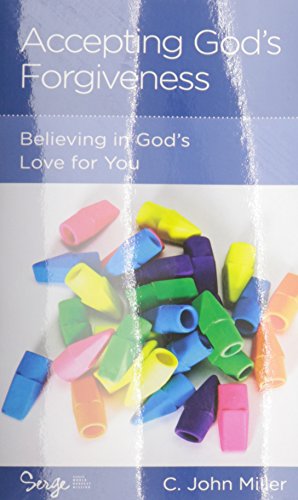 This may also seem strange, but some people, even though they ask God to forgive them and believe that He has, still find it hard to forgive themselves. They feel the burden of their own guilt so strongly that it seems impossible for them to forgive themselves. If that's you, I have just three words for you: Get over it. You can't live with regrets of the past. You must forgive yourself and move forward. Perhaps my article on forgetting the past from my new years hub (below) my help. Also check out the books I listed below. In the one immediately below, the authors point out that although it can be the most difficult kind of forgiveness to practice, yet not forgiving yourself can be corrosive to your well-being. Forgiveness of self is the natural corollary to God's forgiveness. The main focus of the book is the steps we can take to allow God's forgiveness into our lives and relationships.

--My article on forgetting the past in this hub:

--Kendall's book on forgiving ourselves:

After the release of Total Forgiveness, the most common question that readers had for author R. T. Kendall was, “How do I forgive myself?” In this follow-up book, Kendall dives deep into the subject to give readers the tools they need to put the past behind them.

and asking forgiveness from others:

Finally, having accepted God's forgiveness in Christ and truly forgiven ourselves, we are in the right position to forgive others. And forgive others we must. Part of the model prayer which Jesus left us is "forgive us our trespasses as we forgive those who trespass against us." (Matthew 6:12) He then went on to say in verse 15 that if we do not forgive others, God will not forgive us. Some translations use the word "debts" instead of trespasses. In the old testament, every 50th year was called the year of Jubilee in which all debts were forgiven. Jesus also told a parable in Matthew 18:27 about a man who owed a large sum of money and begged the creditor to be forgiven. His creditor forgave him his debt. Then the man went out and found someone who owed him a smaller sum of money and demanded payment and when that man couldn't pay, he threw him into prison. The original creditor then called the first man to him and in anger threw him into prison. This parable shows that if we have been forgiven by God of our great sin debt, we certainly ought to forgive others of their debts to us no matter what they are. Previous to telling this parable, (Matthew 18:21) Peter had asked Jesus how many times we should forgive and suggested the number 7. But Jesus said, not 7 but 70 X 7. He used this large number as a hyperbolic statement to indicate that there should be no limit to our forgiveness of others.

Is there someone who has done something wrong to you? Are you harboring a grudge toward someone. Don't wait for Aug.27th. Search your heart and truly forgive that person Then go to that person and tell them you forgive them.

On the other hand, perhaps you have offended someone and are ashamed to admit it. If that's the case, you need to swallow your pride and go to that person and apologize. Then accept the forgiveness, which they are sure to offer.

As the resource listed below indicates, only when you understand God's love and forgiveness for you, will you be able to forgive those who have deeply hurt you. The author applies that truth by explaining what forgiveness looks like in different situations and how to wisely practice forgiveness during difficult circumstances.

--More about forgiving others 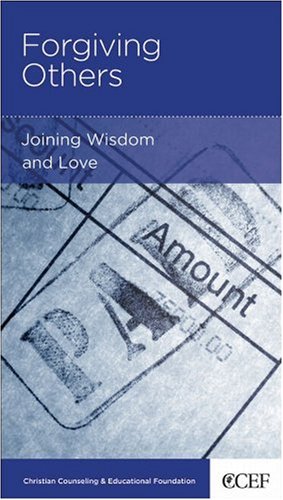 Here (below) are a few of the many quotable quotes on forgiveness both from the Bible, God's word, and from other sources. The first one relates to our acceptance of God's forgiveness.

If we confess our sins, he is faithful and just and will forgive us our sins and purify us from all unrighteousness.

Forgiveness is the final form of love

How will you celebrate this holiday?

All of the above has been the theory of forgiveness. But all of that would be worthless unless we put it into practice. One way of doing so would be to make and keep a forgiveness journal. Try it. It can be fun as well as spiritually profitable. Just keep your own written record of how you find yourself dealing with lingering emotions and forgiving those who have hurt you.