Make a Girl Minion Costume from Despicable Me

For Despicable Me 2, an officially licensed minion costume for girls and for women has finally been released. As far as I am concerned, "It's about time!" There are several very cute pre-made minion costumes for girls of all ages and sizes like the ones as seen to the left.

These new minion costumes with girl touches are likely to be very popular this Halloween now that girl fans of Despicable Me have their own official minion costume. Plus they will inspire different DIY versions.

Since it is still fun to make your own (and since the official costume may sell out), I've included ideas for making girl minion costumes and some of the minion costumes worn by girls. After seeing the girl versions of the costumes, I had to figure out a DIY for my girls, who thought they were cute, but wanted to be able to do their own.

There are many unique interpretation of the minions as girl costumes and with girls wearing minion costumes available as images, especially on Pinterest if you search for minion girls.

Warning to Parents: Some of college student versions are more PG rated than others.

Which is your favorite Minion Costume?

Despicable Me Minion Costumes for Girls

From top to bottom here are a list of the items needed to make your own girl minion costume. It is possible that some of the items (like the overalls or yellow shirt) might even be at home.

Print out Paper Minion Goggles - One Eyed or Two

The Despicable Me website has a PDF file that can be downloaded, printed and turned into your own paper minion goggles. The file comes with both a one-eyed version and a two-eyed version.

Common Supplies for a Minion Costume on Amazon 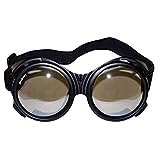 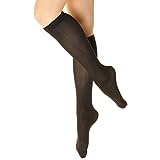 Use the "G" Gru logo to create your own to add to a DIY Minion girl costume. Draw it on the overalls with marker, or create a removable "G" logo from felt, foamie, paper or fabric. If you don't want to make you own you may be able to find one on eBay.

Girls can be Minions Too!

Minion Costume for Teens and Women

How to Make a DIY Big Girl Minion Costume

The basic yellow minion costume has been turned into yellow knit top as part of a dress, so instead of denim overalls, they wear denim skirt overalls with yellow top.

Recreating your own minion costume for teens and women is pretty simple and can be quick to do if you have denim overalls and a yellow top. Many of the items needed are in the list of Supplies Needed to Make a Girl Minion Costume listed above.

From top to bottom you need:

Supplies Needed for a Female Minion on Amazon

This officially licensed Despicable Me 2 Minion costume is in women's sizes so can fit women, college students and older teens.

In this version, the basic yellow minion costume is now a denim dress overalls instead of overall pants paired with a yellow knit top underneath.

The yellow and blue polyester denim dress comes with the Gru "G" on the front.

Note that the shoes are not include with the costume.

Minion Costume for Females on eBay

Choose your size of the Female minion costumes.

Minion Costume for Girls and Tweens

How to Make a DIY Girl Minion Costume

My 11-year-old decided that she liked this version of the costume better than the one designed for teens and women, since this skirt is just a bit longer.

Making your own version of minion costume for younger girls and tweens is pretty simple. It can be a last minute costume if you have a denim jumper and yellow top already. Many of the items needed are in the list of Supplies Needed to Make a Girl Minion Costume in the list above.

From top to bottom the items needed are:

Supplies Needed for a Girl Minion on Amazon 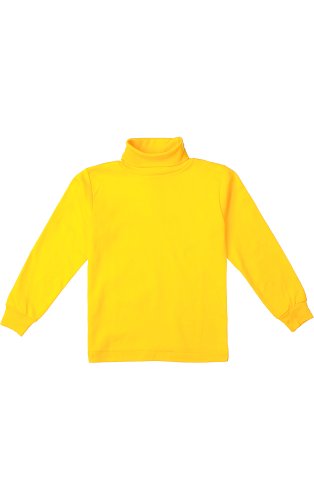 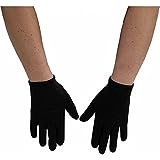 This officially licensed Despicable Me 2 Minion costume for older girls is so cute. They've taken the minion costume and turned it into a dress.

The yellow and blue polyester denim dress comes with the Gru "G" on the front.

Note that the shoes are not include with the costume.

The costume is available for pre-ordering from several of the online Halloween Costume stores (see link above) and on eBay and should be available on Amazon in time for Halloween 2013.

Minion Costume for Girls on eBay

These minion girl costumes are very popular on eBay and may sell out, so keep watching.

How to Make a DIY Little Toddler Girl Minion Costume

Since the Minion Toddler version is selling out before it is even released, you may be doing better to make your own minion costume for toddler girls.

When I saw this version of the costume, I was wishing that my kids were young enough to be able to wear it, since it is so adorable. Making a minion costume for little girls is simple and quick if you already have a denim jumper and yellow top. Use Marie LeBaron's instructions (link below) for turning a yellow beanie, elastic and a paper towel roll into a cute minion hat with goggles.

From top to bottom what you need to make this costume:

This officially licensed Despicable Me 2 Minion costume for Toddlers and little girls is absolutely adorable.

The yellow and blue polyester dress has the Gru "G" in place. Also comes with the minion beanie (hat) and black tights.

Note that the shoes and hair ties are not include with the costume.

The costume is available for pre-ordering from several of the online Halloween Costume stores (see link above) and should be available on Amazon and eBay in time for Halloween 2013.

Minion Costumes for Toddlers on eBay

Toddler Minion costume versions are coming. Watch for them on eBay.

You can find all kinds of cute minion hats, pre-made and handmade on eBay and Etsy.

There are many unique interpretation of the minions costumes done by girls available as images, especially on Pinterest if you search for minion girls. I've included some of the best ideas and links to my favorites below.

Warning to Parents: Some of images of minion costume versions from college-age students are more PG-rated with short shorts, low necklines and crop or tube tops.

Create your own minion costume by choosing and adapting or mixing up different elements of the standard minion costume. Here are the basic costume pieces, along with a few of the variations used to create different minion looks.

Pair a minion face T-Shirt with a blue tutu skirt for a fun minion costume or running outfit.

Here are links to some of those earlier ideas along with some of the current ones.

Note: Some of the costumes, especially the versions from college-age students, are more PG-rated with short shorts, low necklines and crop or tube tops.

Follow along with Merilla May as she shows how she made herself up to look like a minion. If you look closely at the picture you can see her eyes closed and white eyelashes. 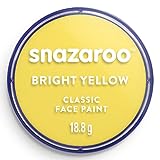 Snazaroo Classic Face and Body Paint, 18ml, Bright Yellow
Use this water-based face paint in bright yellow if you want to be minion yellow.
Buy Now

More on Despicable Me 2

What do you think about a minion costume for girls?