Twilight Christmas Ornaments -- And Other Christmas Gifts For Twilight Fans

Is Your Loved One A Twi-Hard?

She just might be if she drools at the sight of Edward, wishes she were Bella and is already planning to sleep outside of the movie theater so she can be the first person in line to buy New Moon tickets this November.

That said, it's pretty easy to find Christmas gifts for the Twilight fan, as there are many Twilight items being sold. There are Twilight Christmas ornaments, Twilight jewelry, Twilight scarves, Twilight sweatshirt hoodies, Twilight calendars ... even life-sized cutouts of Twilight characters.

So this holiday season, show that Twilight fan in your life that you get the addiction ... and join in on the fun. 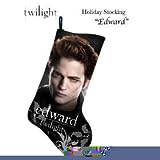 A very appropriate way to celebrate Christmas with a Twilight fan is to give them a Twlight-inspired Christmas ornament. Each item contains beautifully-posed scenes of Robert Pattinson (Edward the vampire), Taylor Lautner (Jacob the wolf) and Kristen Stewart (Bella, the object of both guys' affections). The New Moon ornament perfectly depicts the love triangle between the characters, and the red background fits in with the hues of the holiday season. The bright colors on these ornaments will make them fit in on any Christmas tree -- and even better, they'll make it sparkle, just like Edward.

Of course, if you really want to go all out and make Christmas especially memorable, get your favorite fan the Twilight stocking ... and then stuff that baby with even more Twilight merchandise! Decorating your home Twilight-style will only add to the holiday fun. And Alice would certainly approve of you dressing the place for a party...

Want to be as romantic as Edward? Then get your Twilight-lovin' gal some jewelry inspired by the movie. You can purchase a gorgeous ring modeled after the one that Edward gave to Bella when he proposed marriage (talk about romance!) or even get old-fashioned looking items that are based on the accessories which Rosalie, Alice and Esme wore (don't forget; these vampire ladies have lived for a long time so their tastes tend to be retro). Each would look great with casual clothing or even formal wear -- so these Twilight items could be worn to dinner and a movie, or a fancy party.

Then there's the symbolic "Lion and Lamb" keychain, representing Edward and Bella's eternal (literally) love (he's the lion and she's the lamb, in case you didn't know). There's also the Cullen crest keychain, which will let your honey feel as if she's one of the vampire clan.

And if you really want to go all the way, you can buy the limited edition Twilight jewelry set and the Twilight jewelry box, and then place a few items inside. The jewelry box is not only a great storage space for the items, but has a classic picture of Bella and Edward on the front (so that you can tell people exactly what type of merchandise is inside). This just might be a way to assure that she really is yours forever (and if not, well, then at least you can be reasonable certain that your holiday will be a happy one)! 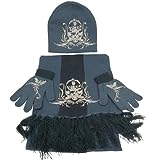 Edward may not have been able to keep Bella physically warm since his skin felt ice cold to her (unlike Jacob, whose body temp ran a seriously toasty 108 degrees), but he certainly warmed her heart. Now you can help your Twilight fan feel the same way in these comfy, cozy (not to mention super cute!) Twilight sweatshirt hoodies, and the Twilight scarf, hat and gloves winter set.

Each sweatshirt has an adorable saying on the front, allowing passers-by to know exactly how much the wearer loves Twilight. The "Team Edward" sweatshirts signifies that the fan is all for an Edward/Bella coupling, as opposed to Edward/Jacob (make sure you know whether your loved one is team Edward or Jacob before purchasing) and the "Bite Me" hoodie is a great way to express support for the vampire race in general.

Even better -- they all look great. They're comfortable to wear around the house, but they'd also be quite stylish to wear to an event ... such as a screening of one of the Twilight movies. 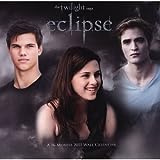 In New Moon, Bella counted the days until she could be with Edward again, and now your fellow Twi-hard can, too, with this assortment of Twilight calendars. It doesn't matter where your honey will be; there's a calendar for every location, from the desk to the wall.

Each comes with pictures of the actors/characters from the movies, so that your fan can be reminded of the Twilight series every, single day. Moreover, the calendar is, of course, practical, and is the perfect place to mark down those important dates -- you know, like when it's RPattz or Kristen Stewart's birthdays, when it'll be time for the next Twilight party....

365 days is only a drop in the bucket for a vampire who's lived for 100 years, but for the average person, a calendar is a fab gift that keeps on giving.