Valentine's Day For Love, But Think Of The Less Fortunate

On Valentine's Day, wine and roses have long gone hand-in-hand, and there is no better time to treat your loved one with either or both of these.

What's missing from the duo of wine and roses? It has to be the devilish chocolate, of course. With all three - WINE, ROSES and CHOCOLATE, you can now indulge in all things bad on this, the official romantic day of the year!

Many things that are supposedly bad for us, are really SO good for us? Wine is only bad if you drink too much, but a glass or two is actually very good for you, especially the red stuff to help you keep your ticker in shape. Chocolate has heaps of good properties and some bad. It's what type and how much. I won't spoil it for you here, we'll look at it all now...

Valentine's Day Is Synonymous With Roses

Almost three quarters of all the cut flowers imported into the U.S. come from Colombia, who are the world's second biggest flower exporter. A staggering 500 million stems will arrive into the U.S. for this special day. Colombian flower growers now rely heavily on Valentine's Day (15 percent of their annual flower sales relying on this single Day).

At the University of Leicester in England an ecologist who has spent over 30 years researching wetland conservation at Lake Naivasha in Kenya has warned that the country is being "bled dry" by the UK's demand for fresh flowers. He called on UK supermarkets to show more concern about the health of the natural environment that the flowers come from.

Improve the quality of your life

The issue over whether chocolate is good or bad for you is straight forward enough. Milk chocolate, with all its added sweetness really does nothing for your health, however, on the other hand dark chocolate, is full of antioxidants and other restorative nutrients that do actually fight the aging process.

True dark chocolate, (that made from the cocoa plant and is at least 65% cocoa), contains many of the health benefits of green, leafy vegetables like spinach and broccoli. The advantages of dark chocolate come in the form of flavonoids, which act as antioxidants - exactly the same as red wine. These antioxidants protect the body from premature aging caused by free radicals, which can cause damage which leads to heart disease and several other diseases.

Dark chocolate isn't just good for you, it's great for you.

The reason why most people feel better after eating real, dark chocolate is because it is rich in flavonoids, and so helps to relax blood pressure through the production of nitric oxide. The result is that there is a balance of certain hormones in the body, These flavonoids also reduce the blood's ability to clot, and so reducing the risk of strokes and heart attacks.

It has long been understood that drinking just one glass of red wine per day will help to keep the blood thinner. Recent studies show that dark chocolate has the very same effect. The chocolate also contains theobromine, which is both a mild diuretic and a stimulant, similar to coffee.

So what used to be considered BAD for you is now actually GOOD for you.

Besides being advantageous to your physical health, dark chocolate also works wonders for your mental wellbeing. Since it contains phenylethylamine, a mild antidepressant and stimulant similar to the body's own dopamine and adrenaline, dark chocolate can actually increase the levels of serotonin in the brain, much like a prescription drug.

Another advantage of dark chocolate is that it doesn't contain high fructose corn syrup, which fails to register with your body's satiation center. That's the main reason you can eat many milk chocolate bars without really fulfilling your hunger.

Yes, dark chocolate is typically more expensive than other treats, but it comes down to appreciating the fact that quality so often is better than quantity - i.e. 1 unit of dark chocolate is better for you than 2 units of milk chocolate. So spend the few extra bucks and make your dessert an investment that you'll be proud of in a few hours. 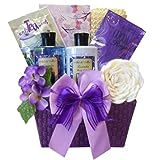 Zin should be the perfect Valentine's wine.

It's big, deep red, packed with loads of fruit, hearty and soft-edged and meant for sheer pleasure. It is tailor made not only for a day devoted to romance, but one in the middle of a chilly, winter month that begs for plenty of warmth and heat. However, finding good Zinfandel can be quite a challenge, but it shouldn't be, as over 10 per cent of Californian vineyards are planted with it.

Bright ruby red in color and full-bodied with well-balanced tannins, this Zinfandel with blackberry taste and vanilla aromas is a sure winner. Enjoy with grilled meat, Italian dishes or alone by the glass.

For extra measures keep a bottle of bubbly on hand to lighten the mood amid all that sultry, heavy red wine.

RED WINE IS GOOD FOR YOU

DARK CHOCOLATE IS GOOD FOR YOU

ROSES ARE VERY GOOD FOR YOU

Days of Wine and Roses (1962) - Movie directed by Blake Edwards

Days of Wine and Roses

Days of Wine and Roses is a film directed by Blake Edwards with a screenplay by JP Miller adapted from his own 1958 Playhouse 90 teleplay of the same name.

The movie was produced by Martin Manulis, with music by Henry Mancini, and features Jack Lemmon, Lee Remick, Charles Bickford and Jack Klugman. The film depicts the downward spiral of two average Americans who succumb to alcoholism and attempt to deal with their problem.

An Academy Award went to the film's theme music, composed by Mancini with lyrics by Johnny Mercer. The film received four other Oscar nominations, including ones for Best Actor and Best Actress.

They are not long, the weeping and the laughter,

Love and desire and hate;

I think they have no portion in us after

We pass the gate.

They are not long, the days of wine and roses:

Out of a misty dream

Our path emerges for a while, then closes

Valentine's Is Not All Wine And Roses

Think about those who are less fortunate

Valentine's Day should be the day of celebrating the value of relationships.

As the romantic day gets going, there will be exchanges of roses, chocolates and special cards galore, however, for so many this day will not necessarily bring appreciation of a loved one, but indifference, anxiety and unhappiness.

"With young, adolescent people it might make them anxious about it if they have friends who are in relationships," Ms Barling said.

"Or it could bring up the depression and anxiety involved with loss of a loved one through whatever means."

Ms Barling also commented on how the commercialism of the day showed how much we were influenced by our culture.

"You need someone who can put it in perspective, that it's just another day,"

"The key is to look to the future as things tend to change in life, whether positively or negatively."

Why Cupid? Why Wine? Why Chocolate? Why Roses? WHY NOT?

As for Chocolate, it goes back to the early Greeks. In Greek translation, Theobroma Cacao, the scientific name for the tree from which chocolate originates, means "food of the gods."

In later history, since the time of the Aztecs, chocolate has been associated with passion, romance and love.

This is why people give their loved ones chocolate. Most people, when they receive a gift of chocolate, get happy and upbeat and children get over excited and often hyper-active. After all, who does not like chocolate?

Since ancient times, the rose has signified love and beauty and has close ties to Venus, the Roman goddess of love (Aphrodite in Greek myth). The rose was know to have been her favorite flower. When the red rose lost its pagan connotations it became a symbol of the blood of Christian martyrs, which has further evolved through the centuries to its modern meaning.

So when anyone asks - Why Cupid? Why Wine? Why Chocolate? Why Roses? - because they are ALL symbols of LOVE and they ALL bring HAPPINESS.

"Chocolate has been proven to release the same endorphins in the brain as the effects of falling in love," 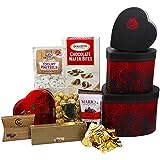 Think About Victims Of Domestic Violence

The sad side to life and the cruelty being shown toward our own people is being highlighted by a womens organisation in California.

TAHOE WOMEN'S SERVICES (TWS) is a community-based organization providing direct services to victims of domestic violence, sexual assault, child abuse and other individuals in crisis. Incorporated as an independent non-profit, 501(c)3 public benefit corporation in 1985, the agency maintains three office sites, one shelter and has 22 staff members and 3 AmeriCorps Volunteers.

Donate to the cause.

TAHOE WOMEN'S SERVICES believes that every person has the right to live a life free of violence. The agency works to empower victims in reclaiming those rights by providing safety, advocacy, education and support.

For more information and to purchase tickets to any fund raising events, visit Tahoe Womens Services