Books That Transport You to France

Reading for me has been an escape, entertainment, a teacher, even a lifeline, and I love to share this passion with other people.

Books with a French Atmosphere

Why do I want to read books set in France? Well, I live part-time in France and did spend three years living full time near Paris, so my interest in the country is obvious. But even if I hadn't, I would still read books about the French way of life, as it is now or was in the past, whether through fiction or non-fiction.

I love books that transport me to new places. These following titles are my suggestions of some that take you to France, which you can read either before a trip, afterwards to bring back memories, or... just because.

Peter Mayle is probably best known for his book "A Year in Provence" and the follow-up "Toujours Provence". The author doesn't restrict himself to Provence in this book, but wanders around France to visit food and wine festivals and fairs. There are so many of these around the country that he would have been spoilt for choice. He manages to capture the atmosphere and, of course, the local flavour, wonderfully well. 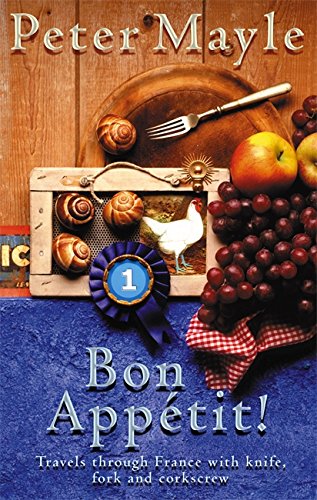 Bon Appetit! (Travels with Knife, Fork & Corkscrew Through France)
It is a lightweight but very pleasant read that will make your mouth water for French gastronomic specialities. At the same time you will learn about the many food related traditions in France.
Buy Now

Paris in my Springtime by Vernon Coleman

At a time when I was struggling to pass my exams for entry to university, Vernon Coleman had taken most of a year off all studying and was wandering around Paris. He had started his first year at medical school but became ill and recovered too late to finish the year.

He was expected to fill his time usefully and was offered three completely different jobs: as a driver for a fishmonger; as a school games assistant; and as pharmacy assistant in Paris. Surprise, surprise, he decided to go to Paris!

This is the story of how he spent his time there. Imagine that, being on your own in Paris at the age of 18. He was a considerably more self-confident 18 year old than I ever was. 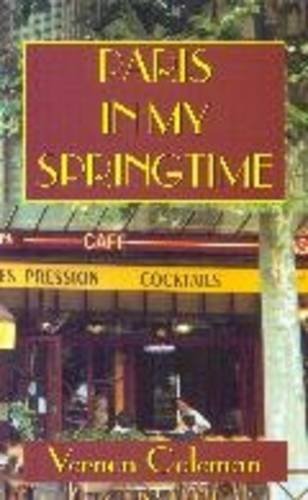 Paris in Springtime
This was written in 2002 based on diaries Vernon Coleman kept during that visit in the 1960s. I wouldn't read it thinking it was 100% a true story, though the author says most of it is factual. You may interpret that as you wish.
Buy Now

I came to read this book because "Le Gone du Chaaba" is one of the set books in French A-levels, not because I was studying but because a French teacher told me it was one of her favourite books. I read it in French and then discovered that there is a translation, The Shantytown Kid, so I read that too, in case I'd missed anything. 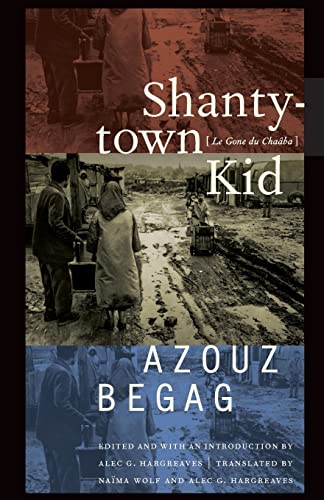 Shantytown Kid
It is a semi-autobiographical novel written by Azouz Begag, a French politician of Algerian descent, describing life in the slums outside Lyon, France's third largest city after Paris and Marseille, his progress through the education system, and how he came to terms with balancing his own culture with that education. Many of his peers thought he was betraying his heritage by doing well at school. It is a fascinating read. If you can read it in French, then do, because the English translation does lose something of the atmosphere (the original lost in translation?). So many words, either Arabic dialect or Arabic pronunciation of the French, have to be explained that reading isn't as smooth as it might be. However, if French isn't one of your languages, read Shantytown Kid in English anyway. An eye-opener to an aspect of French life not often found in books.
Buy Now

Diary of a French Herb Garden by Geraldine Holt

A book for gardeners and lovers of France and happily I'm both. It isn't, I don't think, a book to read straight through but one to dip into, a little at a time. It is written as a monthly diary so it's easy to pick the appropriate month. It's a year in the Ardeche as opposed to the Year in Provence from Peter Mayle. My husband gave me a copy for my birthday as we set about renovating our own, sadly neglected, French garden. 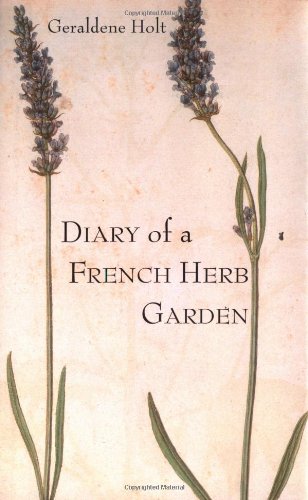 Diary of a French Herb Garden
The book tells Geraldine Holt's story of how she renovated an old neglected garden owned by the church and transformed it into a beautiful herb garden now open to the public. It is not only beautifully written but it has the most captivating illustrations. For anyone wanting to follow suit, there are plant lists and planting plans at the back.
Buy Now

Have Mercy on Us All by Fred Vargas

And now for something completely different, an atmospheric thriller by Fred Vargas. She (Fred is short for Frédérique) has written a number of novels, almost all crime stories and almost all set in Paris. I would happily recommend any of the ones I have read.

I've read two of them in the original French and found it easy enough. The language isn't complicated and the story pulls you along so you don't find yourself stuck in a morass of working out what is being said. If you want to improve your French language reading skills, you could do worse than these Fred Vargas thrillers.

That said, they are beautifully translated by Sian Reynolds. She captures not only the meaning of the words but the spirit of them too, and it never, ever, sounds awkward.

Have mercy on us all
The author's background in medieval history shines through in this book which has the possible outbreak of plague in Paris as the setting, along with notes of warning read out by a town crier. The characters seem real with endearing foibles, even if they seem unlikely. In many ways the story is very far-fetched but totally engrossing. Isn't that the purpose of fiction, to give your imagination a work-out? .
Buy Now

This is the book I can relate to most. I lived for three years in Paris but by the time I left I still felt I'd barely started to get to know the place or understand the people. Now I realise why.

Sarah Turnbull, an Australian journalist, turns up in Paris to spend a couple of weeks with a Frenchman she hardly knew. She ended up staying. Her journey to coming to terms with France and French life, in particular, but not exclusively, Parisian life, contains all the insights I wish I had known before and during my time there. It's an absolutely fascinating read and one of the best of the genre I've come across. No rose-coloured spectacles here.

As you can see, my copy above, is well read, both by myself and several friends.

A Place in the World Called Paris

This book could almost be all the others wrapped into one. If you can only have one of them, maybe this should be it. It is a wonderful collection of writings by various people about, well, you can guess where.

A Place in the World Called Paris
A Place in the World Called Paris is a selection of excerpts from fiction, poetry, memoirs, all set in Paris, some fairly long others very short. Again it is probably a book you would dip into rather than read straight through it. It's not a book you see very often so if you find a copy, snap it up. A final reminder. Wherever you are in Paris at twilight in the early summer, return to the Seine and watch the evening sky close slowly on a last strand of daylight fading quietly, like a sigh. Paris, Kate Simon. 1967.
Buy Now

France 24, the TV channel, published a series of videos on YouTube talking about French novels translated into other languages, including English. The following is just one of them, but one that appeals to me very much.

You can find many more books with a French theme in 101 Books Set in France but the following three are the ones I'll tackle next.

The first is a history of Paris which will be a longer term read, and the other two are lighter. "Firelight and Woodsmoke" is set more or less in the area where I have my holiday home and so has a special appeal to me.