A Personal Reflection on When Religion Becomes Evil

A Personal Reflection on When Religion Becomes Evil

Religion has never been perceived differently until Kimball put it in writing. Historically speaking religion has never been deduced into an evil-coercing, treacherous and murderous viewpoint before and it is not just pointing out to a religious’ belief but “religion in general”. Religion has always been a positive influence in the history of any country from the traditions and beliefs of the people to the influence of religion in the formation of a nation. What makes it more interesting is that the perceived wickedness in one religion is pointed out by another religion. Examples of which are the evils within Islamic belief pointed out by Zen Buddhist, the investigation of Sufi Muslims to that of some Christian groups, or even the constant bickering and senseless debates of various Christian sects as to which is the ‘one true’ religion teaching the proper tenets, doctrines, and principles of the gospel of Jesus the Christ.

How Does Religion Demonize Its Followers?

What Kimball pointed out as the five distinguishing characteristics that make religion evil are true in a sense that this is really what is happening. Religion claims the absolute truth; every religious belief claims that anyone who is affiliated with a group of believers, followers, or fanatics need not search for the truth because it is already within their doctrines. But then there are still people who shift from one religion to another. Religion demands blind obedience, from the leadership of a charismatic leader to the doctrines of the religious group, members are expected to follow and accept without question the doctrines. An example of this is the seeming absolute power of the Catholic Church before as manifested in the Crusades and even in the history of the dissensions and separations from the ‘mother’ church due to arguments on the interpretations of key ordinances and principles of Christianity. The establishment of the Ideal Time, there are religions which talk about the glorious days like the time of King David or the time when Satan have not yet tempted man to disobey God. It is creating false hopes among its members to have this belief and to keep them as members. Killing of people who are who are perceived as sinners in order to establish order in the world and protect others from harm and evil is a manifestation of wickedness. Using the influence of religion to make people engage in war against other countries or other religion (Kimball, 2002).

As the dominant religion in the Middle East, Islam is a good example to use for reflection in this context. As a religion, Islam aims to promote virtue of humanity and religiosity but with the different incidents of violence associated with it, Islam is linked to terrorism. Islam is a religion of peace, but when terrorist groups like Al-Qaeda launched an attack to the World Trade Center killing hundreds of people and it was found out that they have a network of supporters who are inspired and motivated by Islam, the perception towards Islam as a religion has changed. Even if national leaders would say that they do not wage war with religious group – Islam in particular believing it to be a religion of peace but being used by terrorists and their claims that they are supported by Muslims --- is creating confusion among the public (Sutton, 2010).

Religion is still a strong and pervasive power in every nation. Religious ideas and commitments have been instrumental in uniting the people. People transform and pursue higher values and truths because of religion. Love, self-sacrifice and service are among the strongest values deeply rooted in religion, how people apply these values in their lives is a proof if religion has influenced them to be good or bad. 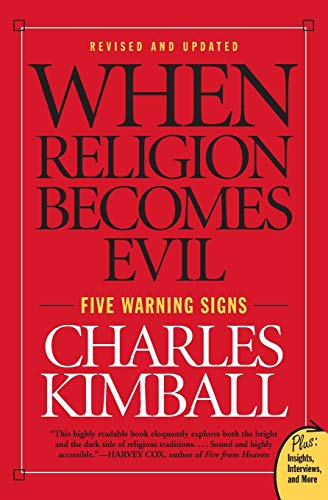