"A Throne for Sisters" by Morgan Rice - a Review

Title : A Throne for Sisters

The first book in an eight book series.

Two sisters who are orphans escape from their orphanage, where they will be sold to be indentured servants to others, to try to find happiness of their own and be free. Sophia is the more feminine sister, who is older and is very kind, while Kate, the younger sister is more battle ready and practical. Upon escaping both girls use their hidden talent to communicate with each other and read the minds of others to help them steal. They learn they need a plan to keep them achieve their dream lives, which sends them down separate paths. Sophia going to the palace to find herself a husband and Kate towards learning trades and to fight unlike the ladies of her time. For a while they find things that make them happy. But knowing that they were being hunted by the nuns of the Masked Goddess to be sold off, both girls are constantly looking over their shoulders and trying to avoid being found out.

You can check it out here 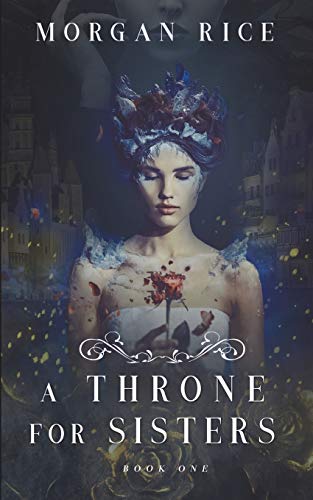 This was a fairly good novel that teaches you that lying can bring you more harm than good, even if it buys you a little happiness. It also teaches you that no matter what, you can't escape those who wish to harm you. Even if the people who do so change. The story was the best to help create the intrigue in the story itself, but it did have a lot of errors that left something to be desired. I have to say the characters were pretty interesting, even if their backgrounds, personalities and such were lacking. An example being the sisters. They were given some distinct personality traits and an ability that made you want to know more about them, yet it hinted at their past making you really wish it would be delved into, so you can understand their situation and their different ways of thinking. I can only hope more will be revealed in the rest of the series, though with how the story is going, makes me wonder if it will ever be touched base again.

Though the novel is written in a way that allows the reader to see what each girl is doing on their own, you can't help but want a better way to see this happen. It really makes things confusing, going from one chapter to the next, knowing you will see what one girls doing this chapter and the other girl next chapter, but it can be hard when trying to make a timeline of the story. If the chapter headers would at least give you a time period so you knew exactly what was going on when, it would definitely had helped. I got the gist it was supposed to be each chapter was happening at the last chapter was, but it drove me insane when I found myself thinking that what this girl was doing might be happening after the girl I just finish reading about. I would have loved a better transition.

I also found, though the book had some good conversations, when they got voiced, that their weren't a lot of conversations going on in the book and the details of the scenery didn't make up for this. I am used to being able to see what the characters are thinking in the middle of conversations, but to not have a whole lot of them was very disappointing. It felt as if the conversations were skipped at times, just giving you a basis of what was discussed, when I would have loved to know more. I understand mundane conversations being skipped, but when the two characters are falling in love, it would be nice to have more conversations, details on the different characters actions, etc. However, none of that happened. Just brief sentences about it.

Though, I will probably read the rest of the series, just to figure out what happens next and because I am a little OCD about finishing series I start, I fear it won't stand up to my standards. With that said, I do think this book would be good for teens. It is fast paced, doesn't dwell on some of the finer details someone like I would enjoy, and had a great idea in the story plot. I would rate this book 2 stars out of 5 stars because of how it was written. I would have definitely loved more and hope in the future books, Rice will give us just that and not skimp out on things that may help the story become deeper and much more fulfilling.