Am I Turning Into My MOTHER?

Am I turning into my mother ?

Don't get me wrong--I love my mother in some deep, elemental, imperishable way, but as far as wanting to be her? No. Not. Definitely not.

My mother is 88 years old. She was born in 1921, at a time when women obeyed men; just one year after the 19th Amendment to the United States Constitution gave women the right to vote. Both she and my father came from small working farms in Upstate New York that were hit hard by the Great Depression. Neither of my parents went to college.

My father worked hard. He tried to run a farm and work full time at an electronics factory, simultaneously. He had to give that idea up, over time, and rent out the land to other farmers, as his job with the electronics firm (GE Sylvania) increased in scope. My dad was an inventor, with seven patents to his name when he retired. He had a very strong work ethic, which he passed down to his kids. He didn't miss a single day of work in 30 years !

He was a very strict fundamentalist belonging to an obscure sect called the Church of the Pilgrim Fathers. It was a dark, hellfire-and-damnation kind of religion and suited our father to a T. They didn't believe in the perfectibility of human beings (all are sinners, doomed to burn forevermore in the Lake of Fire & etc.), but they didn't make allowances for human error, either, which seems contradictory to me.

My mother was 19 when she married Dad. She let him rule the household, absolutely, and oh my! What a tyrant he was. He beat the newborn babies until they stopped crying, so he could get his rest to go to work in the morning. Apparently neither parent knew that newborns have to be fed through the night.

I won't harrow you (or myself) with too many more details like that. There are many family horror stories of Dad's cruelty to us children, and even after all this long time, they can't stand the light of day.

Mom went along with all of this. We accepted the situation, ourselves, when we were very little children. It was all we knew.

By the time I was ten or eleven, I began to seriously question things, and realize there was something really wrong here. I was always a great reader. My great escape from a grim existence was through books. I was so helpless to do anything about our situation at that age, and very angry and frustrated by not having the power to protect myself and my brothers and sisters and not having the power to improve things for us one whit. My mother's calm acceptance of some really unspeakable brutalities on my father's part, especially towards my sister Carole, drove me CRAZY !

I couldn't confront our Dad--it was worth one's life to try and confront Dad, you knew you couldn't win--he had sheer brute force and no conscience on his side. But I could, and did, confront Mother.

Oh, poor Mom! I confronted her over and over. I couldn't understand how she could put up with this. Why didn't she do something? how could she be so inert ? Where was her zip , her pep , her get-up-and-go?

I understood her better later on in life. She was afraid to make a change. The Great Depression left its mark on her. She was more secure where she was. She had seven children over a 14-year period. She suffered from anemia. Her vision was poor; she was overweight by the time I was ten or eleven; she never had a job outside the home. She was a housewife and mother. That was her identity.

In her day, a woman who left her husband, no matter for what reason, was a fallen woman--a Jezebel. Her thinking was that women were subject to men and men were subject to God; that was the natural order of things; men were breadwinners and women were housewives and mothers. The women and children put up with whatever the men dished out. Women and children were essentially chattels of men, in our Mother's mind. This way of thinking relieved Mother of the responsibility for our circumstances, and for her own.

Even at 10 and 11 years old, I didn't accept that. I believed Emerson when he said, "I make my circumstance." I wanted to "make my circumstance", too. I told Mom that if money was the issue, we could all work and help out, and between us all, we could make it. We could do it. I could pick apples; I could pull potatoes, onions and beans (we had some wetlands around there where machine harvesters couldn't go, so there was some fieldwork available); I could get a paper route and babysit and shovel driveways if we moved into town.

I thought it was critical that we got away from Dad. He'd do one of us in, one of these days, in one of his red, red rages. He really didn't know when to stop. More than one of us had come close to a fatal situation more than once (like I said, I won't get into too many harrowing details). I had a constant nightmare of being buried at the end of the garden when I was not quite dead yet.

I turned my face away from her. I could not, would not, think like that.

Well, time goes by and all things change. I've been married, twice now. Neither marriage worked out, and that's not too surprising, really.

I have made my own way in the world, as far as I've got. I've been self-supporting whether married or single.

But now that I work from home, I'm finding I'm more like my mother than I ever previously would have thought. I'm a real homebody now. I make big one-pot meals, and freeze them. I order things from catalogs. I spend a lot more time with household matters.

i take less care of my appearance. I used to dress very well; very professionally--to go off to work every morning. I took good care of my hair, makeup, business suits, and shoes, and was careful of my personal presentation.

Now it's more track suits and jeans and T-shirts. I even have (shades of my mother!) a couple of loose house-dresses in my wardrobe. I find they're more comfortable in the summer.

Mom lives in my apartment building. I look after her somewhat; we get along OK now. My Aunt Helen takes the most care of Mom, for which I'm grateful.

I've come to accept her the way she is. There are certain topics we avoid: we are both peaceful people and dislike confrontations, and on those topics, the gulf between us is too vast to cross.

More than that; we each, in our own way, are optimists. We both try to give people the benefit of the doubt. We both try to look on the bright side. Neither of us is any good at holding a grudge for long.

It sounds so strange to say it--in a lot of ways, I'm like my mother, after all. 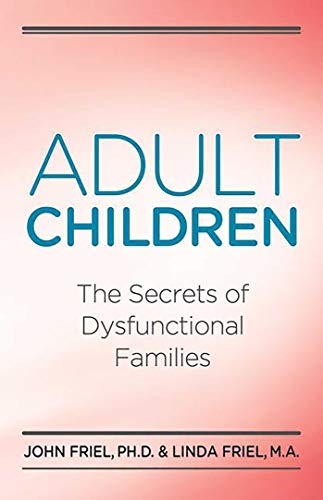