As a self-published author, I know how hard and time consuming the marketing and promotions process can be. It takes away from actual writing and editing time and produces very little results.

While it's a competitive industry, I don't feel that authors are competitive with each other. This is probably because there is enough business to go around, and everyone's stories are so unique and personal that we are not looking for a prize at the end of the tunnel.

Below is my interview with one such writer, Amanda Clay, along with a link to her book, Rebel Song. Check it out along with her social media links below!

I have one book currently available to purchase. It’s available on Amazon for now. After June 12, 2014, it will be available through Barnes and Noble, iTunes, Smashwords and Kobo, as well as my website.

That’s such a tough question. I’ve never read a book with quite the same plot line, but there are certainly books that have influenced my writing style. A lot of times when people ask me, well, what’s it like?

I’ll say, it’s kind of for people who like The Hunger Games—simply because even non-readers know about The Hunger Games! I have a hard time comparing it to such a beautiful masterpiece such as that, but I did take the HG series as a strong influence. I was also influenced by Laini Taylor’s writing style in Daughter of Smoke and Bone.

I think we can really learn a lot about life and humanity from teens. They are so raw and real in everything that they feel, and they are experiencing so many things for the first time.

As adults, we can become so jaded about the world, and we forget to sometimes just feel things. There are also some universal experiences everyone goes through at this age—coming of age, finding a place in the world, having to make hard decisions for the first time, experienc[ing] love and loss. Whether the setting is fictional Arlanda, modern day L.A. or Medieval England, everyone has to grow up and face the truth and reality of life at some point.

Well, I’ve never been a princess fighting off a revolution so Rebel Song isn’t quite autobiographical, haha. But all my characters do embody some traits of either myself or people I’ve met along this journey.

I might base a character’s physical traits on an old friend or maybe the way someone I know talks comes through in a character. There may even be an experience I had as a young person that I’ve incorporated into a new time and place.

For example, some of the things said between Rogan and Elyra during an argument were pulled from a real-life squabble with my high school boyfriend. Another real-life splice is that I grew up in a little vineyard town in Northern California. Rogan Elwood comes from a family of wine makers.

Someone told me recently that Rebel Song inspired them to return to their own creative endeavors. Being someone’s creative inspiration is a tremendous compliment to me.

Honestly I think it was seeing my book for sale for the very first time. I had this overwhelming feeling of accomplishment. After years of jotting down ideas on Post-its, I’d finally fulfilled a lifelong dream—a hard feeling to describe.

Peter O’Connor from Bespoke Book Designs. He and his wife, Caroline, are the BEST. So talented, so easy to work with and just a generally an awesome experience. And they’re British—I am a serious Anglophile!

Hmm…I’d like to try my hand at fantasy one day. I’m a huge fan of the genre, and I deeply admire writers who can build such believable complex worlds.

I’m working on finishing up Book 2. I also have a New Adult series in the works.

10. What is one of your favorite quotes?

“Even the darkest night will end and the sun will rise.” – Victor Hugo, Les Misérables.

Something we all need to remind ourselves of from time to time. 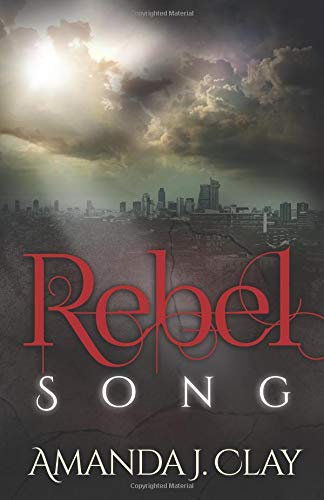