Great writing does not come out of thin air. People are not specially selected to develop stories to be distributed to the masses. It takes one person to come with an idea and take the time to write it down, edit it, and submit it for publication, or in this case, self-publish.

I interviewed author Bryan Pentelow, and this idea kept popping into my head as I read through the final interview. Pentelow's desire to write came from wanting to put more writing in the world for his grandchildren to read and has since developed a three novel series (and growing) titled, The Sprocket Saga. From this, Pentelow has been able to add to his library of books to read to his grandchildren that contain his voice, his thoughts, and his name on the cover.

I have written three books in The Sprocket Sagas series with a fourth in the pipeline. These are children’s books for eight years and upwards. I have also tried to put enough material in them to make it at least bearable for any adult who has to read them to their offspring. Both my wife and I have read favourite books to our grandchildren which have been hard work for us to get involved with and others that have become favourites of our own. These books contain animals, a dog, a crow a dragon and the Fearsome Four (my grandchildren) as well as assorted adults to aid and frustrate them and innumerable villains causing chaos.

The sci-fi series Human Advance stands at one book, Sea Change, which should have been longer but for my impatience to see it in print. The sequel will be longer and currently stands at seventy thousand words. The main theme of these stories is the rise of artificial intelligence and how people integrate with it. Who controls who, and how many human attributes can an AI obtain before humans react adversely.

Finally there are innumerable short pieces which were written as speeches, and I intend to collect into a book at some stage.

The three Sprocket books and Sea Change are available from Amazon in paperback and are available on Kindle as eBooks. The first Sprocket book is also available through Barns and Nobel and W H Smiths in hard and soft cover and as an eBook on Nook and Koko.

I suppose the Sprocket books are fast paced adventurers like Enid Blyton’s Famous Five and Faraway Tree books. I dream of my stories having the sales and longevity of her titles. I read everything she wrote as a child and my eldest granddaughter is doing the same. She has also discovered the delights of reading under the bedclothes with a torch after official lights out.

With Sea Change I hesitate to compare my book with any of the science fiction greats. But if I could ride the coat tails of Neal Asher and his Ian Cormack series then that would be great.

The Sprocket series was started for my first granddaughter who consumes books faster than her parents and I can provide them and haunts libraries in search of further adventure. Now I have four grandchildren so naturally they had to have one each.

As far as science fiction goes I am writing for me. I fell in love with E Doc Smith’s Lensman series as a teenager and have enjoyed the freedom to take ideas to their logical conclusion and beyond that these books give. I have been able to set down a head full of possibilities and explore where they might lead and hope that others will follow my arguments and draw their own conclusions.

Strictly speaking they’re not and were never intended to be bur elements of my character have slipped into Brassroyd in the Sprocket books and a good friend who edited Sea Change said he could hear my voice strongly through many of the characters as he was reading it. I suppose every author writes from what they know and will take from reality even in the most extraordinary settings if only to give their characters life. People react in fairly predictable ways and giving them an everyday feel helps them become individuals.

My first set of reviews. I sent off Sprocket and the Great Northern Forest to Indie Book Reviewers and waited with trepidation for the results. Four splendid people said some very nice things about it and wanted more. To balance this and enable me to still get my head through standard sized doors the first review of Sea Change was posted by an old friend from college days. With the splendid put down I would have expected from a true friend he informed me that if it hadn’t been for the spelling errors and typos he wouldn’t have believed that an illiterate like me had written it. It is still up on Amazon, and I treasure it. I did however take the book down, find and correct the mistakes, then send him a corrected copy.

Receiving my first actual book. My granddaughter Sophie was completely underwhelmed by Sprocket being published as an eBook on Kindle but when the first paperback arrived from Create Space her reaction was “Wow a real book!” What better could you ask for?

This has been my greatest problem. I have been a moderately competent draughtsman in my time, but now suffer from age related tremors, which results in my youngest granddaughter producing far more elegant pictures than I can. So I rely on images from Google and the splendid software of CreateSpace to produce professional covers. I was really proud of my first cover till one of Sophie’s school friends asked her why she was reading a boring book about trees. Must try harder!

I am toying with a semi autobiographical tale of the 1960s in the back water where I grew up. But will have to be very careful not to be sued for libel if I ever manage to knock it into shape.

Finish Sprocket and the Heart of the North, the fourth of The Sprocket Sagas which will fulfil my commitment to my grand children. Then complete Look to the Stars the sequel to Sea Change which may be one or perhaps two books depending how many ideas there are to explore before I find a logical conclusion.

10. End with a quote from one of your books.

I have decided to fall back on every Englishman’s favourite topic, the weather, and pick a piece from the first Sprocket book.

"Dawn didn’t break that morning, it sort of cracked in several places and dissolved into the cold grey drizzle which efficiently soaked everything then lurked about on the edges waiting for a passing neck to drip down." 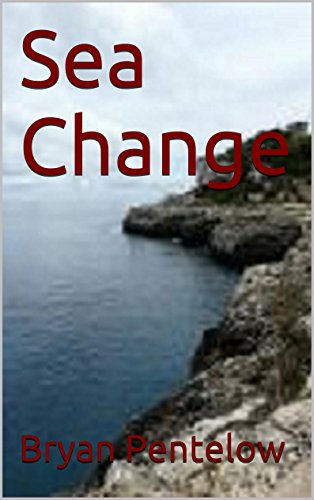