As self-published authors, some of our first fans are our own family and friends. They look for versions of themselves in our stories, curious to see how we perceive them in our minds and sometimes even worry about how they will be portrayed.

However, I have found that many writers do not consciously include their personal lives, events, and relationships in their work. This is especially true of fantasy writers. Instead, they are inspired by other fantasy stories.

Author Denae Christine has written her fantasy trilogy based on similar stories with the intent of creating a new world where readers can get lost, a world that does not resemble our own and therefore provides a means of escape. This is the goal of many readers who pick up a new book, and Denae Christine is an author who can provide this.

My name is Denae Christine, and I'm active on Facebook and Goodreads. I wrote Royal Deception, available on Amazon. The next book in the trilogy will be up for pre-order shortly.

Royal Deception is a bit like Tamora Pierce's Page in that a young hero is growing and learning in a magical kingdom over a period of time, and the main character is driven to protect people in a similar way that Keladry is. He also hides his emotions like she does. The second book in my trilogy is more like Runaway King by Jennifer Nielsen, but saying more would give away spoilers. The whole trilogy is a retelling of Disney's Lion King.

I write for 10 to 14 year olds because those are the books I enjoy best. The characters are just the right age with lots of potential, and there's plenty of action without icky romance or graphic violence. Themes are friendship, family, trust, and betrayal. Characters explore who they are and who they want to become.

My books are not autobiographical. Pieces of me end up in my characters, but I've never been able to turn my arms into swords or wings, despite my better dreams.

My greatest moment as a writer would be when my little brother finished his own book. I love encouraging others to write, and seeing that happen with family was my proudest moment. Hopefully I can convince him to publish as well.

The covers come from an artist friend working with a graphic designer friend. Another friend helped with my map, another did my website, and another is designing sketches. I pay them, but really I'm just blessed to have such talented friends.

My little brother is probably also my biggest fan. He gives me feedback on my writing and hands out bookmarks to his friends.

Next, I finish the trilogy! Book 2, Runaway Deception, comes out early next year, and book 3, Rebel Deception is half written.

"Whatever you do, work at it with all your heart as working for the Lord, not men." -Colossians 3:23

"Insecurity is not humility" 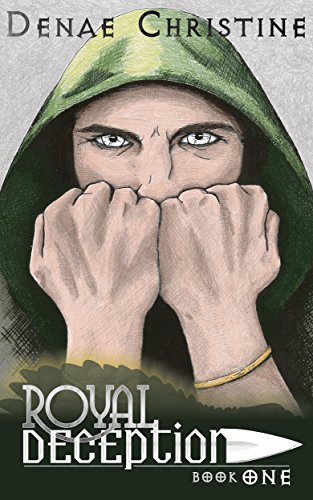