The novels we review in best selling novels 2014 are the most popular current novels based on Amazons best seller book list:

The books we have reviewed here tend to be easy fun reads, more than they are great literary works. As you will see many of the novels that sell well have movies or TV shows based on them and there seems to be quite a few romantic vampire novels in the list. I blame that on the success of the Twilight movies. Regardless, you should be able to find something here that you will enjoy reading.

Dead in the Family

Dead in the Family is the tenth “Sookie Stackhouse” novel by Charlaine Harris.

Full of subplots, with an expanding array of human, faerie and were-human characters, Dead in the Family presents many views of “family”.  Will all “Sookie Stackhouse” fans find everything they want?  No, but you might well find many chapters to your liking.

The Girl Who Kicked the Hornet’s Nest

Stieg Larsson’s The Girl Who Kicked the Hornet’s Nest is the third in the Millennium trilogy. You might recognize the similarity to the movie title “The Girl with the Dragon Tattoo”.

Larsson shows exceptional skill, both in resolving plot issues throughout this novel, and in presenting the emotional realities his characters face.

Although Larsson may have planned a much longer series, his death in 2004 brought the series to an end. 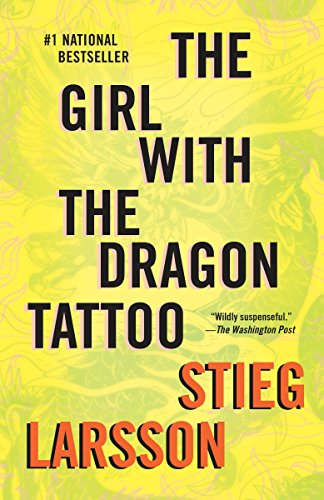 The Girl with the Dragon Tattoo

This novel, The Girl with the Dragon Tattoo, is the first in Stieg Larsson’s Millennium trilogy.  Already released as a motion picture, the deals with several issues: violence, especially against women; solving a “cold case” as tricky as any Miss Marple closed-room murder mystery; and government corruption.

Lisbeth Salander is the young woman with great computer skills and few social skills.  Will she work with a journalist convicted of libel?  What secrets does the industrialist Vanger family hide?

Kathryn Stockett’s The Help is set in 1960’s Mississippi.  It shows how a female college graduate learns to care about the plight of the black maids who work for many white families.

Beyond that specific time-and-place, it also deals with how people treat – and mistreat – each other as power or status permit.

The writing is rich and compelling, bringing the reader into the time and place – and lifestyle – vividly.

Rick Riordan’s The Red Pyramid is subtitled “The Kane Chronicles, vol 1. This is the first of a planned trilogy.

Dr. Julius Kane is a widower and Egyptologist. His son, Carter, has travelled with him while daughter Sadie lived with her grandparents. A research experiment at the British Museum unleashes the Egyptian god, Set, and sets the adventure into high gear. Carter and Sadie express their views in different chapters.

Aimed at readers aged 9-12, this is a worthy successor to Riordan’s “Percy Jackson” series, shifting to an exploration of Egyptian mythology.

The Girl Who Played with Fire

The Girl Who Played with Fire is the second installment in Stieg Larsson’s Millennium trilogy.

Separate but parallel investigations into three murders form the backdrop to show the perversity of the underground sex trade.  Characters from The Girl with the Dragon Tattoo return, disappear, and return again.

The seventh in a series for older teenagers or young adults, Burned tells its story from several points of view.  Zoey, a fledgling vampyre, had been the protagonist in the previous novels.  Burned deals with many other very interesting characters as well.

Long-time House of Night fans will want to read the latest installment, but Zoey’s fans may not be satisfied with how the story is presented.

The Short Second Life of Bree Tanner is a novella based in the Twilight Saga alternate universe – the series by Stephenie Meyers.  Ms Meyers sees it as providing additional background for the series.

Bree Tanner is a newborn vampire, introduced in the novel Eclipse. This novella follows Bree on the track of Bella Swan.

The eighth in the series, Lover Mine follows “the next generation” of vampires.  Those who know and love the series will happily grapple with the characters, relationships, conflicts, emotions and mix of storylines.

In Reverence: Renewing a Forgotten Virtue, Paul Woodruff examines the notion of ‘reverence’ – the emotion that respects, fears, or loves with awe and wonder.

Woodruff, a professor at the University of Texas at Austin, has written several books of popular philosophy.  Reverence deals with religious and secular views, and crosses cultural and historic settings. Don’t be put off by the word “philosophy”, because Woodruff is clear, concise, and writes well.

As an example of what this book discusses, consider: If you are strong, how do you treat others?  If you are weak, how would you like the strong to treat you?

If you enjoyed best selling novels 2014 you should also read best parenting books for toddlers and best nonfiction books for children.