Book Review: Across the Ocean: Blood, Not Water

Two guys meet at Nandos and instantly hit it as friends; Martin is an English cage fighter, while Leroy is a black American university lecturer. One night, after Martin’s passionate encounter with a girl named Celia, he ends up unconscious. Celia panics and calls Leroy to let him know of the incident. Martin gets admitted to the hospital and after tests were made, it turns out that Martin has a rare genetic disorder, needing a bone marrow transplant within 14 days. However, Martin doesn’t have any siblings or blood relatives so out of desperation, Celia and Leroy register for a test though they think it’s impossible to have a match. Surprisingly, Leroy is a perfect match, and this unexpected result leads his curiosity to research for his roots as well as Martin’s.

Across the Ocean: Blood Not Water by Hawa Crickmore is a novella about friendship, love, and lineage. The characters were diverse and the flow of story was interesting. Though the author’s writing style was very simple and direct, the storyline was something that I have not encountered before. Who would’ve thought that a white English man and a black American would share something bigger than friendship? It was the ancestral story from 200 years ago that kept me reading.

I’m giving this book 4 out of 5 stars for its ingenuity and impressive backstory. It’s a good book, but it would’ve been great if the editing was pristine by going through content and development edits, line editing, and proofreading. This story is original and heartwarming though my recommendation is limited to mature readers due to the sensitive topics involved like slavery and sexual assault. 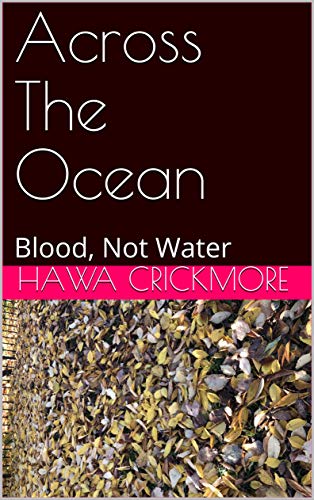 Across The Ocean: Blood, Not Water
Buy Now