When I started to read this series, I was disappointed with the first one hundred pages or so and nearly stopped reading, but a long time ago, I told myself that no matter what, I would do an honest review no matter the outcome.

And while I was ready to give up, I’m glad I didn’t.

As the series winds down, we’re taken back to August 24, 1814, where First Lady Dolley Madison is being hustled out of the White House as the British are invading.

In the hurry to leave, she panics when she can’t find Thomas Jefferson’s treasure and White House gardener, Thomas McGraw tells her that he knows where it is and proceeds to bury it.

Fast forward to chapter one where the current White House gardeners are watching as President Bradley begins to plant two trees in honor of his twin baby boys.

As he digs, he hits a water main and the blame is put on Cassandra “Casey” Calhoun.

She swears up and down that the schematic she followed has been stolen since water mains weren’t on it, and head curator Frida Collingsworth storms into the office accusing head gardener, Gordon Sims, of stealing paperwork on a project that she’s been working on.

Later in the day, Casey goes into the Children’s Garden and finds Gordon face down in the pond and Frida dead in some bushes.

Chaos ensues as a power struggle between Casey and Lorenzo Parisi begins to heat up since he likes it when she fails.

Before Frida’s death, Casey had received a simple text that said DIE and she ignored it, but continues to receive the same text throughout the story.

Also, in the first installment, there’s a hint to Casey’s past, explored a little further in the second installment and comes to fruition in this installment. The only problem here is it should have been played out a little earlier in the book.

Even though her past is put to behind her, we’re not really sure if she’s ready for the future. It was sort of a disappointing conclusion.

All in all it did turn out to be a good series and if Casey should show up again, I wouldn’t mind spending a little more time with her and her antics. 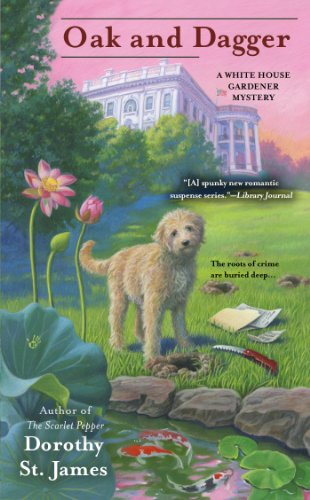