I should have stopped after I finished the last page of the first book.

But, no, I must be a glutton for punishment as I had hoped the second installment in The Garden Society Mystery series, The Begonia Bribe would be better. It wasn't.

In this installment, Roanoke is the setting for the Little Miss Begonia Pageant (another pageant/murder) and this time our heroine, Camellia (Cam) Harris has been tapped to coordinate everything since work is a little slow during the summer months.

Cam soon realizes that its not all pomp and circumstance as she has to deal with former high school rival, Mindy, and her two daughters. The girls immediately take to Cam and her best friend, Annie, but when judge, Telly Stevens is found dead, Mindy floats to the top of the suspect list.

With Telly dead, Cam, Annie, Cam's boyfriend Rob and detective Jake Moreno, put their heads together to figure out who killed the TV personality and later his wife.

Once again, author Alyse Carlson seeds your mind with wanting to use Savalas after Telly (and since people are familiar with the Kojak actor, it's hard to get the actor out of your head) so whenever the character is mentioned your mind automatically wanders. Plus, the pageant storyline has been used many times in the past.

The second installment is still a hot mess and Carlson has way too many characters once more. Some are mentioned in conversations and never materialize, while others pop up for a line or two and then disappear into the pages to never be heard of again.

Carlson should have improved following the mistakes of the first book but sadly, the hits keep on coming. 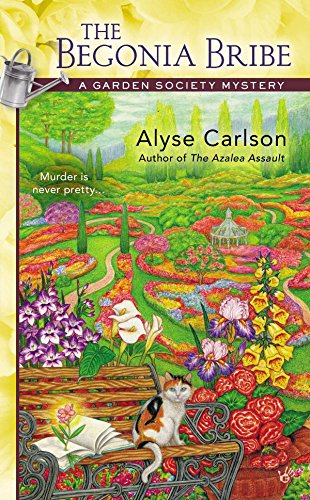