As if the aftermath of war, natural calamities, and societal collapse aren't enough, the dead rises after a plague sweeps most of humanity --- corpses roam around the corners of Seattle ready for another victim of their newly-found hunger.

Meanwhile, one man is lost and trying to find the new him as he slowly realizes the growing hunger that is transforming him from a clueless walking corpse to a complete zombie.

In this prequel to Warm Bodies, Isaac Marion takes us back to when Julie was only 12, Nora was 14, and R hasn't identified what kind of creature he is.

I was in so much awe as I turned each page because the author was so eloquent. He never failed to inculcate the right emotion to his readers. Chapter by chapter, the tension escalated because of such horrifying development in the story.

This book is gruesome with a psychological effect that actually made me think it was indeed the end of the world. Instead of feeling like I went through a portal and straight to the story Isaac created, I felt the exact opposite --- it felt as if the characters of the apocalyptic world joined my world.

Overall, I'm giving this a 5-star rating. Its way too powerful leverage almost made me insane after what happened to Addis. I was so into it that I mourned and truly felt shocked and devastated like Nora.

I highly recommend this book to readers who read Warm Bodies. If you haven't read it, you're missing the greatest zombie series in the world of literature. 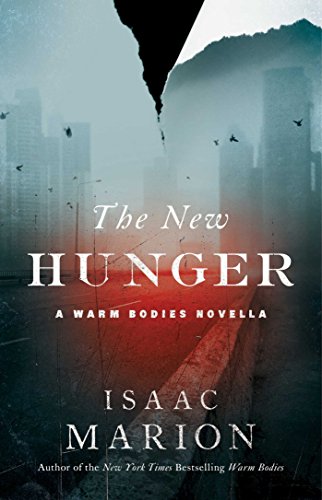