Book Review - The True Story of the Bilderberg Group, by Daniel Estulin

Who are the Bilderberg Group?

This book, The True Story of the Bilderberg Group by Daniel Estulin, has had a profound effect on my outlook in life.

It has made me question the accepted version of the history of the major world events of the past 70 odd years, as well as take another look at our current politiciansand world leaders.

Are they puppets for the Bilderberg Group who control the strings?

Is it really possible this group, who I previously hadn't heard of, are so omni-powerful that what they decide can change the course of events in not just the whole of the western hemisphere, but perhaps the world?

That's a scary thought! It means that those of us who thought we lived in a free and democratic society really have no power at all.

Buy the Book at Amazon

The True Story of the Bilderberg Group
Buy Now

How the Bilderberg Group were founded

In the book, Daniel Estulin describes how the Bilderberg Group were founded in 1954. They held their first meeting at the Bilderberg Hotel in Oosterbeek, Holland.

It was Netherlands' Prince Bernhard who organized this very first meeting of representatives of the world's economic, industrial, political and military realms.

He believed the Great Depression could have been avoided if the individual leaders of each powerful nation could actually get together and make decisions without having to have one eye on the electorate all the time.

In other words, He wanted them to get together and discuss workable solutions, but behind the backs of the electorate who may disagree with what was wanted and so vote them out of office.

To this end, the captains of industry were involved from the very beginning, as these players as well as forwarding their own agendas on an equal footing with the politicians, could assist in making sure that what was decided at the Bilderberg meeting was carried out.

At the end of that first meeting, the attendees agreed to form a secret association.

While a lot of subsequent reports suggest the Bilderbergs got their name from the hotel of that very first meeting, it has since transpired that during the early 1930s, German-born Prince Bernhard served as an officer in the Reiter SS Corps and was on the board of an IG subsidiary, Farben Bilder, and so the organisation's name may have been derived from that.

After the war, his family conveniently buried his Nazi history when he became a top official in Royal Dutch Shell, A Dutch-British conglomerate.

Today, this rich European oil company forms part of the inner circle of the Bilderberg elite.

Aims of the Bilderberg Group

The Bilderberg Group meet annually at an unpublished location throughout the world.

They always choose a hotel of the highest luxury, set in a location well away from prying eyes and gossip, but the presence at each meeting of the huge numbers of security personnel are a dead giveaway.

KIngs, queens, heads of state and heads of industry are either present or represented.

Nearly all the presidents of the US and prime ministers of the UK were invited to attend these meetings, about a year before they got elected.

Daniel Estulin names all those involved, with back up evidence of photocopies of invitations, minutes of meetings ,and, in many cases, photographs.

As I read more into the book, the initial aim of the Bilderbergers changed from solely creating an alliance between Europe and the United States so that they could work together on questions of policy, economics and strategy to prevent another world depression, to unifying together to actually rule the world.

By the end of the book I was thoroughly convinced that the New World Order, as it has become known, wants world domination so that the very few dirty rich people in the world can become even richer, by ensuring they have a monopoly over all types of industry.

In parts of the book, Daniel Estulin resorted to novel type writing where he described being followed by Secret Service agents in his role as an investigative journalist, and these parts were very readable.

The core parts of the book that named the Bilderbergers, past and present, were harder to read to a casual observer such as myself, but I'm sure this book would be fascinating for those who start off believing in conspiracy theories and the like.

There was a lot of American political history, which I know very little about, in the book although I did understand quite well when he talked of events in Europe and the UK, and was able to relate to what he was saying.

I've never believed in conspiracy theories, but although I struggled to get through this book, I must honestly say that my opinion has changed.

If there is indeed a Bilderberg Group, and they are seeking a One World Order, then boy are we in trouble, and have been for the last 60 years without realising it.

There is a lot more I could say about this book and its contents, but at this stage I think it better to only suggest that you read this book too, then come back and tell me if you feel the same as I do once you have read it. 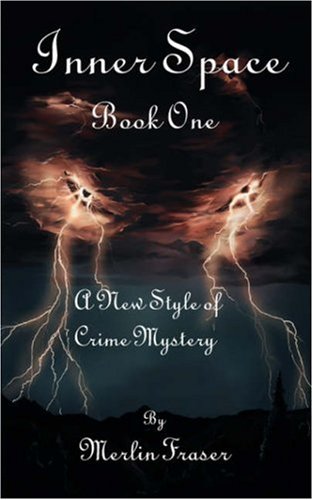 Inner Space
As the author of this book has kindly taken the time to comment below, I thought you the reader might be interested in reading the first book from the series he talks about.
Buy Now