Because of a plague, zombies have dominated the world, but R is quite different from the rest of the brain-eating monsters. He longs to be alive even without a memory of his life before he was infected. With that feeling from the smallest bit of humanity he still has, his hope to return to life grows stronger after meeting Julie, a living person.

R saves Julie from a gruesome zombie attack. Though confused and scared of his unusual deed, Julie puts her complete trust at him and stays in an abandoned plane where R resides, unaware that he was the one who mercilessly ate the brains of her ex-boyfriend. Julie eventually returns to her place with her dad and the other humans, but R realizes that he’s changing. He tells his best friend, M who also confirms to him that he and the other zombies seem to be changing. With the new hope that they have, R decides to find Julie and convince her that there might be a cure for them.

I’ve watched the movie so many times because it’s my favorite zombie movie, but I didn’t get the chance to read the book until just recently…and I’m glad I did!

Isaac Marion is one heck of a unique storyteller that every single word he uses is so momentous. He pulls the readers into a realm of unimaginable possibilities and instills in our minds that there’s a light at the end of the tunnel --- he’s big on developing hope for the hopeless in his impressive storyline and I love him for that.

I love the world that he has created where we get to understand the side of zombies through R. This book is packed with thrill, humor, and romance to entertain readers from beginning to end. Overall, this is definitely 5 out of 5 stars and I recommend it to everyone, most especially those who love apocalypse stories. 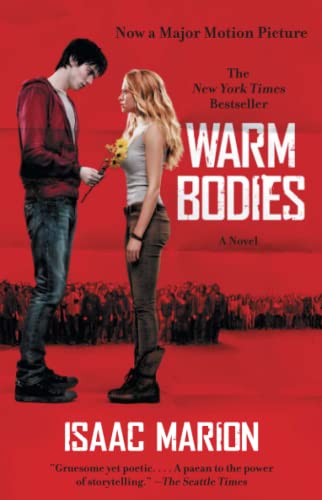