Bowled Over (A Short Story) 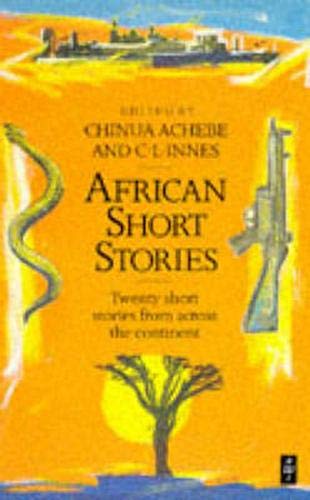 I saw him as I sat in the crowded train reading my book in the usual early morning rush. It was just a glance but I was bowled over.

He sat across from me, laptop open. I noticed his toned slender fingers tapping away at the keyboard. He looked the city-type – grey pinstripes with a pink shirt and silk tie. I couldn’t help smiling as my pulsed raced as if doing the hundred metre sprint.

I should get back to my book, I told myself attempting to read the next paragraph. The words swam, floating across the page in a jumbled mess. I shook my head, trying to focus my vision but it was no use. My eyes refused to cooperate. It seemed they only had one focus this morning.

So I gave in allowing them to feast on the object of their interest. Curly dark brown hair cut short on the sides but left long at the top. As he leaned over his laptop, some of his hair fell on his forehead. I tamped down an impulse to lean across and push the unruly strands back. I wanted to feel their silkiness between my fingers.

My gaze roamed over his chiselled features, square jaw, firm lips, taking pleasure in the perusal. And yet I wanted more, wanted to see the colour and depth of his eyes. I silently implored him to look up, look anywhere, as long as I saw those eyes.

As if he heard my telepathic request, he ran his hand through his hair moving it off his forehead at the same time as he lifted his head. He looked straight at me, golden brown eyes smiled at me, melting my insides into a pool of lava. My already racing heart tripped over itself sending a flood of heated blood rushing from my toes to my face.

“Good morning,” his voice was silken, like honey poured over toast.

“Morning.” I returned the smile timidly, hardly recognising my croaky voice. I coughed to clear my throat.

“Do you mind if I open it?” he asked as he pointed to the window. He closed his laptop and put it away in his briefcase.

“Go right ahead,” I replied grateful that he suggested it and needing the frosty air to cool my heated skin. “It's stifling in here today.”

“Can I ask what book you are reading?” he asked as he sat back down.

His question caught me off guard as I didn’t expect him to talk to me any further. However, I was pleased with his apparent fascination. I lifted the book, showing him the front cover.

“Interesting,” he said stretching out his hand. “May I have a look?”

“Sure,” I mumbled, barely able to unglue my tongue from the roof of my mouth.

As I passed the book to him, our fingers grazed each other. I felt a sensation akin to a bolt of static travel up my arm. I nearly dropped the book due to the shock. He took it off me and flipped it to the back to read the blurb.

I could only stare in awe as this handsome stranger rattled off a list of African literary greats. I wondered why I hadn’t read all their works and made a mental note to do so at the earliest opportunity.

“So is it good then?” he passed the book back to me.

“Sorry?” I stared at him blankly being momentarily distracted by the movement of his lips as they moved in speech.

“The book,” he said pointing at the object on my lap. “Is it good?”

“Oh – yes. Very much. In fact I haven’t been able to put it down until...” I stopped myself before I could complete the statement. I could hardly tell a stranger he was the reason I put the book down, could I?

“Until?” he looked at me with an expectant smile. It was almost as if he knew what I was thinking.

“It’s nothing.” I said fumbling in my bag to hide my embarrassment. I'd already been caught, staring blatantly at a stranger on a train by the said stranger. I didn’t want to push my luck further.

“My name is Timothy.” He stuck his hand out at me again and I stared at it warily, unsure if my body could cope with the impact of contact a second time.

I glanced up tentatively and caught his stare. His look was intense; his smile beguiling, dissolving my fears. I took his hand in mine and sat there transfixed, unable to process a coherent thought, allowing my body to liquefy in the excitement that swarmed me. The rest of the world vanished momentarily, as we connected, leaving just me and my stranger - Timothy. Somewhere in my brain I registered the yearning in his eyes, like a lost soul searching for a place to call home. The hunger was there briefly and then it was gone. So was the connection, broken as quickly as it had been established.

I felt a jolt and realised the train was slowing to a halt.

“This is where I get off,” he said and passed me a business card from his pocket. “And here are my contact details.”

“Thank you.” I didn’t have a card to give him, wasn’t even sure I wanted to do so.

“I didn’t catch you name.” He stood up and put on his coat.

“It’s Abi. Abi Martins.” The least I could do was tell him my name. In any case, he was courteous and attentive.

“Well, Abi Martins. Have a nice day,” he said as he picked up his briefcase.

“You too” I replied somewhat disappointed to see him go.

He flashed me another of his disarming smile and stepped off the train. My gaze followed him as he walked along the platform and disappeared in the crowd.