The Making of Chinese Democracy : A James Bond 007 Parody -The Final Scene

We now come to the end of our movie. But here is the link to the beginning if you missed anything

The Making of Chinese Democracy : A James Bond 007 Parody - The Final Scene

At last our story ends and the movie comes to a close. All that remains is for our protagonist James Bond to complete one last mission for Queen and country.

Here we now bring you the final scene in our breathtaking adventure of the events of 2008.

Bond sat on the beach bathed in the morning sunrise contemplating the beautiful scenery and ruminating on the night's events.

He was joined by Captain Willoughby Wairing whose men were relaxing at the beach swimming and taking in the sun after the night's action.

Bond was seriously considering his future,

"I'm seriously considering my future" he said,
“Yes?” said Captain Willoughby Wairing,
"Yeah! Maybe it's time I retired" mused Bond
"Oooh! I'm sure there are plenty of whizzbang years left in you yet 007" said Willoughby Wairing as he sat sharpening his pencil with a huge serrated dagger,

"Blast! Chopped off the end again" he cursed, "Haven't a pencil sharpener on you, have you?"
"No!, would you believe it?" said Bond

"But wouldn't you miss the action old chap?" asked the Captain
"Perhaps, but I think I'm losing my touch" Bond moaned
"I think she's just playing hard to get" Willoughby-Wairing sympathised, "You know the Slavs, inscrutable lot and that kind of palaver"
"No! That's the Chinese"
"Oh I see! Talking of which I don't want to be around here when they find out what's happened"
"I wouldn't worry too much" said Bond, "The Chinese understand Big Business, they've bought into it all"
"Mmm, suppose so" agreed Willoughby-Wairing as he managed to get a point on his pencil,
"Yeah, if they can get their folk to drink that stuff, it'll be the Sale of the Century"

Willoughby-Wairing began doodling the outline of a nearby palm tree,

"You're quite interested in natural science and all that environment kind of thing, aren't you?" Bond observed,
"Yes indeed" replied Willoughby-Wairing, "Shame I spend my working hours blowing it to pieces"
"But we're both well travelled, maybe we could team up and do one of those travel programmes. If Palin can do, it anyone can"
"Oh, I don't know 007, I rather enjoy his shows. Rather affable chap"
"Well he won't be so very affable now"
"No?"
"No!" said Bond, "'Q' managed to get him posted to the Congo"

"All the same" mused Willoughby-Wairing, shading in with the edge of his HB nib,"Attenborough's still top of the heap"
"Yeah! but he won't see 80 again. I can loaf around with gorillas, I can do that. I can just imagine it, 'Planet Bond' or something like that"
"Wildlife on One with Willoughby-Wairing?"
"Introduced by Jonathon Woss" added Bond,
"Or not, as the case may be!" 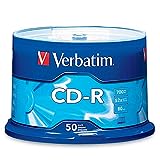 A hooter in the distance broke their laughter, it was the early shift at the Record Plant.

Barry Young had wasted no time and helicoptered in local inhabitants from nearby islands to get the new re-programmed CD's shifted.

Bond looked over his shoulder and saw Axl Rose(not so Evl now) arguing vehemently with the Dr Popper CEO.

"He's off on one already" remarked Bond, "Welcome to the band, Barry" he smirked,

Willoughby-Wairing finished colouring in the leaves on his hastily produced drawing,

"Well James, my friend" he said, "Glad to have worked with you and all that, but I need to get the lads ready, we're getting picked up by the Alf Ramsey crew soon and... Woah!!!, act casual 007” he interrupted himself.”Here she comes, play it cool now my old son"

"Hello there Enya" Bond replied, "Fancy a morning stroll along the beach?"

"Yes, zat is nice idea, I zink we should all be relaxing, No?"

"Nothing!, just a figure of speech"

They went for their walk along the shoreline making footsteps in the sand as waves frothed and lapped over their feet. Soon after, several launches from the 'Sir Alf Ramsey' arrived to pick up the troops. On board was 'M' who made her way over to the Record Plant where she was greeted by Willoughby-Wairing.

"So where's 007?" asked 'M',
"He went for a walk with the Russian girl"
"WHAT!!"
"I said..."
"I heard you, where exactly is he?"
"Down there" said Sergeant Toxteth pointing as he looked through his binoculars,
"Give them here!" snapped 'M' as she grabbed the field glasses, almost throttling Toxteth with the strap, "Uuuuuurrgh!!" he gurgled,

But down in the verdant and flowery undergrowth by the beach she could just about see Bond coalescent with Vulva and joyfully cementing Anglo-Russian relations,

"Why, the randy little git!" she snarled, "I knew he'd wear her down eventually"

Behind her, Axl and Larry were still arguing,

"I want sole rights to the distribution of the album in China and 20% of the overall profits on the soda cans" Axl demanded,
"You gotta be kiddin, you can get 30% of the Chinese market and 10% profits on the soda, but that's over and above the free promotion" countered Young,
"No way motherf......"
"Does your actual mother know you talk like that?" Young interrupted
"WILL YOU TWO SHUTTUP!!" screamed 'M'

By this time Toxteth had managed to break free using all his unarmed combat training and walked over to the Americans,

"Hey Colonel, where's the D.J. on this Whirlybird of yours"
"Here he is, why?"
"Got a special request for the breakfast show"
Back down at the beach, all was going well,
"Oooooh James" Vulva gushed, "I haff wanted this ever since I met you in Las Vegas"
"You kept that secret" said Bond, "Occupational hazard I suppose"
"We had to be professional you know. No?" simpered the Russian, "Zer was a job to do, but now we are alone and our work is over...Oooooh James, Oooooooh, Oooooooh!!!"

Suddenly over the air came the sound of a familiar refrain,……………………

Daaaa! Daa da-da Daa Daa-Daaaaaa!!!!
Daa da-da Daa Daa-Daaaaaa!!!!
She was a fast machine
She kept her motor clean
She was the best damn woman I had ever seen
She had the sightless eyes
Telling me no lies
Knockin' me out with those American thighs
Taking more than her share
Had me fighting for air
She told me to come but I was already there
'Cause the walls start shaking
The earth was quaking
My miiiiiiiind was aching
And we were making it and yoooo!!!
Shook Me Awwwwwwlll Nighhhhhhht Long!!!!!!!!!
Da-Da Daaaaaaa Da-da!!!!!!!!

And after a radio message from Willoughby-Wairing, the 'Sir Alf Ramsey' joined in with an airburst to accompany the sound.

BUT!!!....... 'Chinese Democracy' the album eventually appeared on Monday 24th November 2008 and the world remained totally unmoved and unaware of what had gone in the secret world of espionage......... and the Chinese banned it anyway.

However thanks to Weakyleaks we now know the complete truth of the heroism and bravery of James Bond 007 and all those involved in the secret and hazardous operation.