Free-association. As a psychological technique that has the ability to unlock the unconscious and make individuals aware of core thoughts, conflicts and ideas, it also can be used for a writer to tap into creativeness and jump over the hurdle of writer’s block.

Originally derived by Sigmund Freud out of the hypnotic method of his mentor and coworker Josef Breuer, the technique was used in psychology to get patients to talk about a series of memories or topics, no matter how embarrassing or irrelevant, until they would stumble across crucial memories that were forgotten. Unfortunately, Freud found that it failed to recover repressed memories.

“If a person talks without censoring themselves, certain key psychological issues emerge that are causing them to stress,” says psychologist Anthony Tasso, Ph.D.

Combine Freud’s technique to reveal unconscious thoughts with no sense of connection to each other with writers block and you have a cure! Just taking a pen to a paper or fingers to a keyboard and writing or typing can bring up some of the best gold nugget ideas that you would have never thought. With little planned out thinking, you can release an idea that you didn’t know you had. From poems to relieving stress to coming up with ideas to write about, free-association is a great tool for writers.

“Free-association potentially has a legitimate place in writer’s block,” says Tasso, a practicing clinical psychologist and assistant professor of psychology and counseling at Fairleigh Dickinson University. “There could be many factors, but if writers just start typing it could help them access their own internal creativeness. The person can be more free as a writer.” 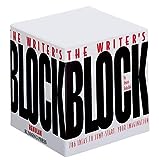 As a writer it is important to add spunk and craft to the writing, this is what makes each piece different from another. Free-association is a good tool to release this spunk and allow a writer to get in touch with their inner creative side. It can’t make a bad writer good, but it can help a good writer expand their horizons.

“There is a long history of applying psychoanalytical thinking to the arts,” says Tasso. “The more a person can be aware of the unconscious the more they can be creative and be aware of what drives them. It can make them more open in their writing.”

However, can this tool translate to a more thought out work like a novel? Can a work with a need for a laid out development be entirely free-associated? For a novel there are certain elements that need to be thought out, planned and developed, like characters, conflicts and resolutions. So, it seems like a ludicrous idea that something so well laid out could be entirely not thought about and entirely from the unconscious. Is there a limit to the technique of free association?

As a writer myself, I say there is a limit to using free association for a longer work. I believe free association can work with a general idea or a particular knot in a book, but not for a whole novel.

However, I would love to prove myself wrong, so I have decided to experiment with it. I call this my work in progress. It is something I work on in my extra free time where I just sit down and write without thinking of the types of characters I am creating. I even avoided naming the characters so I don't get caught up. All I knew when starting this piece out was I wanted to create a mystery/suspense story.

Here’s what I have so far…

Soft steps wander down a beaten path as the sun just begins to peak out of the horizon. The delicate crimson rays splash over a silent lush suburban neighborhood. It is the perfect time, early enough that not a single being is around and late enough where the warm sun begins to show its face. An engine roars to life in the distance and red lights amongst the ruby sky signal that the day is about to start and soon the calm neighborhood will become a bustling community center.

This lively area is something that she both hates and loves. She cringes at the idea that people are around nosing into everything and she craves to be alone. But that same lonesome desire is what compels her to be near people, to pry into their lives so that they are part of hers.

And as she meanders down that worn out path to start another routine day she observes the golden rays that have just stunned her baby blue eyes and she picks up the crisp newspaper. She begins to peruse through it, glancing mostly at the headlines. As she is absorbed in the black text about the world’s many crises’ she manages to stumble in her doorway and make it to her kitchen table. Just as she was about to set the paper down and give in to the grumbles of her stomach a headline caught her eye.

A vivid image surfaced in her mind of that long week that lay behind her. The horrid memories of an innocent child being abducted and abused haunted her and a shiver went down her spine. That chill turned into relief as she realized that it was over with, finally.One more child saved, one more glimmer of hope for humanity.

However, she also couldn’t ignore the increasing nagging sense that the child’s’ abductor still walks as a free man; all because of a technicality. She sighed and set the paper harshly down and continued with her morning routine. However, the chirp of her cell phone rudely stopped her in mid-footstep towards her coffee, informing her that the world will not wait for her to eat. So she answered the irate call.

“Where are you?” said the chief calmly.

“I need you to be at the docks now, you will see when you get here,” said the chief.

Great. Just what she wanted to hear. I mean doesn’t she deserve a few days break?

As she arrived at the scene, with coffee in hand, her sharp gaze scrutinized the chaos trying to make sense of it. As she stood there, an overwhelming feeling of uncomfortable-ness overcame her. She felt a presence and as she glanced over her shoulder, she found the source.

The absence of police, crime scene detectives and medical staff didn’t jolt her senses until this moment. Warning bells began to swell her head and her mind scrambled to move her limbs, but they were very uncooperative. Tiny pricks surfaced to her skin eventually numbing her entire body, and that is when the man glided confidently forward.

She meant to move back, for she was now swelling with fear and panic; however her muscles seemed to not be working. And silence lingered in the air, waiting to break at the first rash movement. Just as she thought he was going to raise his olive skinned hand to her soft face, blackness arrived behind her eyes, followed by a disturbing thud.

The light stunned her bright sapphire eyes as they groggily fluttered open. Thoughts of confusion flooded her head; the panic rapidly rising as her senses became more aware. Dazedly, she sat up glancing around the room, here breathing becoming heavier and heavier by the second.

Her gaze became more rushed as she tried to place the images she was seeing with a place she knew. She came up empty. Instead she found herself to be in a lonely, dark, cobbled room with a harsh, cold cement floor. There was seemingly no exit or entrance and this frightened her beyond belief. Thoughts begin to form in her mind; who would do this and why would they want to capture her? What enemies have come lurking out of their dark corners of hell for her? Where was she? Would anybody come looking for her? 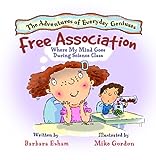 So, looking back at this piece I would reflect free-association has worked out for me in the sense of expanding my creativeness. My question to myself is can this work for the rest of the piece? That is something I will have to continue to explore.