The joy of feeling a song! Ourselves...!

Beat from the heart...

This is a personal story. Since we were young, beat was always around us. For some reason we would move to a beat that was coming our way.

The video shows for itself. Hearing this rocking beat...gave us the freedom to celebrate life.

We start listening to the Catchy tune that take us directly to a dance floor and we cannot hear a thing! From there we unleash our hips to the unending dance. Not that we are bragging, but is a natural expression of ourselves.

Lucky us that came up with the music from those 70's and 80's Just take a peak to our hubs about music. Since we came into this world, our heart was connected to a heavenly beat...tell me about it!

What a happy ending to a song, not talking about another endings that don't end too happy. Music is an expression of the soul and is shared all over the world up and above.

If I had a chance I would put a humongous speaker on the next Space shuttle and pay load it to the next spy satellite, and this way instead of spying our fellow man. We would send them a song with so much fun. Can you imagine the Russians laughing just by hearing Katy Perry instead of a private briefing from the CIA director?

Katy Perry's song has a story of its own. Produced on November of 2010, selected more than 500 hundred young kids from all over the world. The place to meet was Budapest, Hungary; an Eastern Europe legacy from the past. All of them had a story to tell. If you check the video how Fireworks was made, you will catch up with their own lives. Like any other young Americans, they have a dream to make it in this world. There is a touching moment when Katy meets them in this Palace chosen for the clip footage.

We wanted to write songs since we were very young, but ended up writing poetry and writing in here, ready to share a story. Music will be always in our hearts and will keep us going. You might wonder why we are the way we are? Is just Genetics and our way of seeing life.

Our Father was a broadcaster and a Poet. Since kids, we just to wonder why he did that? His answer was, " is a way to stay healthy, mentally and physically, son" And yeah, makes sense, you sweat your worries off, and the stress becomes numbed .

But I wonder how Michael Jackson came out with those moves? I was amazed by his moonwalk for years. Don't get me wrong, I can do my break dance like a Pro. Wow! now my mind takes me back to 1984, when Madonna was Like a Virgin, touched for the very first time??

I can start writing about the 80's music but that will be on a other hub. Music, the greatest sensation that feeds our soul, making sure we walk our walk like that Moonwalk...now, look at us? Writing poetic prose now?

By the way...that was Lord, himself making his move!(top video), creating an effect that might go viral...

How do you feel dancing to a song you forgot about? 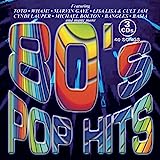