Discover Laurence Shames, the mystery writer with the smiling simile

Shames created Bert the Shirt, but

Bert the Shirt and Don Giovani

Will the real Laurence Shames please stand up

In his Key West series, Shames typically takes a person displaced from "up North", usually Jersey or New York, has him drift into Key West to find a new life. That new life often involves a dead body or two, some really unusual characters and results in a lot of reader smiling and laughing. There are lots of mobsters in Shames books, which speak to his roots as a crime writer. These hoods seem to come from the Dortmunder school of criminal ineptitude. I've seen some book jacket blurbs that liken Shames to Elmore Leonard. Elmore Leonard writes terrific bad guys, with humor, but writes with a harder edge. No, I'd liken Shames to Donald Westlake; author of the Dortmunder series, and many other great mysteries, but I digress.

Shames uses the simile liberally and artfully to bring Key West and his characters to the reader. His words carom through the paragraphs like clever balls in a pinball machine; scoring jackpots of vivid description and bonus smiles of recognition. In ‘Sunburn', an aging Godfather reflects on the differences between two sons: "A father doesn't really teach his sons. His life threw lessons in the air like scraps to gulls and different mouths latched onto different morsels." Very Florida, and very true.

This Shames series is really a bunch of books with overlapping characters and setting, and not a lot of important continuity. Read them in any order. My favorite character is Bert the Shirt, a retired New York mobster, who is known for his stylish shirts. Bert is a source of wisdom for the protagonist, and humor for the reader. Bert is never seen without his dead wife's Chihuahua, Don Giovanni. OK, if you want this to make sense, you've just got to read the book!

Shames is currently best known as the pseudonymous author of "Bad Twin". "Bad Twin" is a novel based on the TV series "Lost". Written as a tie-in the book has gained it's own independent popularity. Apparently the tie in book and the TV series drifted in different directions. Check out the Amazon author credits for the book - "About the Author - Bad Twin is the highly-anticipated new novel by acclaimed mystery writer Gary Troup. Bad Twin was delivered to Hyperion just days before Troup boarded Oceanic Flight 815, which was lost in flight from Sydney, Australia to Los Angeles in September 2004. He remains missing and is presumed dead."

Shames was the unaccredited ghost author of "Boss of Bosses", a NY Times bestseller and a TV show. This is a theme he borrows and uses well for his "Sunburn"' book about an aging Don who looks for a way to explain his life to his very different sons. 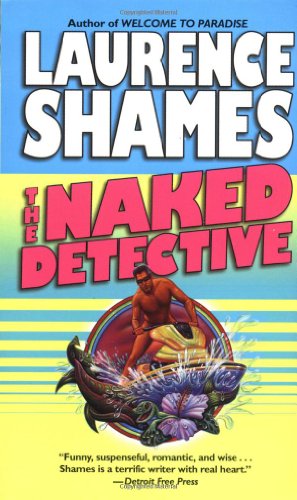 Novel based on the TV series "Lost"

There are many more terrific mystery writers whose names may not be on the NY Time's list, but deserve to be on a mystery reader's list. Discover Mystery Authors is a HubPage with a sneak peek at many more author's that you should check out!

Laurence Shames at a booksigning

Create your own HubPage ...

It's easy to create a HubPage where you can explore a topic, stake a position, share a discovery, or just rant. Everybody's an expert on something!