One way to attract more success in 2013 is to learn about other successful people of African heritage.

We are highly talented, highly skilled, highly gifted and highly successful. Black people are good at everything.

How can we achieve more success in 2013? The more we dwell on success, the more success we attract. One way we can achieve this is to read about successful Black people.

Black Success Stories contains interviews with a range of experts of African heritage in a range of fields including business, politics, healthcare, the media and more. They talk about how they achieved their success.

What Is Your Response to Success?

When you see a successful person, someone who has achieved the things you want to achieve in life, what do you think?

Do you resent the person, and think 'Who does she think she is?

What questions do you ask yourself? How did that person achieve that career, beautiful home, great new car, happy marriage and family?

What were the steps he or she took in order to achieve it? What do you do in order to get this information? Do you ask the person?

Do you think to yourself, that person got a lucky break, he or she obviously has connections, 'I could never do that'.

Well, you are right. If you have that attitude, you will never achieve outstanding success in your career or in your personal life.

How to research Black History

One way to learn about success is to study successful people from the past. In Black Success Stories, I interviewed Len Garrison, founder of the Black Cultural Archives in Brixton. He gave me a list of practical ways to research Black history. Anybody can do it, regardless of your level of education or training. In fact, he had no training in this area when he founded the archives. 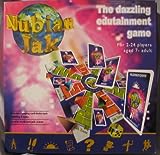 Nubian Jak
Black Success Stories also contains an interview with Nubian Jak, the creator of the Nubian Jak Black history board game. He talks about how he developed the game by working with young people, and about the need for positive role models.
Buy Now

Do You Want to Have a Successful Career?

Do you want to have a successful career?

Are you willing to learn from Black experts?

In Black Success Stories, I interviewed Black experts in the fields of

I asked them how they achieved their successes and they told me. I put the information in the book.

I asked them what obstacles and difficulties they had overcome. And I put that information in the book, too.

Why Do We Need Positive Role Models?

In a world that does not reflect us positively, we need examples of successful Black people - and there are many.

Recently, on my radio show, What U Need to Know, a brother called in and was talking about books where we can learn about how to be successful in business. He talked about Think and Grow Rich and he also mentioned Robert Kiyosaki. I said, it's fine to read those books, but there are plenty of successful Black people who we can learn from. That is what I publish in Black Success Stories and the More Black Success free ebooks.

We have many many successful people we can learn from in our own community, who reflect us culturally.

In The Miseducation of the Negro, Carter G. Woodson argued in 1933 that Black children were being indoctrinated by the education system to view themselves as inferior. Unfortunately, in the 21st century, this is often still the case. In addition, powerful mass media reinforce negative stereotypes.

The results of this stereotyping are devastating. The statistics show that people of African heritage are statistically more likely to suffer from these health problems and challenges than other groups:

Then there are the statistics on relationship breakdown.

- People in the African Diaspora are less likely to get married than people from other groups.

- Our marriages are more likely to break down.

- Our children are more likely to end up in one-parent families.

- Our children go on to repeat the cycle.

Many times, the main role models Black children see are musicians, rappers and other performers, athletes and gangsters. The media perpetuate the image of Black people as drug pushers and other criminals.

On both sides of the Atlantic, Black boys and men are failing to reach their full potential.

Black children are still disproportionately being excluded from school, leaving school without qualifications, and as a result, getting involved with crime and entering the prison system.

Black people's earnings tend to be lower and our businesses are more likely to fail.

Much of this has to be due to the negative stereotypes which affect the ways in which we see ourselves, as well as the ways that others view us. They reinforce the negative images and prejudices of decision-makers, including teachers and others who influence the development of our children.

The REACH Report, an independent report to the government, highlighted the need for more positive role models and positive images of Black people and, in particular, Black men.

Black Success Books - Books to Help You Achieve Your Goals

These books can help you to achieve your goals and realize your dreams. For more Black success books, see: Books for Black Upliftment. 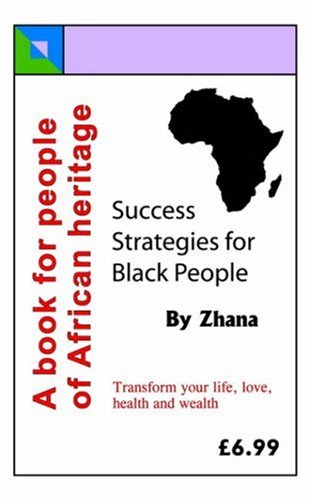 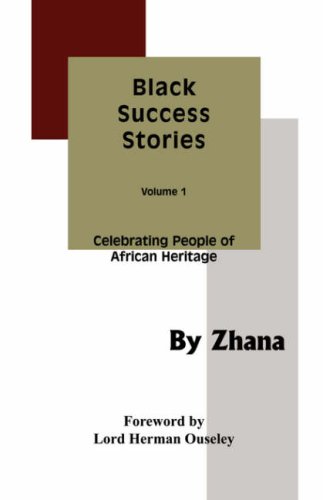 Black Success Stories Volume 1
Highly talented, highly skilled, highly gifted and highly successful. Black people are good at everything. Includes an interview with the late Len Garrison, founder of the Black Cultural Archives in South London, in which he explains how to research your history.
Buy Now

Lessons from the Top

Did you know that John H. Johnson, founder of Ebony magazine and the Johnson publishing empire, studied biographies of Black achievers such as Frederick Douglass and Booker T. Washington? To read more, see Black Wealth.

One way to learn about success is to study successful people from the past. In Black Success Stories, I interviewed Len Garrison, founder of the Black Cultural Archives in Brixton. He gave me a list of practical ways to research Black history. Anybody can do it, regardless of your level of education or training. In fact, he had no training in this area when he founded the archives.

What Can We Learn from Successful Black People?

Living Your Dreams with the Hero Technique

A sense of success is essential to our self-esteem and self-worth.

Successful people are often happy to share with others how they got there. They enjoy helping others to achieve their goals, and if you learn from them and follow their example, you too can achieve your goals.

I have asked people of African heritage who are successful in their fields how they have achieved their success. I interviewed people in business, industry and entrepreneurship as well as the fields of health, education and the media.

I asked them what problems and difficulties they have faced, and how they overcame them.

Several of them have said that, had it not been for the particular circumstances in their lives, they would have ended up as 'bad boys', in trouble with the police, or in the prison system. Or dead.

Learn how they achieved their success. For example, Rene Carayol describes how he became highly successful in the corporate field and gives seven steps to success.

In his foreword, Sir Herman Ouseley wrote: My definition - Success is part of a continuum; being able to maintain your own personal integrity alongside measurable results.

It is all down to perspective, but the view therefore from the African Caribbean community could be different. My work over the last 35 years has been around contributing to developing a socially just world. Where we can all be proud and celebrate our achievements. However. there is the reality of our experience which is not just confined to the UK which is why this book is so poignant.

It is also important as well for us to be reminded that you're not going to get anything out of this world without hard work.

The first-ever African Caribbean woman elected to the House of Commons tells the story of her success.

Diane Abbott MP was the first-ever Black woman to be elected to Parliament. In her interview, she said:

I think we have to understand that people don’t give you power as Black people. You have to take it. We as Black people need to campaign again for Black representation, as we did in the ‘80s.

In the ‘90s, people lost faith in collective solutions. People got very individualistic. So the idea that you can work and campaign collectively to improve things for everybody else is an idea that we may have lost sight of.

Because they are aware of how fortunate they have been, and perhaps out of gratitude to those who went before them, they have chosen to give of their time and talents to those who need them. These people have gone on to become role models themselves, helping, supporting and inspiring those who have come after them.

Now, they have chosen to share the secrets of their success with you.

Articles to Help You Achieve Your Full Potential

These Black Success articles can help you achieve your full potential.

Books for Black Upliftment
These are books for Black people's upliftment, empowerment, motivation and success. We have achieved so much, and we can achieve so much more. We need to re...

Success Strategies for Black People
This book contains practical, effective methods to help you transform your life. You are amazing. You can achieve brilliant, magnificent results. This b...

Kwanzaa – Celebrating Traditional African Values
Videos explaining Kwanzaa and much more. Kwanzaa is observed by people of African heritage all over the world from December 26 through January 1. This is an...

Allowing Success
Are you guilty of downplaying your achievements? How can African American people achieve our goals? The more we dwell on our successes,the more successful w...