Don't censor Huckleberry Finn- a view of Huck should it be censored?

Starting out the year of 2011 the latest attempt to tamper with a classic American literary work is to change the wording. A new addition intends to change the The N-word to "slave."

This, in my opinion is worse than banning the book. Words do make a difference. Slave would not fit the context in many cases. It would be better if the publisher put in a forward explaing the context of the meaning and the usage of the day.

In the classroom that should be the job of the teacher to explain to the students about the context of the times and how the word is used in the text.

I have included in the hub a link to a Christian Science Monitor article on the subject. 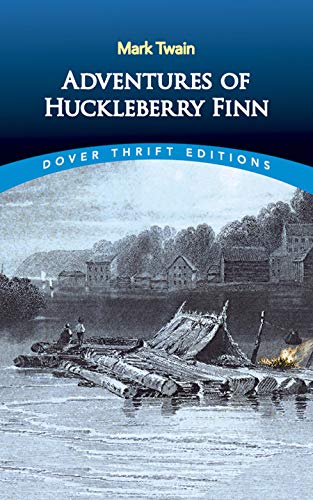 I don’t understand or like the trend toward censorship in recent years, often by the very people who preach against it. The primary example I think of is the book “Huckleberry Finn” by Mark Twain. Furthermore it disturbs me.

Twain’s book is certainly a classic and considered so beyond just American literature. According to the writer Earnest Hemingway, Huckleberry Finn was the beginning of American literature. I first noticed the calls for censoring the book several years ago when I read newspaper articles about some mother who objected to the “n” word being in it. No indication that she had either read or understood the book. Never mind that the theme of the book was anti-slavery word has to be looked at in context. Did it have the same meaning then that it does now? Probably not.

It puts me in mind of a SF story I read in which the hero goes back in time and has a conversation with Mark Twain. He mentions something about black people and Mark Twain gets upset and angry and scolds the hero for using such a derogatory word.

I found it really weird when this controversy came up that educators felt they had to have national seminars about how to “teach” the novel. I am not a teacher but I had considered the possibility of becoming one. I fully expected that if I did, by the time I studied literature and teaching methods and practice teaching I would know how to present a classic book to students.  However, I did later work with a woman whom has a degree in English and who me she had not read Mark Twain. I was amazed.

Possibly they may be introducing Huckleberry Finn at the wrong level. I didn’t study it until college, although I had occasion to write three term papers on it for different classes–English, History and American studies humanities course. Although Twain started writing it as a boy’s book like Tom Sawyer it turned out to be a more serious and mature book than he had started out with. To understand all that is going on in either book it would be helpful to have at least had courses in American History. I t should also be remembered that Huck is a young uneducated boy. A boy who is an outcast of the community, the son of the town drunk who runs away from an abusive father. He meets up with and teams with Jim, a runaway slave.  Together they take a raft down the river to escape to freedom in the North.

It is something of an existential trip, in that Huck is faced with choices and responsibility for those choices. “Heavy” as my son would have said at that age. Gradually Huck comes to realize that by befriending a runaway slave he is going against the law and society in general. This leads to a crisis of conscience. His conscience tells him that he is doing evil. I wrestled with this concept in one paper I wrote and failed to express it adequately. From the standpoint of my own religion Huck conscience was not properly formed. His ideas came from bad information Later, what I see has his “right conscience” tells him that saving Jim is the right thing to do, although he has much confusion. Don’t forget he is only about fourteen years old and not very sophisticated even for that age. This was the point where he becomes a hero.

Critics have complained that Twain is using a “Minstrel show” stereotype with Jim. Twain noted that “The odd superstitions touched upon were all prevalent among children and slaves in the West at the period of the story, that is to say, thirty or forty years ago.”  In other words, his own childhood. He was not operating from stereotypes, his characters were based on people he knew.
In the introduction to the Wordsworth Classics Tom Sawyer and Huckleberry Finn the editor says “In Huckleberry Finn, especially, Twain makes clear his revulsion from the institution of slavery . . . ” More than anything the book portrays Jim as a dignified person. And the two characters get to understand each other after some bumpy experiences.

The book should be read for a deeper understanding of what race relation were like on a personal level.

How do you feel about banning or changing Huckleberry Finn