Short stories to read online, a story in less than a hundred words.

Something to read quickly.

Stories told in less than a hundred words - mini stories

Five very short stories to read on-line, each one is under a hundred words, this is sometimes known as 'flash fiction' because it is a 'speed read'.

Very short stories are fun to read when you are short of time, they are useful for a coffee break time read as you can start and finish reading them in one sitting. A story of less than a hundred words is a challenge to write which makes it more interesting for the reader and the author. If these very short stories were on sale I could say -' you are getting five stories in the time it takes to read a short story' or maybe in even less time than that.

Is writing and reading stories of less than a hundred words worthwhile?

You can judge for yourself if you have a few minutes to spare to read one of the five stories here.

I believe that for the reader, such a really 'short' story is especially good news if they are looking for something to read quickly. When a less than a hundred words story works well, it is fun to read as the speed at which the information is relayed means there is no time wasted by story teller or reader.

For the writer it is a good exercise to be able to convey a story in so few words. Having less than a hundred words to tell a story helps to focus the mind on the importance of every word that is used. The discipline involved in writing a story in this way is worth taking the time to practice.

I hope you enjoy the following five very short stories of less than one hundred words.

The Teapot and the Tea Caddy.

After days of sorting and lets be honest arguing the two sisters had divided up the contents of the family home. The for sale board had been hammered into the garden,a bit too close to mother's favourite rose bush.

Now the final argument was who would have the teapot. The teapot was a pretty china one, the tea caddy was not pretty,they both wanted the teapot. Jenny let Julie have it, leaving without a goodbye hug. The teapot got broken on the journey home. Jenny discovered the caddy had a nice legacy hidden in a secret drawer.

Love can be lost easily in times of trouble.

Jack posted the letter that had taken him hours to write. He ran for the train, just catching it as it pulled out of the station. He watched the familiar landscape recede into the distance. The decision was hers now, he pictured her reading his words.

No, reply, everyone else had mail except him. He never forgot her, her photo hidden in his wallet for the next fifty years.

The ring of the doorbell, the charity worker smiled at him as he did so. It was the smile he had looked at every day for the past fifty years.

Ann and Viv were rivals since their first day at school; wanting to sit on the same chair had started it. All through their school years and at college they vied to be number one in academic work and sports. Eventually,being competitive was less fun and they were almost like the best of friends. Except twice a year, at the Christmas fair and summer fete they battled it out to win the prize for the best cake. Often, when the results were announced they would say the prize goes jointly to the Jones twins Ann and VIv.

Sometimes a gift is not what it seems.

The first time she saw the gloves was as she unwrapped the tissue paper enveloping them. Eagerly she pulled the glove onto her right hand and smoothed her fingertips over the grey leather, they fitted perfectly. Tentatively six pearl buttons were fastened. As she admired the gloves she noticed how the ring spoilt the appearance of the gloves. Five minutes later the ring lay on the table at her side, the glove was back on her hand. It was then she noticed the note that had fallen to the floor, a goodbye letter, the gloves were a parting gift.

A lighthearted look at the life of a church mouse.

One day Thomas the smallest of mice thought it must be his birthday, he had to look twice. There on the table, outside his door were stacked pumpkins,apples, vegetables galore. Climbing onto the table he began to feast. As the choir started singing someone spotted 'the beast'. Church emptied quickly, then the vicar swore as Thomas darted out of the door..

Link to another less than 100 word story to read on line for free.

Did you like one really short story more than the others here?

Which of the five stories did you like best

Do you think that really short stories are a good idea?

Do you think such short stories are worth reading?

A book by Niall Williams - Four Letters of Love

Four Letters of Love
This book is a novel, not short stories, just as well for as the tale is told you will not want it to come to an end. Follow the links for this book to see inside it or to read the reader's reviews on it.
Buy Now

a book of short stories by Edith Pargeter 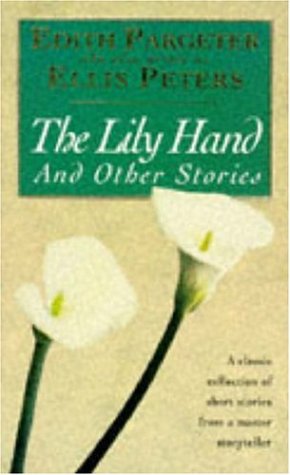 The Lily Hand and Other Stories
A book of short stories by Edith Pargeter who also writes as Ellis Peters. Each short story in this book deserves its place there which makes it difficult to pick a favourite short story from this. An ideal book to read when travelling.
Buy Now