Created by Sir Billybuc in Chapter One, A Hoop wearing transvestite and caribou wrangler Bobbi Joe meets gopher beater extraordinaire and the owner of an extraordinary wart on her chin Missy Sue at the small town of Akiachak . Bobbi Joe was in town as a hired hand at a caribou ranch. Missy Sue was here to learn musk ox cooking skills from the Inuit Chef She-Of Little-Brain. Destiny, as ever makes them run into each other. Literally.

This town is situated ( according to our resident cartographer extraordinaire and writer of Chapter Two, the delectable Susan Sarandon lookalike Terrye Toombs ) at the arsecrack of Yukon-Kuskokwim delta in Alaska.

We could all sing "Just a small town girl, livin' in a lonely world, took a midnite train goin' anywhere" if only we knew who the girl was!

I am sure you are now well acquainted with the story line and if you aren't, well, click and visit those previous chapters before I start this tale. Go, on , stop standing there like a hallucinating husky cuz I ain't standing here playing narrator while you dawdle. That's the way the story goes...

"Hello darkness my old friend" sang Bobbi Joe as s/he trimmed the hair on his/er legs. The skirt stapling had left several scars on the skin that s/he wore proud. However, tonight was a special night a trimming the foliage was called for due to the special guest.

Bobbi Joe remembered the square jaws, the extraordinary wart, the muscular shoulders and the strong arms of Missy Sue and the way she gutted the Musk Ox. For a moment s/he stood there, eyes staring at middle distance, razor poised in her hand with a half shaven leg looking like a freshly mowed lawn. Soon s/he came to the senses and finished the business before moving into the kitchen. There was fresh salmon wrapped in oil paper and ready to be filleted. There was sweet corn on the boil. There was Pinot Grigio chilling in the tin bath. (Sssh, The sale and consumption of alcohol is illegal in Akiachak). 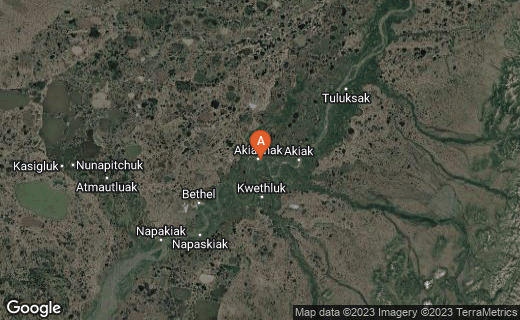 Bobbi Joe couldn't believe that Missy Sue had accepted the invitation earlier when s/he met her at Chef Inuit's kitchen, knife in hand, bloody Musk Ox entrails on the board. "It's just .. I wondered " h/she had stuttered, "would you like to have a ...?"

Missy Sue smiled broadly and burped. That heartburn thing was back again. "Excuse me. Are you asking me out ?"

"Well not quite out. The nearest proper restaurant is 368.01 miles away. I checked on Yellow Pages. It doesn't look like Chef Brain will be cooking anytime soon. So how about coming to my place tonight. I'm making Salmon."

Miss Sue touched her wart and caressed it in contemplation. Bobbi Joe shivered. There was something about that wart thingy that made that face interesting.

Bobbi Joe shushed her. "Please. All will be revealed. I mean .. er.. I don't mean that way. I mean the facts. Anyway see you at mine. 6:00pm. Sharp. S/he turned away( hoop skirt not flappin as it was stapled to her legs, remember) and ran out rather fast.

Warts love got to do with it?

“So about the Musk Ox stew” said Missy Sue trying to get the Chef back on target. The latter had the habit of wandering off into strange lines of thought that had no clear bearing to the current conversation. “Could I have your recipe please?”

The Chef had her eye closed and her face was mapped with a thousand rivers and their tributaries. When she opened her eyes, they glinted with mischief.

“Missy Sue, do you know our language has ancient roots?”

“What language would that be?”

The Chef sighed and lit a cheroot. She squinted one eye the way Clint Eastwood does and blew a trail of bluegray smoke. “There’s a storm coming”

Cheffing in the morning sun

“It’s a clear day outside.” Miss Sue desperately wanted to get on with her cooking lesson, have a shower and pop over to Bobbi Joe's. The Musk ox was skinned, gutted and diced. Missy Sue’s shoulders ached from all the knife work. But she was good at it.

“Your presence here in our small town is no coincidence. There will be a meeting of hearts, a meeting of strangers. There will be danger” The Chef murmured as she stared into the smoke as if looking for images. Her expression changed as if she didn’t like what she saw.

"Yeah. Yeah. C'mon Chef " said Missy Sue half listening to the meandering murmurs, " I 'm here to learn but I ain't learning much " Her wart quivered with indignation.

The Chef suddenly reached forward, touched the wart and uttered a long ululating sound and said "Itakeibhorbreekeorge" with her eyes still closed.

Missy Sue was tired. She stood up and threw her apron onto the hook on the wall. "I'm off. I'll see you tomorrow Chef. The musk ox can wait. "

Missy Sue didn't have time for this.

Then she walked out and looked up at the sky. A low drone could be heard in the horizon as the a tiny dot of a plane appeared.

Hit me Baby one more crime

Ramuk looked sideways at the pilot as the ancient Cessna droned and groaned over Akiachak. The Pilot, an enormous taqukaq of a man, looked half asleep. And he smelled worse than a skunk in heat.

"How long before we land?"

The Pilot had very little movement apart from clenching and re clenching his jaw at regular intervals. There was a long pause." Ten minutes. We have to land in Bethel. That's the nearest air strip to Akiachak."

Ramuk scratched his three day old beard. He hadn't shaved since he set off from HQ. A red eye to Anchorage. Then this godforsaken plane that looked ready to come apart like a child's toy in mid sky. He looked out and saw the 'U' bend of the river and the scattered houses that formed the town. somewhere down there is the one he wanted.

"So what, " The pilot twisted the controls as the Cessna took a sharp turn that made Ramuk's stomach curl up into a little ping pong ball and do a somersault that would have been awarded a full ten points at the Olympics."are you doing here?"

Ramuk patted his backpack as if to reassure himself.

The Cessna arched around and headed towards Bethel.