Tackle it with ease 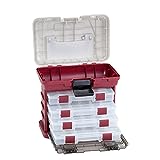 A another scenic day out...

All you need to know

It's a glorious Sunday morning. The sun is just starting to peep over the mountains. A clear blue sky promises a beautiful day and the sea is sparkling like a rich jewel. I stand on my balcony savoring the beauty before me.

''Yo! wanna go fishing?'' yelled a voice below; a voice I recognize and one I do not want to respond to. ''I know you're up there. I seen ya when I was walking up the road!'' I peered over the balcony to see Johnny my friend standing on the lawn below.

''Yes, I know you said that already. What do you want?'' I scowled. You may be thinking I'm not a very nice friend, but you'd be wrong. The last time I ventured out with Johnny, I almost got murdered by a goat herder and ruined my best pair of sandals. Precisely in that order and that's the moderate version.

''Like I said, wanna go fishing? I got a good deal on a boat, all ready to go!'' Johnny replied holding out his arms.

I did a quick synopsis. I love the sea, fishing and boats. At that precise moment I hated Johnny. ''Got any beer,'' I called.

It's the fourth of July. World wide boat owners and chartered boats head for the sea for one of the biggest competitions of the year. The world Blue Marlin fourth of July fishing competition.

Twenty minutes later the two us, Johnny and I walked down the road towards the beach.

''Hey, I'm really surprised you've entered in this competition, you know cause it's really expensive.'' I said, at the same time thinking of the four hundred thousand pound prize money we could win. Johnny's good like that he'd share. God just think of all the shoes I could buy. I'd even be able to stock up my wine rack and pay to get that damn goat taken off my lawn. I was blissfully imagining a weekend in a spa resort when my dreams were shattered by the voice I knew I should have ignored the very first time I ever heard it.

''What competition? I didn't enter anything.'' Johnny said with a shrug.

''Hello, it's the fourth of July! Holy God if I catch the biggest marlin, I don't get the prize money! Johnny you're an idiot.'' I responded with a grump.

''Don't worry about it, we'll never catch anything big.'' he laughed.

I was just about to defend my fishing skills when I saw the boat.

''Crikey, she looks beautiful.'' I chirped as I looked at the beautiful 1250 meter Rodman. A superb deep sea fishing boat moored on the point.

''See, told you it was gonna be good.'' Johnny replied with a flash of white teeth. The competition was a fading thought. Anyway the entry fee was extortionate. As we got closer to the point, my beautiful boat started it's motors and began to pull out.

''What for?'' he said. I stopped in my tracks. My beautiful Rodman headed out to sea, exposing a very pink, very small rowing boat bobbing like a toy duck on the other side.

''Bloody hell! my foot spa is bigger than this piece of shit. Honestly Johnny you can't be serious.'' I cried holding on for dear life to the railing as I stepped into the boat. ''Are you sure this thing can hold both our weight?'' I grimaced.

''Yeah, yeah, no problem there,'' he answered swaying back and forward with a stupid grin on his face. Famous bloody last words.

Sunday afternoon and I'm in the middle of the Atlantic in a boat smaller than my bathtub with Johnny of all people. However, I've got a fishing rod, a beer and the sun is shining, plus I've told Johnny to shut the hell up or he'll scare the fish. I've seen a pod of dolphins feeding, a turtle swim by. In fact, if you don't count the seagull shit and the fact our boat is little better than a rubber dingy, it's been, not luxury, but not bad. I was thinking too soon yet again where Johnny's concerned.

''What's that noise?'' I said looking around.

''Oh! crap I think the boat's sinking.'' Shouts Johnny reaching for another beer with the speed of light. ''Well! I'm not wasting it,'' he said in response to the serious look I gave him.

''Shit you're right.'' I retorted and grabbed two.

It has to be said, the chances of us going to Davy Jones Locker with all those boats surrounding us was always going to be unlikely. I mean we may have been small fry, but we stood out that's for sure.

Lets just say when we were both finally rescued by a very nice boat, we'd ran out of beer. I doubt there'll be an invite for a repeat performance arriving any time soon, seeing as we both threw up within seconds of stepping aboard. I was so relieved they hadn't got a gangplank. You didn't see the Captains face. It was pinker than our sunken boat.

Oh! by the way, I did actually catch a fish, but it reminded me so much of my goldfish I threw it back. Pity the same can't be said for Johnny.