Is Writing Dangerous to the Writer's Mental Health? 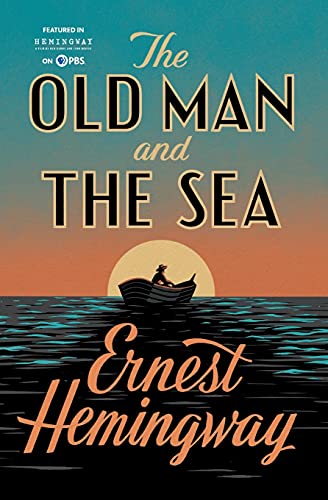 The Old Man and The Sea, Book Cover May Vary
Buy Now

I was recently reading a book by one of my favorite authors, C.S. Lewis, who died more than forty years ago. While reading his book A Grief Observed, and then it struck me, as how passionate this man was, and yet, how deep his despair when it set in, almost as if there was a mental illness. He was so concerned with the rawness that he originally decided to write it under a pen name. He publicly confirmed he wrote it a while later.

I can understand that type of despair, and after a while I began to think about how many writers can write about such negative emotions so well that it can take it toll on their mental health. when writing something powerful, as many writers do, this can drain them, becoming a writer is not easy. I thought about some of my other favorite authors, and began to notice a pattern. In fact you can find it on wikipedia if you begin with a few famous writers who have published anything in the last century.

Ernest Hemingway, James Hatfield, Virginia Woolf, Sylvia Plath, and more recently David Foster Wallace, The list goes on, and then I wanted to search, and found something extraordinary, there was an even darker pattern: Death. I dug deeper, finding more information, and one bit that didn't seem so surprising. The list of writers who have committed suicide seemed endless, and these are more famous people. In fact this list contains more that 400 names. That is the shocking aspect to it.

For some writers such as Lewis and Huxley, they died in their sixties, at relatively young ages, although neither committed suicide. Perhaps because they didn't focus on health but still, especially for Lewis, the loss of his wife must have put incredible strain on his mental health.

This drove me to question if writing is dangerous to mental health or it is simply the catalyst that makes the writer have mental health problems?

I can see it within my won writing, the low points within my story I need to be in a "certain mood." The characters can take on their own life, and should my mood persist it can damage my own mood for the rest of the day. No, I don't have mental health problems that I know of, but I have come close to grief.

What of those who had mental health problems? How did they cope?

In one sense by writing. Writing and writing some more. Pouring their passion into writing. or drinking or drugs the darker side of writing. Some would fall prey to this darker side and with their health being fragile, there was no happily ever after. 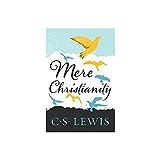 Once Upon A Time

There were a lost generation, and from this lost generation came some of the finest writing of the Twentieth century. Yet in a cruel twist of fate, many of these writers had problems. They were passionate and could write with such power that no matter what was said, people read it. Some were killed durng the Great War, (World War I from 1914-1918) and the ones who were left often came back broken. ( See C.S. Lewis and Hemingway for their experiences in the war-- they both worte of them)

Yet for some, due to health problems and mental problems, they ended their lives, and cut short many a promising career. One could argue because of this writing is dangerous to mental health. The likelihood that people who write pour their emotions into their writing will be drained and stressed out is possible.

Sylvia Plath is also famous, and yet, these days I recall her precisely for the wrong reasons, her death, and the suicide of her son. I can't recall reading too much of her writing, and it always struck me as melancholy. At the same time when reading her work and others, I can sense the pain and mental anguish behind it.

There are to many what ifs, but I believe that writing, depending on its content can be both a help and a danger to mental health. It truly depends upon the writer and what they are writing about.

Does it Have an Effect?

There is another side to this debate, and that is that while many writers do (or did) have mental illness, they did not commit suicide.  Rather they took their work and used it as a means to heal.  In this aspect then, writing had a positive effect, and was not dangerous to mental health.

C.S. :Lewis, for example died due to illness, but wrote one his most memorable books due to the death of his wife.  In this case he use the creative thing which was writing to help him deal with his pain.

In terms of a physiological aspect, of this I am uncertain, I believe that most people, when faced with some sort of mental illness, can and should use writing or other creative means as a form of therapy, however, this should not be the end all of therapy, and the key to writing is to release.  Done properly and with care, writing should have no effect on mental health.