I've Been Thinking.... About Writing

The Classic Writer's Repose.... A Pelican on a Post in Mazatlan 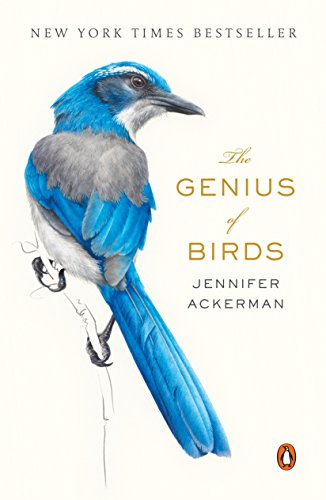 The Genius of Birds
Buy Now

Writing is consuming more of my thoughts and more of my time as I sit here in the marina prepping the boat, and readying myself for a journey out into the Sea of Cortez.

One good thing about being unemployed, I think, is that you have a lot of time to think, maybe not always rationally, but at least you’re thinking. And with all that thinking time now I have been able to do the writing that I always wanted to do, but never had the time when I was too busy to think, working so hard on that career, which now has become so elusive and impossible. And, so I think I'll give it up and just focus on my writing. It's much more fulfilling.

I have been writing on a wide spectrum of topics and styles, and trying to stretch my thinking, including some op-ed articles and letters that I have submitted to a number of publications, and I have been published in a couple of sailing magazines, and also submitted several trade articles to various business journals that I hope will be published soon, and of course my poems (too much thinking probably!), and other essays, some of which are published now on my website at HubPages.com, and soon some short stories, and my sailing journal and photos, and I’m still working on a book (actually two books), all of which takes a lot of thinking, and a lot of writing.

I just recently updated an op-ed article I wrote several months ago titled “Dear Candidate - Politics as Usual?” that expresses some of my thoughts (thinking again!) on our democracy, and the political process, and political results (or lack of) in our country, in the context of a friend’s recent announcement that he is running for Congress. What in the world is he thinking?

And I wrote another piece, also several months ago, titled “Thinking Outside the Healthcare Box”, which I thought made a lot of sense so I sent it to Senator Feinstein, who agreed with most of my points (I’m not sure what I think about that!), and was nice enough to write me back and give me some of her thoughts (I guess she was thinking too). She didn’t think much of my suggestion that all of our so-called representatives and public employees should be covered under the same “National Healthcare Plan” being proposed. She told me that she thought (?) that most people were happy with their current health coverage and so she didn’t think that was a good idea. I thought that’s what she’d say. President Obama didn’t respond to my letter, and I didn’t think he would.

I was thinking about my extended unemployment also, and so I wrote another article on “Hiring: HIP Employees Are Now ‘On Sale’”, thinking (again) about the opportunity that employers have now to hire top quality employees from the current ranks of the unemployed “over qualified”, and how they can improve their customer service and probably their bottom line profits in the process, and wondering why they aren’t. I’ve been on the other side of that process for most of my life so I think I know what they’re thinking, but maybe not; I’m still unemployed!

I also wrote an op-ed article that got published in a sailing magazine a couple of months ago, and then again in a local boating magazine, that I titled “Privatizing State Parks & Recreation”, which I thought was a good idea since I couldn’t think what the #@&^%! our so-called public servants were thinking (or not) recently when they proposed closing state parks and recreation areas in order to save money. The City of Stockton just spent $22 million on a new marina that will operate at a $700,000 annual deficit, but the City Council made up for it by cutting services and laying-off City employees. What do you think they were thinking? I think it would be a good idea if they were unemployed, and given some time to think.

I just recently signed a Contributor’s Agreement with Sea Magazine so maybe someone will finally pay me for thinking, and writing. I’m waiting for my first story assignment. It probably won’t require much thinking. In the meantime I think I will go sailing……and think some more. At least I’m not just sitting around watching Oprah.