Most of us Creative Types are Fragile

Lets face it, writers are fragile. Even if novelists or short story writers lived in a vacuum it still wouldn't be easy. There will always be the critic inside of us.

For some writers there's a whole army of critics living inside their heads lying and sabotaging their creative efforts.

Listening to critics creates a fear that can immobilize us. And if we can't face this fear and get to the keyboard on a regular basis, we won't become the successful writer that we want to be.

It's impossible to clean up the mess in our heads, but it is possible to manage it and reduce our negative interactions with friends, family and acquaintances who are not supportive. While some of our relationships with people are worth holding onto, many aren't and, in fact, are counterproductive to our journey as a writer.

Fear is the Enemy of Writers

Listening to the critics creates a fear that immobilizes us. And if we can't get to the keyboard, we won't become a successful writer.

The Liars, Purveyors of Dishonesty

The Liar is a type of energy zapper who doesn't know how to tell the truth. He is so used to fabricating that he doesn't know any different. He distorts reality, hides his emotions, covers up his true thoughts and comes off plastic and phony.

Liars distract you from what is real and true. Truth in writing is vital and when you lack truth and honesty in your stories, your content is weak and impotent. It won't resonate with the reader and will be perceived as disingenuous.

The problem I encounter when challenging a Liar's veracity is that it gets tiring. You'd think that a Liar would get the message but he's been doing it for so long that he doesn't know the difference between fact and fiction.

When I let go of a connection with a Liar, I open up space for more truthful friendships and interactions.

Have I a Story to Tell You!

The Write-My-Story zappers may be perfectly kind and lovable but they can destroy your creativity in a dime.

Their focus is on themselves and what they experienced. They believe that their story is worthier than yours.

They sneak behind you and whisper: "You should write a screenplay of my story. That's where the money is."

Or they recount their trials and tribulations ad nauseam. They look at you with their sad eyes and say, "If only someone would write my story. It would be a best seller."

Successful fiction writers are not hacks. They can't write other people's experiences or stories. They have to be loyal to their own experience and vision and stay away from stories that they haven't lived.

Everybody believes that they have a story to tell. While they may have a really good one they should either write it themselves or find a hack to do it.

"But I want you to write it," she insists.

"Then your story will go unwritten," I sadly say with a tear in my eye.

They tell you how interesting their lives are, look at you with their sad eyes and say, "If only someone would write my story. It would be a best seller!"

Beware of the Sadist in Disguise!

The Sadist: Those that Want to See You Fail

Everybody knows a Sadist. They walk around with a cloud of negative energy. They'll put a knife in your back when you're not looking and act like they're your best friend. They claim they are just looking out for your best interest but they enjoy making you suffer.

"You know you should get a real job," the Sadist might say.

"You're not a writer. You don't have the talent. Now Steven King, there's a real writer."

"I used to think that I could write the Great American Novel, then reality set in. I had to look myself in the mirror and say that I didn't have what it takes. Becoming a successful writer was just a pipe dream."

Thanks for the encouragement, friend.

The Sadist energy zapper is an ugly, rotten scoundrel who wants to destroy your literary dreams and ambitions while licking the meat off your carcass. Don't let this person near you. If they are already in your head or heart--get a good exorcist, quick!

Is an ugly, rotten scoundrel who destroys your literary dreams and ambitions while licking the meat off of your carcass.

The Saboteurs are very envious energy zappers. They despise other writers who have become more successful than them.

I used to have a writer friend who would congratulate me on stories and articles I'd publish, but his complements always left me with a bad feeling.

"It was very good, but sophomoric."

"That was a nice try on a very difficult topic."

"At least you got published somewhere. Did you see that really good piece in the New Yorker?"

Or he'll read your novel and mention one random thing that he liked that wasn't even in the book.

The Saboteurs are jealous of your commitment and passion. They are envious that you are able to find the time to write while they struggle to squeeze in a couple minutes.

Be careful. They are shrewd and sophisticated. If you sense that their praise is not genuine, trust your intuition. They are secretly cheerleading for the other team; the team that wants you to fail.

Piece of advice. Don't talk to the Saboteurs about your writing. Change the subject when the topic comes up. Talk about their garden or the new awning they put up.

The most difficult voice is the one in your head. It might be the voice of your critical parents or one of the creative energy zappers that I just mentioned. The voice might say:

One, be aware of the Me Zapper. Acknowledge the negative voice in your head.

Two, don't accept what the Me Zapper says. It's not true.

Four, strengthen the affirmations by going to the keyboard every day and working on your craft. This will also weaken the creative energy zappers.

People who are Your Creative Energy Enhancers 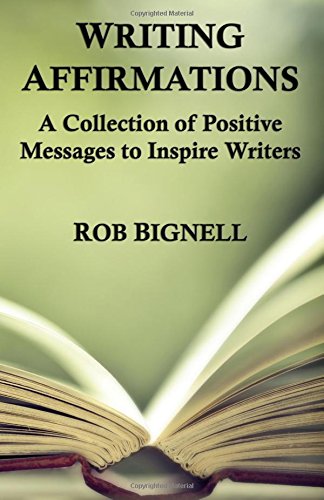 Most difficult thing to deal with as a writer?