A Life Worth Living, a Short Story

John has many years of writing experience in poetry, short fiction and text for children's books. Basically, he just loves to write.

This was to be my first attempt at a 'flash fiction'. I wasn't sure of the maximum word limit allowed but Wikipedia says it is generally up to 1000 words so unfortunately this just exceeds that limit.

That being the case I'll just call this a short story. I know the criteria for flash fiction is to use as few words as possible to tell the story. I could have edited this tale and shortened it to fit the criteria but decided against it. I'll have another attempt at flash fiction later. Thanks for reading this story, in advance.

A Life Worth Living

Dashing out of the phone booth he almost knocked me for a six. Mumbling our apologies, we seemed to simultaneously realise that the other was familiar, and like opponents in a race, we competed to be the first to remember the other's name.

Snap! he clicked his fingers. Of course, he remembered mine first. "David...David Henson, isn't it?"

Counting back, Andrew concluded that it had been in fact 16 years since we had last seen each other at our High School Graduation. He said he was just passing through but had to stop to make a phone call when his cell phone battery had died.

Andrew was tall and good looking. He was well groomed and wore an obviously expensive suit. A bit much for the casual dress our quaint little town was used to. Our conversation continued though he did most of the talking. "David, mate, how've you been? As steady and reliable as ever? I guess you never left town. Personally, I couldn't wait to get out."

Before I could even tell Andrew what I'd done with my life, my job, mention my wife and kids, he was talking again. "This place hasn't changed a bit. Same old main street, same old stores, same old houses. Let's get a bite to eat somewhere. I've got a couple of hours to kill, and we can catch up on old times." Then without waiting for an answer, he pointed to his shiny new car, "How do you like the SAAB? Jump in and point the way."

I directed him towards the golf club. it was the classiest place in town, and I thought he'd be more comfortable in that atmosphere. We sat by a large lead light window and I pointed out a number of people we'd gone to school with, though no one seemed to hold his attention. He was too self-absorbed. He made sure our glasses were charged and tapped his fingers nervously on the table as we waited for our meal. Dazzling me with tales of his exciting city life, "You should have moved to Brisbane too Dave. You can't imagine what you're missing. It is so much more alive and there's always something happening. this place is dead and buried." Andrew droned on.

I was offended by the things he said about my hometown, our home town ..he grew up here too..but I remained silent and was, I admit, jealous of him. Though when he nonchalantly mentioned his two failed marriages and the variety of jobs he'd had I was starting to feel more content with my small town life and had trouble suppressing a faint smile.

Then Andrew started bombarding me again with more stories of the high life, and overseas travel to exotic locations. I couldn't help remembering how successful he was at school, dux of the class for every year I could remember, and sports star and captain. I was envious of all his trophies and awards, but also felt cheated, because Andrew West had never shown any respect for rules or fair play.

I was becoming agitated with the one sided conversation and couldn't wait for the lunch to be over. He compared the food we were served to what he was accustomed to eating in 'fine' city restaurants. The steak was too tough, the sauce too spicy, the vegetables overcooked. "Nice place Dave, but it's just not up to city standards. Though it's the best you can expect in a backward town like this."

"Come on, it's not that bad Andrew....," I began, but my protest was cut off as he hailed the waiter and ordered another Jack Daniels.

"Do you remember Mary Martin," he asked suddenly, "the girl who used to work at the bakery after school? She was a looker. I always wondered what became of her." Mary had good looks and a happy personality that made her popular with everyone, but she always declined any request to date her. Andrew had tried numerous times.

This seemed like my chance to contribute to the conversation, "She left the bakery, went to college, finally got married.......". Andrew had lost interest at that point, but went on how he'd captivated the young shop assistant. Finally the lunch was over, and Andrew said he had to hurry back to Brisbane. He dropped me back in town and we expressed hopes of meeting again. "Don't be a stranger," he said, "If you ever decide on moving to the city, hit me up. I can even set you up with some work." I just nodded and wished him well.

That evening, as my wife and I shared the sofa watching the local news on tv, I mentioned my meeting and having lunch with an old school buddy. "That's nice Sweety," she said smiling, "was it anyone I knew?" As I began to say his name I was interrupted by the newsreader....

"Today all eyes were on the small town of Linville, as drug squad detectives succeeded in busting an International drug ring. It ended this afternoon when police apprehended the head of the local syndicate at a road block just outside the town. The man, they say, lived in the town some years ago." On screen, detectives were shown handcuffing the man and placing him in the police car.

"Isn't that...Andrew....Andrew West?' asked my wife, a surprised look on her face.

"Yes, I think it is," I replied even more shocked. I didn't mention that he was the friend I shared lunch with earlier.

I turned from the screen, looking at my special people as they sat around the tv. My daughter Erin, pretty, quiet, and graceful. My son John, only a head shorter than me now and growing quickly. My beautiful wife of 13 years beside me. Each one, responsible, caring, and thoughtful. How lucky I felt to have them all in my life.

And how grateful I felt that Mary, my first true love, left the bakery and finally agreed to marry me. Comparing myself to Andrew West there was no doubt which one of us was the richer. I had everything I desired. He had what he deserved. 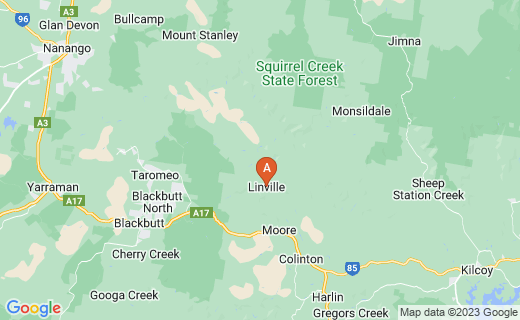