Lighting Out For The Territory by Roy Morris, Jr., a book review

This interesting book is subtitled “How Sam Clemens Headed West and Became Mark Twain.”  Morris is the author of five books on the Civil War and post-Civil War era. The title is based on the ending of Huckleberry Finn.

This biography concentrates on Twain’s youthful years, containing details of his life from the time of the Civil War through the time he spent in the Hawaiian Islands,

He tells the story showing the historical facts of Twain’s travels and intertwines Twain’s writings and shows how the experiences are reflected in the books and stories the famous writer published. In the process he rid me of a number of misconceptions.

Twain became a riverboat pilot, which was a prestigious thing like railroad engineers later, and airplane pilots now. It had its dangers and boiler explosions were one of them.

His brother Henry was killed in a steamboat tragedy  “To his everlasting regret, Sam brought his eighteen year old brother into the life as a mud clerk...” While they worked together on the Pennsylvania Sam got in an argument with another pilot and was put off the boat. Later seventy miles below Memphis the boiler exploded and killed 120 passengers and crew. Henry Clemens died from inhaling live steam while working to rescue others.

According to Morris the “date of Henry’s death, June 21, is used in “The Connecticut Yankee in King Arthur’s Court” as the day the anti hero, Hank Morgan is scheduled to die.

Twain wrote a story entitled “A Campaign that Failed.” It was somewhat about his short foray as a Confederate soldier. This biography tells also about the fact that both sides wanted to draft riverboat pilots to pilot boats for them. Since it took them years to learn the rivers that they were used to it appeared to be an unreasonable demand. It was a good time to head west with his older brother Orion. We learn that Orion was a well meaning but largely incompetent at all of his enterprises starting with his newspaper in Hannibal, Missouri.

Francis Brett Harte was close to Marks age and came west from Albany, NY. They met in 1864 while Twin was working at the Call. The two men shared a love of writing.  “Personally and professionally, Twain and Hart would always have a complicated relationship.”

I had been under the impression that the story “The Celebrated Jumping Frog of Calaveras County” was sent by impulse to a frontier newspaper and it got published. In fact he had been working on various papers and engaging in humor, pranks and hoaxes.

I also knew Twain was acquainted with Artemus Ward who told stories somewhat in the vain of his own. What I didn’t know was that had he an influence on Twain’s life. Ward played a country bumpkin on stage with stumbles, stutters and pauses, delivering funny lines as if he never knew he said anything funny. It was a technique Mark Twain adopted to his own stage act. Much the same technique that Andy Griffith practiced years later.

Twain was considering doing a public lecture on his on Hawaii travels. Bret Harte and Charles Warren Stoddard felt that the performance would not be good for his literary reputation. On the other hand, he had encouragement from George Barnes at the Call and John McComb at the Alta California.

According to the author Twain “…worked feverishly on what would become an eighty-five page, ninety minute long lecture.” He made his Hawaiian travel letters into an “artless performance…with carefully practiced stumbles. Stutters, blank-outs, and pauses, a la Artemus Ward.”

I had thought that Mark Twain only turned to the lecture circuit after he faced financial problems and dept. As it turns out he had tried it, with success, early in his career.

Another thing that was interesting was on his voyage to the Holy Land, which resulted in “Innocents Abroad”, he met Charley Langdon who was the brother to his future wife. Olivia.

I recommend this book to anyone wanting  an understanding of how Sam Clemens became Mark Twain. 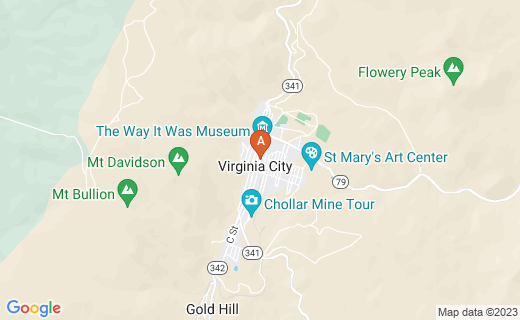