Lights Out -- Part One

Author of suspense and thriller novels that can be found on Amazon!

“It’s really dark out here James. Are you sure this is the right way?”

The road ends up ahead…

“Yeah, I’m sure. Just keep going south and you should find it.”

The road ends up ahead for everybody…

“I’ve been going south all day. I’m thinking about turning around.”

The road ends up ahead for everybody, and there is no way out…

“Don’t do that Walt! You have to finish this tonight, okay? If you turn around now you are going to cause more problems than we’ve already got.”

The road is long, and if you aren’t careful, you just might find the end…

“I’m not liking this at all James. I haven’t seen a damn thing and you’re telling me to continue? Are you mad? If I came all of the way out here for no reason… that isn’t good for you.”

Walt is driving down a dark road with no signs of life anywhere around him. He is talking to James on the phone. There is a vast thick forest surrounding him and a black sky overhead. There are no stars up there, but only ominous storm clouds which appear ready to spurt rainwater. A few lightning strikes here and there mixed with low rumbles of thunder. He can only see the distance in front of his car that his headlight beams will show. He’s moving slow thinking that if he were to travel faster he could end up hitting something, maybe a deer or some other little furry animal. He doesn’t want that to happen, not while he’s driving his brand new Chrysler 300. If he were to hit something on this dark road his wife would kill him when she sees the damage. She loves this car after all, probably more than him.

“Stop with the attitude Walt. I set this deal up a few days ago and I can assure you they are waiting for you. Just keep"”

“Now you listen to me! You may have set this so called ‘deal’ up a few days ago, but I don’t see anything out here at all. I’ve been driving all day and my gas gauge is going to hit E soon. There is nothing! No houses, no gas stations, no stores, not even a damn pull-off where I can turn around. If I don’t see these people soon I’m just going to make a U-turn in the road and go home. Do you understand me?”

His Beanie hat sits on the passenger seat next to him. There is also a small brown paper bag neatly folded closed with something inside. He had his glasses sitting on that seat as well, but has since placed them back on his face covering his eyes.

“You can’t turn around Walt! If you were to do that Marcus would send his goons after us. He would think we screwed him over.”

“I don’t care what Marcus thinks! That little shit should be happy that we even decided to do business with him.”

“He’ll be on my doorstep tomorrow"”

“And then you send him over to me! Just tell him where I live and that I want to talk to him. And when he shows up I can shove this bag right up his…”

In the distance Walt can see a small house located within a small clearing of the trees. It’s on the right of the road and there is only one light shining in the small driveway in front of it. It looks more like a dirt pull-off area rather than a driveway, but he could also see a few automobiles parked next to the house.

“Walt? What going on?” James asks. He seems a little concerned but Walt knows his worries are only for his product, and not the driver delivering it. He ignores James.

“You son of a bitch,” Walt said. He slows his car to a stop in the middle of the road. He checks his mirrors to make sure there are no cars behind him, and there weren’t. Aside from himself and the people at the house up ahead, the road was deserted.

“Walt? Do you see something?”

Walt grabs his beanie sliding it over his head. His gray hair tucks nicely into the hat, and he places his glasses on the passenger seat. He would use contacts for this job, and inside of his glove compartment box he grabs them. There is also a gun in there, a small pistol that would fit snugly in his pocket. He thought about grabbing the gun, but then decides to leave it in there thinking that Marcus would probably search him for weapons. That has happened before ending with Marcus taking Walt’s gun and not giving it back. He didn’t want that to happen again.

“There is a house up ahead James. I think that’s the spot.”

“Are you sure? Are there any cars parked near it?”

“Yes, there are two up there. I don’t see anyone standing around outside with their thumb up their ass, so they must all be inside.” He places the second contact in.

“One is a newer car. Looks to be a VW. The other is beat-up, it almost looks like they found it at a junkyard. Why anyone would drive that thing I don’t know.”

“That’s them. Walt you’ll have to pull up beside the VW and leave your car running. Don’t shut it off at all. The VW belongs to Marcus, but the beat-up car… I don’t know who would be driving that.”

“What? Why would I leave my car running? I’m low on gas as it is James.”

“You never know with these guys Walt. Marcus has a short temper, just like you actually. So you’ll want to be ready if anything were to go wrong. You might have to make a fast escape.”

“What are you talking about? I don’t have a short temper. I’m the calmest guy you’ll ever meet.”

Silence on the other end of the phone.

“Be careful Walt. I need you back here so don’t go dying on me now.”

“I don’t plan on letting you down.”

5 out of 5 stars from 1 rating of this story 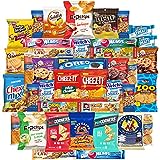