New Years Day Traditions, to keep or to dispose of???

By the standards of the old ways I would probably be called a cheater as I pick and choose which of the traditions we follow or ignore. (I don't believe it benefits anyone if because of a silly superstition anyones New Years Day would start with even a slightest shadow of a bad feeling).

According to Hungarian tradition it is against the law to serve anything like fowl on the first day of the year. ( I would like to clear up something here; as far as I'm concerned anything foul on my plate 'should' be outlawed). The reason fowl dishes were never made as an intro to day number one of the year, comes down to an old wives tale I guess. Fowl, scratches everything out and away, behind themselves. Therefore scratches luck away. So hoofed beasts are on the menu; preferably pork as Miss Piggys strong snout digs up good luck and pushes it in front of her. (I know it makes no sense, seriously who is the lucky one here the pig on the plate or the chicken scratching in the barnyard?

New Years Eve, 12:00 sharp the back door had to be opened just a split second before the front door. One of the young people of the family would wear a top hat with the old years date on it. He/she would exit by the back door then change the hats date to the new one. And come to the front door and be invited in. (In Canada we're always hoping for a non-blizzard night).

Also the oldest person present lines up all others present and hands them all a small coin as a prosperity symbol for the coming year. New years day 1970 Gramps got all excited because he found an antique dealer who had 'dubloons' for sale. He said we would never be broke ever again as we could never spend the coins. For us girls he had drilled a small hole in them and put them on a chain. The guys got theirs as a keychain.(Unfortunately the fall of that year we lost Grandma and Gramps never handed us any more coins after. He only lingered on for less than two more years himself.)

I still do this one but I don't like the second tradition so we skip that one. The tables centre piece was always a wooden cutting board with a loaf of bread, the bread knife, a dish of butter and a bowl of big juicy shiny red apples. (Naturally in the olden days it would have been home made sour-dough bread). The centre piece was placed on the table just before midnight. Naturally symbolizing no hunger in the next year.

New years day dinner, before anyone was allowed to leave the table and be on their merry way, we had to endure a couple of maybe weird traditions.

The oldest person present had to choose an apple from the bowl on the dinner table. It had to be sliced it into as many slices as there were people present. This symbolizes that no-one in the family would suffer hunger; the whole family would look after each other and share and share alike. We, my kids and I, think this is a nice sentiment so we keep this tradition going.

A bowl of still in shell walnuts was passed around the table, everyone had to choose one. After it was cracked, it predicted your health's state for the coming year. If your walnut was all golden and healthy you had a good year coming up, but if it was all dried up or rotten you were in for a bad year. (You know I don't think I want to put my well-being dependent on a nut so we 'Xnay' this tradition.)

For all the traditions that make absolutely no sense there are a few that just bring back the old fuzzy-good-feelings of the past.

Here is my small coin to all of you with the best wishes of a prosperous 2008, may you find lots of healthy walnuts and an apple that needs to be cut into many, many slices...

Here to ensure you have a prosperous and healthy 2009 is my coin and here is hoping that there are many around your table to share the apple with.

To keep up with the tradition, here is my coin for you with the best off wishes for a prosperous 2010, may each of the walnuts you crack be healthy and hope you have lots of family and friends around your table to share that apple with.......

Wishing you the very best 2011. Peace and harmony with all the folks your sharing your apple with.

Here is my coin and here is hoping that all of you around the table find the perfect healthy walnut. A prosperous 2012.

The years are just flying by but my sincerest good wishes to you all, may you and your loved ones find that healthy walnut.

Here to ensure you have a prosperous and healthy 2014 is my coin and here is hoping that there are many around your table to share the apple with and you find that healthy walnut. 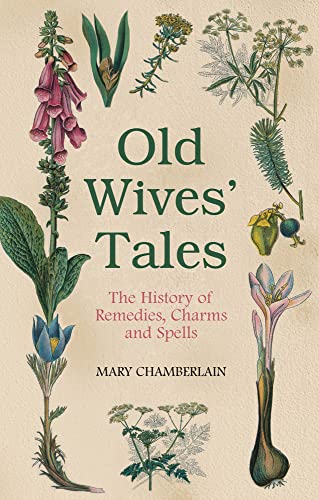