Although the novel is over-flowing with examples of incompetent and unloving parents, Dickens does provide one model of what a mother should be: Biddy. Throughout her life, Biddy filled the role of mother figure to many different characters. She was an orphan and her childhood guardian, “Mr. Wopsle’s great-aunt,” ran an evening school from her home. The old woman always fell asleep, so the responsibility of teaching the other children went to Biddy (74). After Mrs. Joe was badly injured and required a nurse, Biddy moved into the Gargery’s home. She took on all of the domestic duties and fulfilled the position of mother figure to all of the members of the family (150). Several years after Mrs. Joe died, Biddy married Joe and they had two children together. When Pip went to visit them, he and Biddy sat near the fire one night talking while Biddy’s daughter lay sleeping in her lap. “Biddy looked down at her child, and put its little hand to her lips” (490). From Biddy’s simple actions, it is clear that she is both a competent and loving mother to her children.

Perhaps, Dickens includes the image of Biddy as a competent mother amidst all of the truly incompetent parents in the novel to remind the reader to not give up hope that there really are good parents out there. In addition, several of the parents later apologized to their adult children for the way that they had behaved towards them during their childhood. For instance, on her deathbed, Mrs. Joe’s last words were a request for Joe and Pip to forgive her (302). Miss Havisham also later regretted the heartless way that she had raised Estella and the way that she plotted for Estella to break Pip’s heart. She failed to comprehend the full extent of her actions until after she witnessed Pip declaring his love for Estella and Estella’s rejection of him. Pip was later haunted by “the spectral figure of Miss Havisham, her hand still covering her heart, [who] seemed all resolved into a ghastly stare of pity and remorse” (378). It wasn’t until her revenge on the male sex was complete that she realized that it did not bring her any pleasure or reduce the pain of her own broken heart. During their final conversation, which occurred just before her accident, Miss Havisham stated that “when [Estella] first came to me, I meant to save her from misery like my own” (411). She went on to express her regret for the way that she had raised her by remorsefully stating, “I stole away her heart and put ice in its place” (412). She also asked Pip to forgive her for the way that she had mistreated him in the past (410). Perhaps, Dickens included these requests for forgiveness as a reminder to his readers to not give up hope that even incompetent parents may some day change. 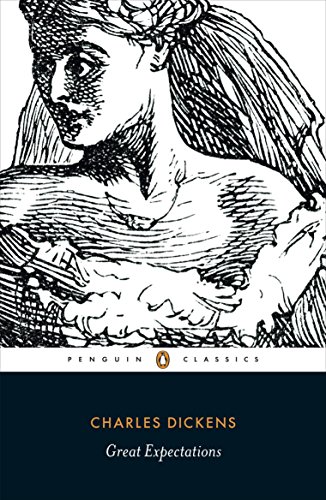