A park, where a predator can become the victim

This short story touches on some adult themes, so please take that into account before reading.

The footsteps sounded ominously in the night air, turning I looked around. My eyes flickering, over the empty street, stretching out brightly behind me, searching for who was following me in any shadows that I could see.

The store fronts proudly displaying their wares behind locked glass, The Light not leaving many places to hide.

It seemed empty but I knew I wasn't alone. Pulling my long jacket around me tightly I moved on. My heels clicking against the concrete as I hurried my steps loud on the tar as I crossed the road. Moving out of the way, of the blaring sound of a car horn, its tyre's squealing on the wet road as it swerved to avoid me.

Swearing as dirty road water splashed up my legs as it sped off, I hurried to the curb. Unable to help the shiver as the water trickled down over my knees., The black stockings doing very little to protect my already cold skin from the icy water, that was now seeping through the silk, adding to the overall misery of the damp winter night.

Looking up I hesitated a moment, before stepping thought the gates of the park. Not as well lit as the street, but I knew it better. It was used with confidence as a short cut for many locals day or night. A lovely park in the daytime it stretched for almost three blocks of city space, but it was just memorizing in the cool night air the scent of fresh flowers and wood filling the air like a perfume. If it wasn't for the time and the smell of incoming rain, I might have lingered in the beautiful gardens that dotted the walkways, the statues normal and peaceful by day, seemed Gothic and sinister after midnight. Moving on reluctantly, my feet slow on the stone path.

The sound of whistling behind me, made me stop, my senses alert as I turned slowly.

My eyes narrowing with suspicion as a man crossed the path behind me, nodding at me, the older man made his way to a lower path. His whistling fading into the dark of the night as his shoes crunched over wet broken leaves. Sighing heavily, I shook my head at myself, that man was no more dangerous than a canary. Running a hand over my hair, the curls large and frizzy in the rain I made my way along the path.

Stopping slowly I bit my lip, Unsure. The Lamp post which normally lit up the area had been smashed. The news from the night before filling my mind, shaking the memory and the old pain it brought with it away. I had to continue, there was no going back now, and all the choices had been made.

Stepping onto the dark path, my eyes moving from shadow to shadow, trying to peer into the darkness for the eyes I could feel watching me.

The tread of footsteps sounded behind me again, heavy, sure and much closer. Looking over my shoulder, I broke into a run as his teeth flashed at me in the night. Dressed all in black with dark sneakers he laughed, as he gave chase

The high heels that looked so good with my new black mini skirt now hampering my progress, as the heels sank deep into the soft turf. Pulling my feet out of the shoes, I kept running. My stockinged toes sinking into the damp grass as I veered blindly off the path.

Glancing over my shoulder as he yelled at me, I slipped, my body rolling down an embankment as his face disappeared from sight in the tangle of my dark hair. Landing heavily, I pushed myself to my feet slowly, flicking my hair out of my eyes as I scanned the top of the embankment. Where had he gone?

Damn it, moving fast, with no idea of where he was hiding, I stayed low in the small gully I had fallen into. Wincing every time I stepped on a twig or made more noise then I wanted to. For minutes I snuck from shrub to bush to tree, my eyes consonantly searching the darkness for him. I knew he was hunting for me, every shadow a potential threat as I made my way to the edge of the park.

Pausing the sound of the street and the lights of traffic just a few steps past the tree line, I still hesitated. The lights of the streets promising safely from the dark, yet I let slow minutes drag by, as I waited as quiet as I could be. I had to get the timing just right; the lights were so near…

Screaming briefly as his hand clamped down hard over my mouth. His other arm snaking up around my waist, ah he lifted me easily off my feet.

Throwing us both backwards, we rolled back further into the park, away from the street, away from help. Struggling against his weight as we tumbled, I screamed again. before he slammed me firmly under him one last time.

His legs pinning mine as he fought for control of my flailing arms. Locking them in one hand over my head, he looked down at me.

“Please don't do this” I forced myself to gasp out, as he reached around to the back of his pants. “You don't have to do this” Whimpering as the sheen of the blade now in his hands waved in front of my eyes. My entire body going still under his threat

“I like what you’re wearing” trailing the knife over my new top, he traced the outline of my breasts with his knife. “I know you wore it for me,” Lowering the blade he teased the small hint of skin above my skirt, with the sharp edge. Hissing in pain, I turned my head away “You want me to do this, why else wear it?”

“Please let me go, I won’t tell anyone, Please!” a cry of pain broke the last word off, as the blade nicked my skin. Gasping I struggled against his hold.

Placing the blood covered knife against my lips his face turning angry. “Don’t make me kill you before we have had our fun”

“Why? Why are you doing this?”

Drawing the blade through the soft material of my shirt he answered absently as he caressed my now exposed breast. Enjoying how I shrank away from his touch.

His words ran through my head as his hands molested my chest. But I no longer felt these things the way I used to. His hands moving on my skin barely registering to me, as I tried to look at his face. It looked just like the sketch they had shown on the TV. There was no mistaking the handsome face, now distorted into a cruel tight mask.

His knife cut away the sides of my skirt. The garter belt I had worn to cater to his fetish making his breath catch. Pure black silk stockings, with a matching garter belt and underwear. A trophy worth keeping, I had made sure they had fit his compulsion when I had chosen them. He was known for strangling his victims with their own stockings before stealing them for his morbid collection. Black was his preferred colour. The news had told me all I needed to know to begin my search.

Because I can, He had said. Well so could I

With that thought I broke his distracted hold on my legs, catching him off guard as he stared at the sight of my pale white skin draped in black silk. Getting my feet under his stomach before he had a chance to even realize I had moved.

With a force I had never possessed in life I kicked him off, watching still impressed by my new strength as he went flying though the bush's, His face a mask of shock, quickly turning to panic as I leapt to my feet in one easy flip.

Clearing the distance between us, I landed over him. My hand around his throat as he desperately tried to reach for his dropped knife, laying inches away from his stretched out hand.

Summoning the blade to my hand I slammed it into his open palm, enjoying the sound of fear that rang out with his cry of pain.

“Because I can” Pulling it free, I licked the blade, letting the growth of my new fangs fill his vision. Satisfaction running through me at his growing terror, the wide eyed panic that gripped him was encouraging me on.

Digging my fingers into his throat I leaned down my mouth inches from his as I ran the blade down his face.

“You should have let me go when I asked” I hissed teasing the fangs in my mouth with my tongue, savouring the taste of fear radiating off him.

“You should have let them all go”

“I’m s..s..sorry” his eyes frantic as he struggled uselessly against my hold.

“Someone like you killed me” I hissed, moving the blade lower over his chest “Now men like you are going to die,”

He wasn't the one I wanted to kill, he wasn't the one that had stolen more than my virginity, but he was cut from the same dough. A monster worse than anything I would ever become. Or so I told myself as I sank my fangs into his vein. Ignoring his gargled pleas, as I drained him, the stain of his evil filling me, as the faces of his many victims danced through my mind. Their pleas ignored as mine and now his had been. His blood rich and potent .despite the taint of his soul, I savoured every mouth full. It had been so long since I had fed properly, every drop was precious.

Gasping for air, I raised my mouth from his neck. The dark clouds finally letting loose the rain, as it sprinkled then poured. Raising my face to the fresh water I closed my eyes. No longer feeling the cold, the horror of my own past abating a little, as his blood coursed through my veins. Buttoning up my long coat I stood, my stockings stained with blood and mud as I dropped the knife onto his chest. The police would need that to tie him to the multiple rapes and murders he had committed.

The hunt had only begun, I would find the monster that had raped my body and warped my soul. But in the meantime, I had to kill to survive and there where hundreds of lowlife's like him to feed on,

After all practice would make perfect 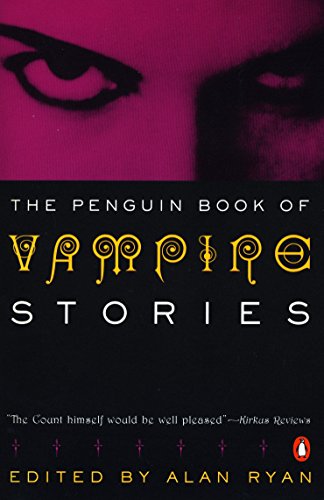