I'm not really sure why this fourth installment into the Hollywood series needed to be called The New Generation, since it's pretty much the first novel with different characters along with pretty much the same plot line.

The only thing that sets this installment apart from the others is the crossover of a few characters which were introduced in the original Wives (Montana Gray) and the private investigators from Kids (Quincy Robbins, his wife Amber and Michael Scorsinni). For the most part, it's still about sex and power.

In this go around, the action centers around Lissa Roman, an all around 40 something entertainer who's getting rid of husband number four and trying to forget that her daughter, Nicci Stone is old enough to get married. What they don't know is recently paroled criminal Eric Vernon has come to town to kidnap Nicci, thanks in part to Lissa's secretary Danny filling him in on everything Lissa does, leaving Nicci quite vulnerable.

Just like in the novel that started it all, Taylor Singer pretty much takes on the Montana Gray role. She wants to do it all- act, write, direct, you name it, she wants to do it. Unfortunately, her producer husband Larry, wants her to stay at home and be a good "Hollywood wife" by organizing his schedule and if she needs to work, help out with benefits.

What Larry doesn't know is Taylor has been seeing Oliver Rock, an up and coming writer who has promised to help her with her screenplay. The only thing these two do during their writing sessions is have sex and when Taylor learns that Oliver has sold a spec script for a million dollars (and also signed by Larry) she takes a part in a lesbian themed movie written and directed by Montana. he knows that this will absolutely kill Larry.

While Lissa prepares for her one night only Las Vegas show, she soon finds herself in an affair with Michael Scorsinni since she's afraid as to what her soon to be ex husband Gregg Lynch is capable of.

As the ladies of Hollywood dish and dine at their favorite restaurant, you'll get the sense that yes, you have read this before but only now with different characters.

It would have been nice to have some of the other characters from the earlier books make an appearance or to have had some type of update as to what was going on with them, but I guess we'll just have to use our imagination as to what could have happened to them.

Even though we've read the same story in the past, at some point again you wonder when did you get really deep into the story. Of course, it creeps up on you and before you know it, you're starting to talk to the book. 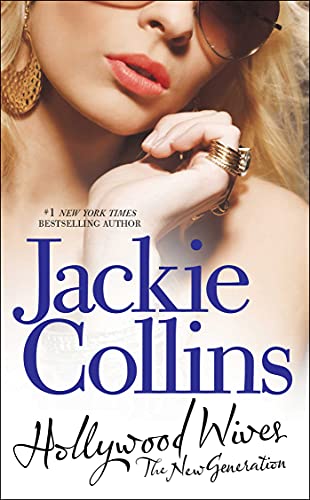