Review of Steve Hely's "How I Became A Famous Novelist"

Anyone who enjoys reading often wonders if they can write a novel. "Do I have a story in me that the world wants to read?" Along with that thought are usually underlying reasons why we want to write that wonderful tome. It may be for fame, fortune, respect...or to humiliate an ex-girlfriend at her wedding. The latter seems out of place but it's the reason in Steve Hely's hilarious take on the publishing business, How I Became A Famous Novelist .

Peter Tarslaw is toiling away at a company called EssayAides, writing college application essays for rich kids too lazy or dumb to do it themselves. It was the only job he could get a year after graduating college with an English degree. He doesn't have much going right in his life and is stuck reflecting on what went wrong with his college girlfriend, Polly Pawson. She realized he had no ambition and dumped him in their senior year.

After returning to work from lunch one day he is greeted with an email from Polly to all her friends announcing she is getting married. Peter is crushed and imagines in his mind what the wedding will be like and the embarassment he'd suffer if he attended. Instead of deciding not to go and forgetting about it he has an idea. What if he went to the wedding as a famous novelist. A bestselling writer! Well that would be different. Peter begins by sketching his four goals as a novelist; Fame, Financial Comfort, Stately Home by Ocean, Humiliate Polly at Her Wedding.

From this point forward Peter begins doing research on how to start writing a novel. But he does away with standard rules and guidelines and puts together his own rules to create a novel by using every cliche plotline and character found in all the bestsellers. This would be his template.

Now, to tell you the sixteen rules Peter concocted to help him write a bestseller would be too much information and a bit of a spoiler. But I'll give you one and it's my favorite. "Rule 2: Write a popular book. Do not waste energy on making it a good book." It's these types of rules that really make this book a humorous and often hilarious read. As he plots and plans the book, he realizes one problem. He has to physically write it.

Peter believes that he should be able to write quicker and easier if he follows his heros writing lifestyles, drinking, drugs, etc.. This leads to another set of funny setbacks and struggles as he tries to simply start the book not to mention produce a finished product. Struggling along we get to read parts of this ridiculous novel as he writes. It becomes a book within a book. 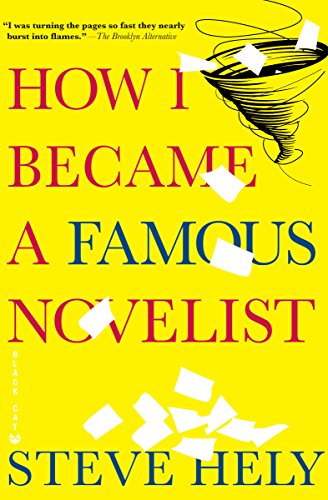 How I Became a Famous Novelist
Buy Now

To his surprise after a rough start and some bad publicity the book takes off and Peter gets his wish of having a "famous" novel. He embarks on hilarious book tours and conventions. During the interviews and bookstore readings he finds it more and more difficult to dream up deep thoughts and insight on how he came up with the ideas for his book. This all leads to a funny scene with Tarslaw battling his writing heros at conventions and through the press. And it all careens toward the only reason he wrote the book; to get revenge on his ex-girlfriend at her wedding. I read that part twice it was so good.

Real author Steve Hely has written a fun book. Plain and simple, How I Became a Famous Novelist is full of absurd situations and almost believable plotlines. Hely leans on a dark urge that resides in everyone. We all love a little revenge now and then and the more creative the better.

Hely has written for The Late Show with David Letterman and American Dad . He is also the co-author of the comic travelogue The Ridiculous Race . 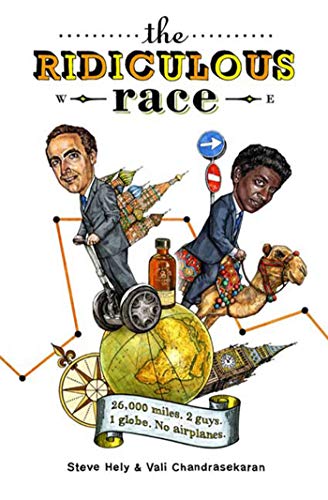